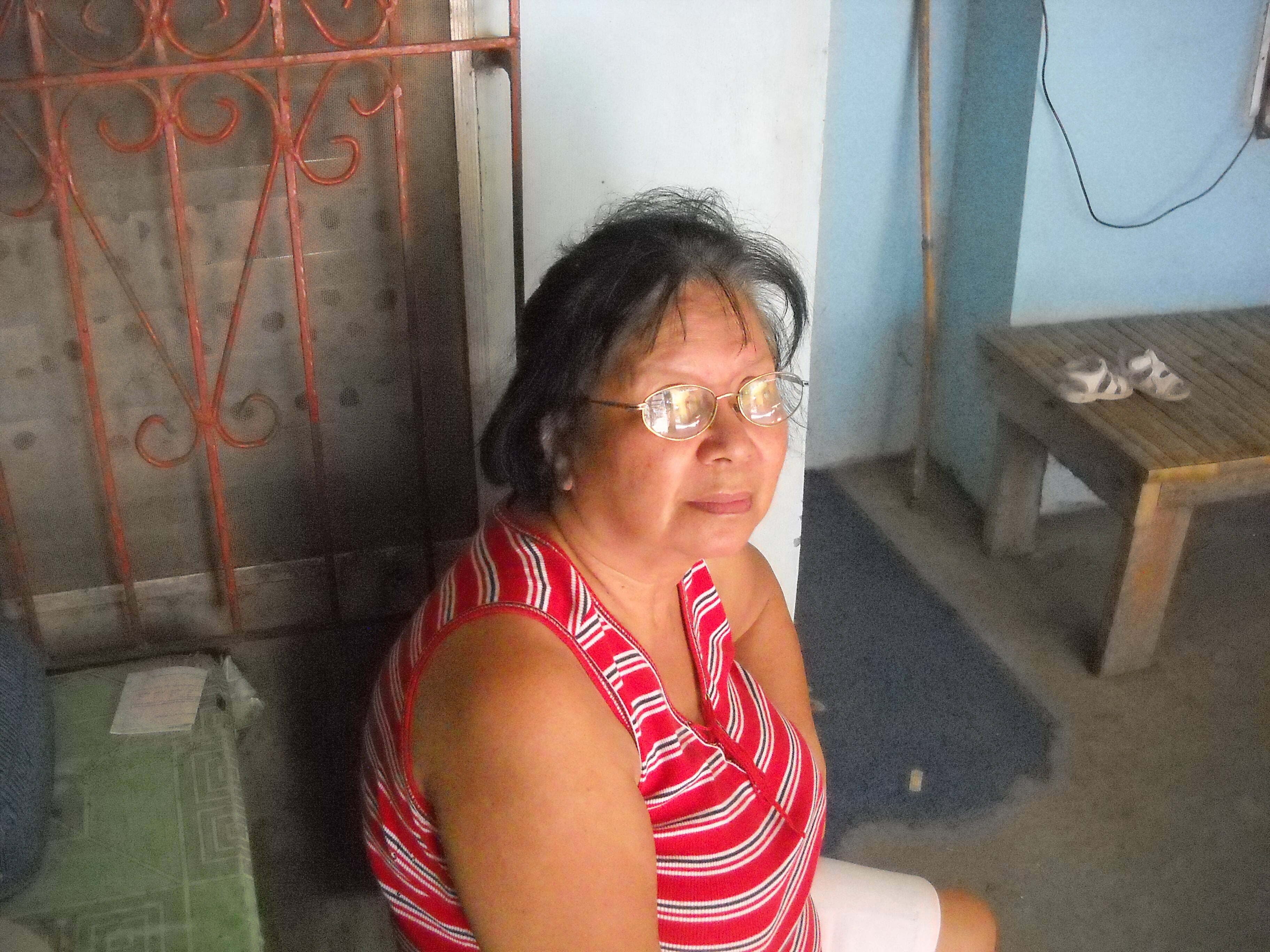 I hope that you were able to read my last post Zine Entry #62 – Power Me Up Scott.  It had some good stuff in there I thought.  Now it’s only 6 Dec, but Lita has already bought and distributed some Christmas presents.  Also we have had another shelf built.  Plus we have been experiencing a few brown outs recently.  Hey I just realized that I have the spell correct thing on here now.  You know for when my fingers go too fast or backwards.  It works on most words.  Well lets get on with the new information.

Lita bought a lot of cologne and perfume for some of the people around here for Christmas.  As I mentioned, she has already given them out.  She didn’t want to bother wrapping them.  She use to like to do such things, but not anymore.  Of the 3 cologne’s she bought, she gave me first choice, which is how it should be.  Titing got the next choice, because he was here and Mar got the final one.  They are not the cheapo things either, although they only cost P400 each.  Well Lita did make sure to get a bulk discount because she bought 7 of them.  I’m thinking that ‘maybe’ they were contraband from Tacloban, but I don’t know, just thinking that ‘maybe’.  The brands I remember are Ralph Lauren, Calvin Klien and Red Door.  I got a squirt of one to see how long it would last and it lasted all day, so they are the real McCoy.  I got the Ralph Lauren cologne.

Lita had Ninoy (our carpenter, not the President of the Philippines) build a new shelf yesterday.  She got tired of the pots and pans being on a table by the back door so he built a 5 shelf cabinet to put them in.  They are still by the back door though.  Titing just had Ninoy rebuild the roof over the back patio.  It was full of holes.  He now has plenty of aluminum sheets up there.  It sounds cool when it’s raining hard.  Ninoy should have plenty of money for this Christmas after all this.  He gets P350 per day, but of course we pay for all material and make sure he gets to eat for free, plus whatever he wants to drink (non-alcoholic).

Juvic is letting me borrow one of her cell phones while mine is taking “6 months” to get back from being repaired.  She got a new plan at Globe that gives you a phone and a tablet, so this phone was extra.  It had a pink cover on it and I told her I would use that, but she said I didn’t have to use the cover.  The next day she bought me an orange cover for it.  I like the cover.  I did get a few pictures with the camera in the phone, but I’m waiting until I get to the right place in the posts.

On Saturday night Titing “forced” me to drink some Red Horse.  He bought a case of 1 liter bottles (6 liters) and wanted me to share.  In the spirit of international relations, I had to say yes.  I didn’t want to start an international incident.

On Monday and Tuesday  (9th and 10th) we had several brown outs.  The longest one lasted only about 30 minutes though.  The first one, on Monday, last just long enough for me to ‘almost’ get the computer logged off.  I was surprised that it didn’t last about 5 more seconds for me to press ‘log off’.

I went downtown with Lita and actually found some shorts that fit me.  Nice ones too, cargo shorts.  We found them at the little clothing store right next to Raccar grocery.  The price was P799 (about $18) per pair, which is actually slightly less expensive then the last ones I bought like this at Walmart in Texas.  They were $20 plus tax.  This are of good quality also, so I was really taken by surprise.  It’s the first clothes of any kind that I have found in all the Philippines that will fit me.  They have plenty of large shirts also, but not so large to fit me.  They didn’t miss by much of fitting me though.  After I get a few pounds off, I think I will head back over there to check out what they have.  I think that most everyone else I know here could find something good there though.

I had a little experience with Xoom today.  I received a donation through them.  I’m hoping to start getting my paycheck through Xoom from now on.  The fees at Bank of America just went way up and it’s totally ridiculous.  I got caught off guard for the last check, but I won’t again.  It now costs me about $12 per P10,000 withdrawn.  That’s about double what it was just the previous month and ever since I’ve been here.  I needed to get away from using the ATM every month to withdraw my money anyway.  This just makes me want to do it faster.  I already have a Xoom account, I did that several months ago when I was thinking about it, so I will try my first transfer, probably on 2 January.  I don’t foresee any problems, but the fear of the unknown is with me.

For this next year, I’m determined to lose weight.  I figure I need to start with my diet and the first thing with the diet is to limit my sodium intake.  My goal for 2014 is to lose at least 50 pounds, so slightly over 2 pounds per month.  Not an unrealistic goal at all so I hope to be able to achieve it.  On 1 Jan 2014 I plan to weigh in and then on 1 Jan 2015 weigh in again and I know it will be at least those 50 pounds.  Things that I have started already and at least cut in half is the sodium intake, the amount of rice I eat and the number of Mountain Dews I drink per day.

When I make my stews and add less sodium, but add dried Sweet Basil and Cilantro, then it still tastes good enough.  I now eat about half the rice I normally did and I went from about 5 bottles of Mountain Dews per day down to one.  I hope to eliminate the Mountain Dew all together, but that could prove to be difficult around here.  Any suggestions on substitutes?  I already drink plenty of water and hot tea, so something else if you have suggestions.  At times Lita will make chicken broth by boiling a chicken and I will use that to make my stew.  When I have that I will not add anymore sodium to what I cook.  She probably puts something in there when she boils it anyway.

As far as exercising goes, well I know I need to do it, and I can.  I can at least physically, but getting started is hard.  I do like to walk and walk downtown often, but not often enough really.  It’s also hard when it rains so much.  That is why I was hoping for the gym at the Ciriaco.  It would be easy to get there and back.  I figure with some good exercise, but not too many of them yet, and the other items I mentioned, I would hope to start seeing results pretty quickly.  I’m thinking of putting an area on the blog that gives like a weekly status of how I am doing.  If I know that someone else is checking on it, then I’m apt to do better.  Of course if I had someone to go through it with me, then I really would do better.

Well time to end this post.  In the next post, Lita is already tempting my losing weight.  We have brownouts galore and it’s about time my computer starts getting some attention.  I tried to put more pictures on this post, but I can’t get the pictures off the camera Juvic let me borrow.  It’s not like the other one I had and I’ve tried several ways to retrieve them.  Maybe by next post I’ll have it figured out.