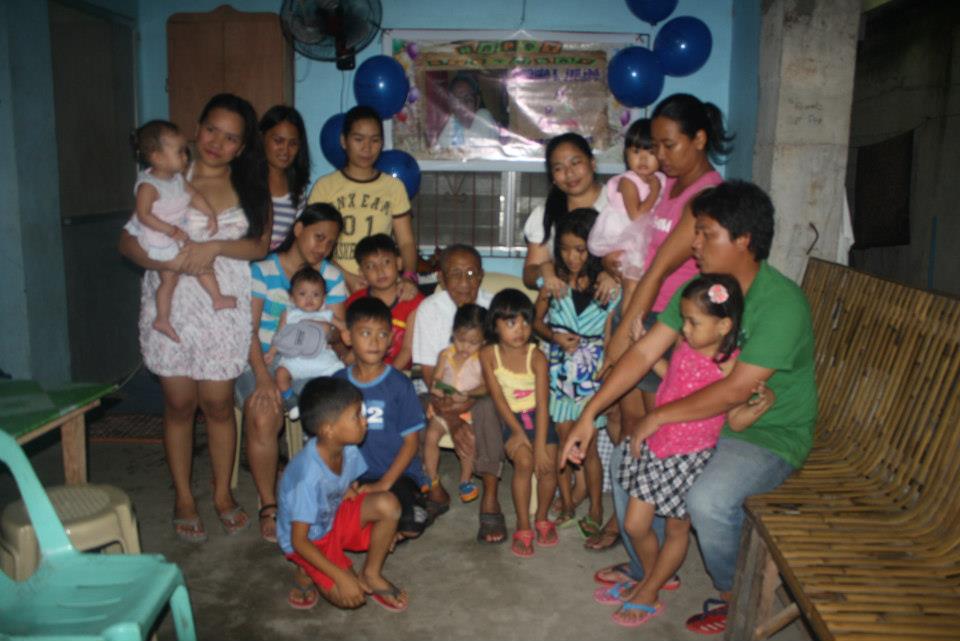 As I was closing out Zine Entry #60 – Pot Luck Phone I mentioned that I was thinking about rodeos.  Well after that I found the Masbate website and added that in.  That’s what that “added in” was all about.  Let’s get to the happenings of Monday the 25th.

Monday morning, as a restless night, I had my pan de sal for breakfast.  Most people here eat the pan de sal with nothing on it, but they like to dip them in their coffee.  I’m not a dipper but today I decided to try something a little different.  I put some Star margarine on it and grill 6 of them in a frying pan.  I grilled the inside first and when I turned it over I added some peanut butter then a 1/2 of a large marshmallow.  We don’t have any marshmallow fluff here so I was compromising the best I could for making a fluffernutter.  My mother showed me how to make these things long ago and when I get a chance I like to make them.  I let others try it and they say it’s okay, but they didn’t eat it all.  I think they were just being nice, as usual.

We got our water and electric bills in.  As I predicted, the water bill was higher due to the excess number of people that have been here recently, but it was only slightly higher.  Of course the electric bill was lower since we have not had power for over 2 weeks.  It seems that this outage caught both utilities in mid billing period.  That’s okay because that should mean that we get 2 months worth of bills that are no so high.  Anyway this is how these recent bills came out:  Water – 22 Oct to 22 Nov – P2228.50 – that is only about P300 higher than normal.  The electric bill was P2572.50 – 22 Oct – 25 Nov.  That is P1400 less than the previous bill.  I’m expecting next months electric bill to be less also.

This evening most everyone stayed out by the street talking until about 8:30pm.  Lita was ready for bed already, so we headed in.  She has been going to bed early since we’ve had the brown out because she gets bored without her soaps to watch.  About 15 minutes later Titing showed up with some cold Pepsi so we went back out to get some.  I am not a big fan of Pepsi, but since it was cold, I had some.  There was no ice at the docks this morning, but we are hoping for some tomorrow.

Once again I got a crappy nights sleep.  In fact I was up at 0100 to take a tabo (wash with bucket water) to cool off because the water is also turned off at this time.  It was much easier to sleep after that.  I crawled out of bed around 0615 and about a dozen people were already up and moving around.  Just a note here:  Supposedly this tabo is also an alternative to toilet paper, but I personally have never used it for that and have not been in a situation anywhere that did not have toilet paper.  I hope I am not in that situation either because I would not know how to use it properly.

Lita wants me to go by the Globe office to find out about the phone plans.  They have at least 1 that offers a free phone and a tablet.  Lita says she wants the phone that I just sent in to be repaired and I could keep the phone and tablet from the plan.  I’d rather keep the phone I bought and give her the one from the plan.  I will keep the tablet either way.  I’m sure I’ll be able to get my way on this, although I normally do not get my way.  Juvic will go with us because she also wants to get one of the plans with a phone and tablet.  I will have to change shirts again before we go.  It will be my 4th shirt in 2 days.  I sweat a lot without my fans.  Pam will wash later, so I’ll have all my favorite shirts soon.  Oh great!  It just started raining.

Okay, now we are back from the Globe office and things did not go so well.  It seems that without a special ID, I can not get a phone plan in my name.  They have a list called “Special Requirements for Foreigners”.  I don’t remember all the ones on the list, but the I-card was the one that I recognized and probably would be the easiest for me to get.  For now we decided to just have Ramil apply for the plan, since my internet is in his name anyway, and when/if the plan ‘of my choosing’ is approved, I’ll just be the one to make the payments, just like I have been doing with the internet.  Speaking of internet, I also plan to upgrade that to 2mg.  That plan comes with free wifi.  That’s good, then maybe people won’t have to stand by the street to try to pick up the wifi signal from the Ciriaco.  When/If my phone gets back in ‘6 months’, I’ll see if I can add it to the account.

We did get ice this morning.  Pam had to wait in line for about 2 hours, but when she got up front, there was still ice available.  It is still P100 per block, but we split the cost and the ice with Neneng.

Well now it’s the beginning of another day.  This day happens to be Wednesday, Nov 27th.  There is a rumor going around that the electric circuit will be tested tomorrow.  If it is successful, the power should return.  If not, we will continue waiting.  I’ve learned that Samelco has placed an unofficial deadline of 1 Dec on themselves to get the power back.  That’s nice but I have yet to see a dead line me here.  With Samelco’s record, I’m not going to be holding my breath.

Ramil did fill out the application for the phone plan, but he has yet to turn it in.  He will be going there with Juvic to take care of that.  It seems that although I will be the one paying for it, my presence is not needed.  I have already informed Juvic of the plan I want and I trust her to be sure it happens if possible.