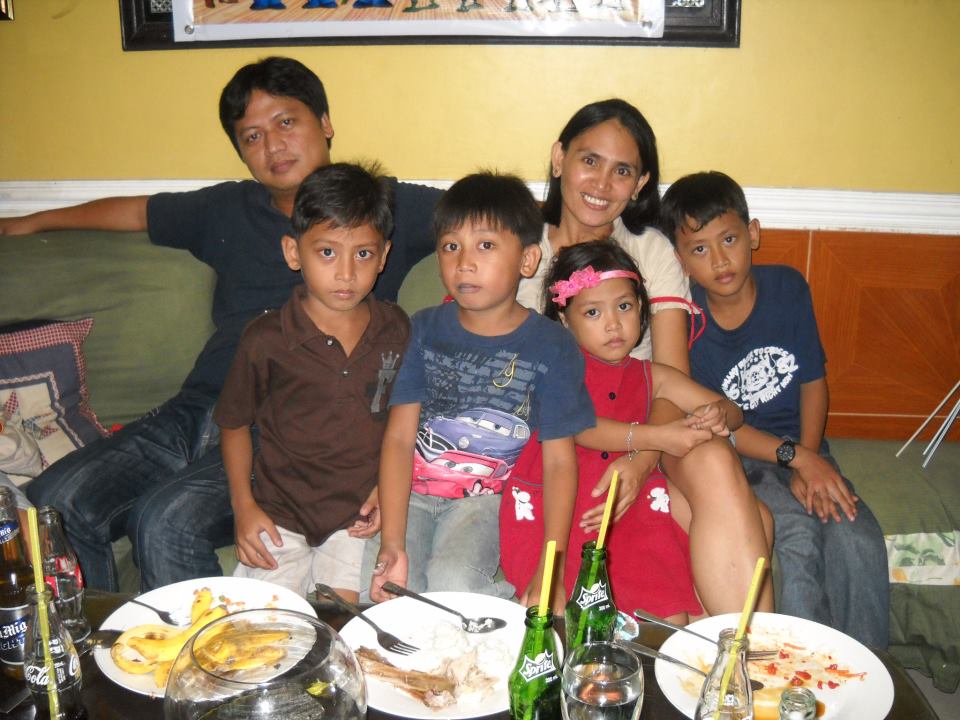 Before I get started on the information for the next post I have something I need to share with y’all.  The advertisements that I have on my site are not showing up on my end.  Now I hear that they are showing up on the readers end (your end), but I’d like to be sure.  Let me know whether or not you see the ads.  You might just as well click on one or more of those ads, if it’s there, while you are at it.

That’s the first time I actually used one of those smiley things from my new admin tool bar.  Anyway, please let me know of the status of those ads.  I need to figure out why they stopped showing up here.  I probably did something dumb, but I hope to figure it out soon.  Time to continue with what was happening around here.

At the end of Zine Entry #57 – Slow Internet/Broken Phone I just ended Sunday by wondering if Lita and I would end up going to a hotel for a couple of weeks or just saving the money and sticking it out, however long it’s going to take.  I was also waiting on Juvic and/or Ramil to go with me to tell them about my phone being messed up.

So now it’s Monday, November 18th.  The kids are getting ready for school and we are approaching 245 hours without power.  The way things are going and from what I’ve been hearing, there may be a “1” in front of that 245 before it’s all over and done with.  It’s sad, but typical, that they were not ready for this problem, but what is even sadder is that they probably will not be ready next time if it happens again.  Of course we were not ready either, but we don’t have as much money and resources at Samelco.  We hope to rectify the problems we had that left us in the dark as soon as possible.  A nice generator would do wonders for that.  That is our goal here, to save enough money to get, not just any generator, but a ‘good’ generator.

I am sitting out front by the road at the moment of writing this.  I just finished my mug of hot chocolate and my 6 pandesal with peanut butter.  There are a lot of children walking by on their way to school.  Most of them seem to have to take a long look at me as they go by.  Some of them even stop and stare.  I usually just stare back or ignore them until they go away.

Our neighbor (Jeffrey) that sells the vegetables came by awhile ago selling okra.  We still have plenty of okra though.  I told him to bring by some of the kangkong (water spinach) by and I’ll be sure that we buy some.  He had some nice looking okra though.  It look nicer than the okra that we now have in the kitchen.  I think we bought ours at the wet market.  He sells his okra for P10 per bundle and there are a dozen in the bundle.  I often see him pushing a cart down the road, raiding trash cans for and picking up plastic bottles off the ground to recycle.  He is pretty enterprising so I don’t mind buying from him as often as we need the vegetables.

Ramil is suppose to come by during his lunch today to go with me to find out about my phone.  We decided on Ramil because his friend is the manager of Christainson’s, where I got the phone.  If he is not here by 1:00pm, I’ll ask Juvic again.  If she is not around or can’t go, then I’ll just go by myself.  Lita doesn’t want me to go alone because sometimes, when someone is just to incompetent, I tend to get mad and yell.  Of course it takes a lot for that to happen because I have a high boiling point, but it does happen.

I am making a couple of lists.  One is for new things for me to learn and the other is for things to do.  I make a lot of lists though and I usually fall short of completing them.  I hope to get at least half of these done though.  I will share the contents of that list in another post.  I want to get at least a dozen things in each category before I reveal it.

I also got an idea for a new blog, but it will not be original material.  It will be about things I find online that interest me.  It will be things that I have wanted to know, and looked up, or things I just happen to come across while surfing that peaked my interest.  Actually I have started that blog already and have 3 or 4 entries in it already.  You can view it at the following link if you want to check it out:  uj5ws.wordpress.com.  I wish I could figure out some original material to blog about.  I don’t know that many things though.  I’m sure that with some research I could figure out something, but at the moment it’s just not registering in my mind right now.  Update:  I actually do have 2 other blogs with original material.  They are not big blogs and are both still under the free wordpress themes.  IF they seem to be a hit, I’ll probably go ahead and get away from the free theme and get it out in the mainstream more.  Those 2 blogs can be viewed at these links:  ujstories.wordpress.com and ujpoems.wordpress.com.  The first one only has stories right now that have already been in this blog, so if you have been reading for a long time, maybe you have read them already.  The second one has poems that either I wrote or my father wrote.  I think my dad writes better poems than I do, but I’m trying.  Let me know if you like any of it so I can think about making it a more publicized blog.  Also please let me know why you don’t like it, if you don’t.

Okay so Ramil showed up about 12:20pm and we went to find out what options I have with this phone.  The news is not so good, but I guess I really didn’t expect it to be.  The phone is under warranty, but it must be sent to Manila to be repair, since there place in Tacloban is not operational right now because of the typhoon.  I can understand that.  What I can not understand is why it is going to take “6 months” to get the phone back.  No, I didn’t stutter, 6 months to have a little power button repaired.  I have only had the phone for 20 days, but no replacement phone can be given if I’ve had the phone for more than 1 week.  There are no exchanges and no refunds.  The only options I seem to have was to bring the phone home, messed up or sent it to Manila for repair.  Ramil was doing most of the talking, that’s why he was there, but when he turned to ask me what I thought about it, I told him.  I told him that I thought it was a pretty stupid policy and that I don’t think I will be buying anymore products in this store.  I’m thinking Ramil was wishing he was somewhere else.  Maybe this is an all Philippine policy, I don’t know.  Maybe I should just go to Japan or Korea to buy things on base.  That would make for a long commute for repair problems though.

Instead of riding with Ramil on his motorcycle (which is how we go there) back to the house, I walked.  I walked around downtown and all the way home to clear my head and vent frustration a bit.  I explained to everyone what had happened and no one seemed surprised.  That’s pretty sad too.

Next post I will tell about a new vegetable dish I made and about a birthday party I went to.  I got to see Jollibee (in person, kind of).  But will there be power at the party place?  Also I may be able to borrow a laptop to get some posts out faster.  We’ll see.