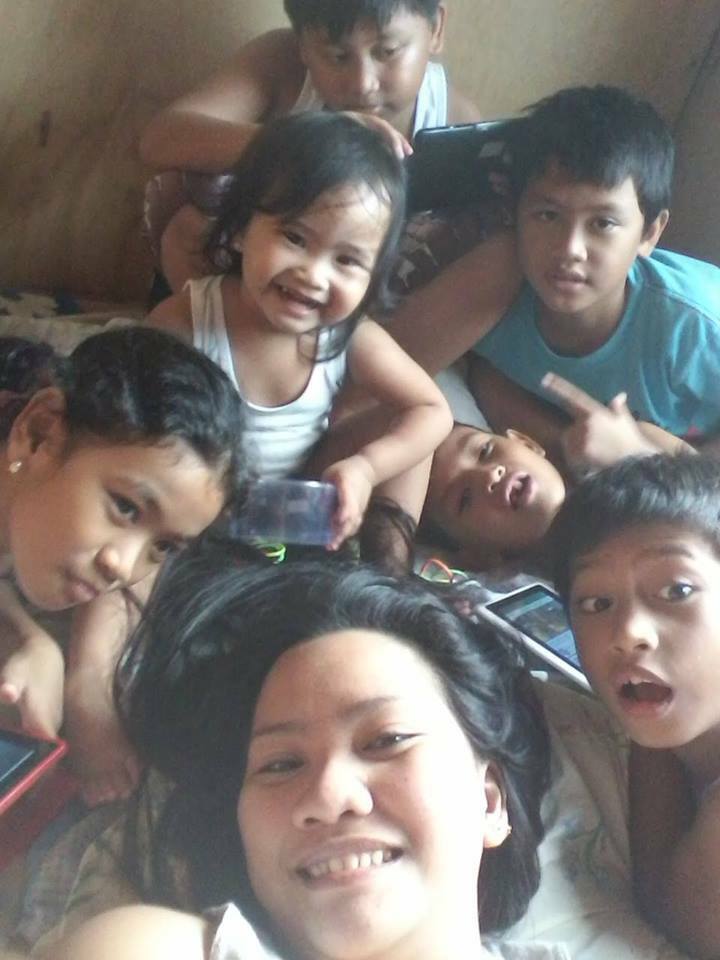 The days of of 7 June through 9 June were some pretty eventful days for me and I did not even leave compound.  I had several small and large incidents during that time frame. Nothing life changing, but close on one of them.

I also wanted to let all y’all Space A travelers know that I have a new Page to tell your good or horror stories about flying Space A.  Please leave your story there so others can learn from what you now know.  You knows maybe someone will leave something for you that you didn’t know or something you wanted to know.  It is a page in my  UJ Space A Base Info blog. Or you can just go to the blog and click on the Page.  Here is the Page link: UJ Space A Base Info-Space A Travel Experiences.

I hope everyone had a great Father’s Day.  Here is a picture of my father (and mother).  I need a current picture, but he really hasn’t changed that much. 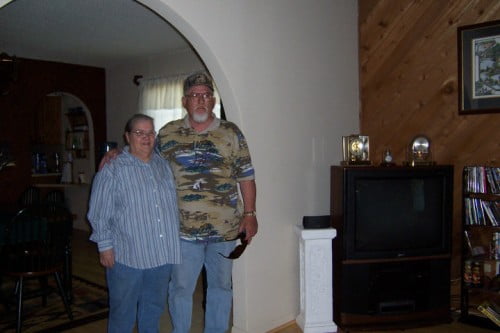 The relatives were down in Tambis getting the paperwork together to sell some property.  Of course being the Philippines, there is a lot more to it than anyone knows.  They had to come back, but Titing went down again today (16 Jun) to take care of the rest of it.  Neneng also went with him so he would not be by himself.  That means no bbq today, but Chatty stayed behind and has had the bakery open all day.

This past Thursday night (the 12th) we had a little problem back in Neneng’s house.  It seems that they had an overloaded plug and it popped and caught on fire.  I was here in the computer room and heard a lot of commotion outside so I went to investigate.  By the time I got there with a bucket of water, they had already taken care of it.  Yes I know you are not suppose to put water on an electrical fire, but I didn’t know it was an electrical fire at the time.  There was water in the floor, so it looks like someone did throw water on it.  They already had the electric turned off by the time I got there.  I had to comfort Neneng a little bit because she was really nervous, but she seem to be okay in just a short while.  Titing was not here, he was in Tambis with the other relatives about selling the property.  We did not want to turn the power back on until the next morning so she slept upstairs in the extra bed.  Titing returned the next day and they have since moved back into the room, so it looks like things are okay now.  I’m betting they will be a lot more careful on too many plugs in one outlet now. 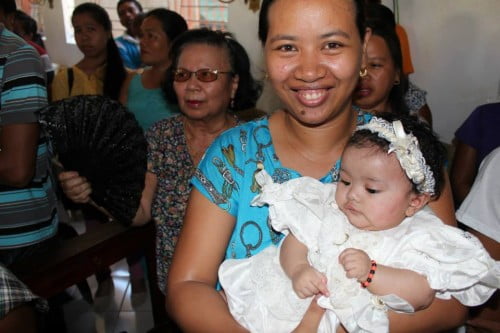 This is Cathy with her youngest baby Christina Patricia at Christina christening.  That’s Lita and Neneng lurking behind her.

As for my telephone being messed up, well it is finally fixed.  The problem was not really with the phone, but the phone service.  When I had the 5mg installed, it changed my phone service also and only local calling was installed on it.  Juvic got it fixed and they took care of it in only a day, so it’s all good again.  The reason I wanted that phone service was to call the Embassy in Manila, but I got an answer on my e-mail first.  It seems that they do not process ‘renewal’ ID cards on the spot there.  They will do ‘new’ IDs though.  The ‘renewals’ they send to the States to process.  Seems silly to me, but that’s what I was told and another lady on one of my Facebook groups was told the same thing when she called. 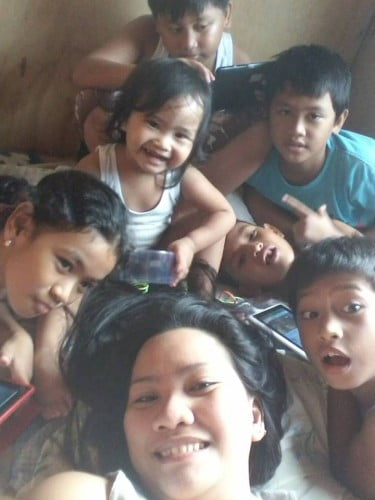 So it looks like when Lita and I get ready to leave in August, we will be taking a commercial flight to Guam, get the ID renewed there and try to get a Space A flight out after that to somewhere in the US, hopefully to Texas or at least someplace close.  I’ve been looking at flights from Manila to Guam and the least expensive I have found is $209 one way each.  We decided on Guam so we would not have to worry about the problems of the return ticket, since Guam is a US territory.  If y’all know of a less expensive commercial flight, please let me know.  We have to be out of country by 27 August, unless we get another extension.  That’s something we have been debating, but at this point it looks like we will be leaving in early August.  I wanted to wait until about the 20th, but Lita would like to go right after payday.  Most likely we would be coming back right after the payday in September or most likely after my Mom’s birthday on 5 September.

Last item for this post.  I wanted to find out what y’all think of my new CAPTCHA.  Is it causing anyone any problems?  I was still get some SPAM with the old CAPTCHA, so I figured I try a new one.  I wasn’t getting that many, so if this one is causing anyone problems, I’d rather put on with the SPAM then cause y’all problems.  Let me know.