[smartads] I took some more pictures, but not anything great or really new.  I guess I’ll use the ones I have for this post though.  Maybe I’ll get some more on Saturday when I go downtown.  I may even go on Friday.  As you may know by now, I get go just about anytime.  I hope everyone enjoys the post for today and let me know if you need help with something.  Be sure to click on the pictures for additional information.

Useless Knowledge: The squirrel monkey’s brain accounts for roughly 5 percent of its body weight the largest percentage of any animal. The human brain, by comparison, makes up about 2.3 percent of body weight. 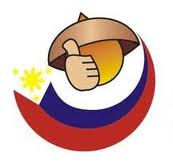 I was up before 0800 this morning.  I even shaved before 0800.  I was starting to scare Casandra with all that hair on my face.  At least she started looking at me different until I finally did shave.  It gets too itchy anyway.  I don’t see how people can have a beard.

I’m in the process of trying to rearrange this website a little bit to help it make money.  I’m getting assistance from someone that knows what they are talking about.  I’m glad and I hope I can do everything that he is mentioning, just as soon as I figure out how.  None of this will change the content of the blog that I know of at this point.  I should only be adding some minor things like links to affiliates and probably get rid of most of the advertisements on the front page.

I’m thinking about adding another page with all advertisements on it and making that the page that comes up when you first come on the blog.  The main concern I have there is that when someone new comes to the blog, maybe they will think it is just a bunch of ads and decide to leave.  Maybe if I also had a prompt to skip all that and continue to the website, it wouldn’t be so bad.  It’d be just that one page.  If it tried to do more than 1 page and start doing a lot of pop ups, then I wouldn’t do it.  I know I hate it when that happens and I wouldn’t put that burden on someone else.  Even I don’t mind just one page though.

Instead of or most likely in addition to that, I could add a page and just treat it like a regular page and let readers go there if they want to.  I figured that if it’s there when they first get on, it might remind them of something to check out.  If not, then get rid of it and you wouldn’t have to worry about it again until you logged on again.  If you think of something after you are already on, then the page would be there to check anyway.   I’d like to make money from the blog, but I don’t want to turn people away from the blog either.  Anyone have any thoughts on this?

Useless Knowledge: Peter llyich Tchaikovsky was supported by a wealthy widow for 13 years. She stipulated that they never meet, and they didn’t.  (I guess this lady really liked his music)

I opened the store for Lita this morning.  She is out there now, so that means no fan in the computer room.  It’s hot in here, but I’m just checking my comments and my e-mail.  I’ll get the fan later and and do some research on things and write down some more notes.

Well I know it’s a weird time thing, but it’s later now, and I have the fan.  Lita fell asleep in LolyKat and I ‘borrowed’ the fan.  It’s raining outside pretty hard and that is creating a nice cool breeze.  I figured that with that breeze AND the fan, she might get sick, so I took the fan.  That’s the story I’m going to use if she complains anyway.  (She never did complain or even bring the subject up).

I found out today that website visitors are able to chat with each other using that Envolve.  There were 2 guests (as Envolve calls them), Sam and Ann, saying, “Hi” to each other.  It wasn’t much, but it seemed like they each saw it and that is good enough.  So if you are on the blog while someone else is, you can chat with each other.

Also with Envolve if you want to ask me something you can also do it there, in addition to the comment section.  The comment section is easier for me, but I can either one, and have done them both.  So far I must say that this Envolve is a handy thing to have and I would recommend it to be used if you have a blog and want to have a chat with it.  It’s better and easier to set up than the other ones that I have tried to put on this website.  They were all to difficult to understand.  I guess this one was easier because it is so similar to Facebook.

I was thinking today (now yesterday) of putting the 27th and 28th of June all on one post.  They both do not have much information.  Well they both didn’t have much information, but you know that sometimes I start typing and there is just no telling what will pop into my head.  Some of it I have to erased because … well because this website is only rated “R”.  So I decided against using both days.  I’m going to try to stay committed to doing only 1 day at a time, even if that means the post might be a little shorter than normal.  I’m sure with all my blah, blah blahing, I can extend it so it won’t look too bad.  Sometimes the subject might not exactly be Philippines related directly, but since I am in the Philippines, it is related indirectly.  If for some reason I run out of things to say, which I doubt, then it will just be a short post.  No big deal.

I set up an e-mail address for Fran Jessy Trading today.  That is the name of Titing and Neneng Pepsi business.  I’m not sure what they are going to use it for yet, but they told me they were thinking about getting one, so I set it up for them and gave them all the information.  Neneng has probably changed the password by now.

Useless Knowledge: George Armstrong Custer’s younger brother, Thomas Custer, was the only soldier to win two Congressional Medals of Honor during the Civil War. He joined his older brother’s regiment and also died at Little Bighorn.  (Isn’t that sad.  I’ve never heard of a man that won 2 Medals of Honor, but I have heard of someone that made a goof and got all his men, including the medal winning brother, killed.  I wonder if George even got one)

I think this post turned out fairly good and a little longer than I figured (but that’s normally true).  Please don’t forget to let me know if y’all need for me to try to help you with something or if you think of something you’d like to see on this website.  I appreciate y’all stopping by to read. 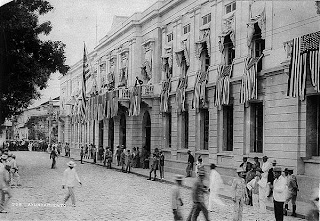 1571 – The first session of the Ayuntamiento is first held in Manila, Philippine islands, during  the early decades of Spanish colonial rule in the Southeast Asian archipelago; also known as cabildo, the ayuntamiento was a colonial administrative council governing a municipality, with every Spanish colonial municipality in the Philippines (and the Southern Americas)  theoretically each having an ayuntamiento; ayuntamiento edifices were often excellent in  style, as seen in the Manila Ayuntamiento, which would later also be the site where imperialist  representatives Spanish Governor General  Jaudenes and American General Wesley Merrit will  sign the official change of colonial power over pathetic colony, the Philippines, some 300 years later when the future emerging imperialist, the Bald Eagle nation, will con the Filipino freedom fighters into thinking the United States is an ally against Spain during the Philippine Revolution and will honor Philippine Independence,  forging an alliance with them during the Spanish-American War but subsequently stealing their independence by staging the infamous Mock Battle of Manila that falsely showed to the world that it is the Americans instead of the Filipinos that defeated the Spaniards in the Philippines and later signing the de facto baseless December 1898 Treaty of Paris .