[smartads] I do have a few new pictures but not enough to have a good showing on the blog.  I’m going to wait until I get more.  In the meantime, please enjoy pictures of another city within the Philippines.

Early in the dawn, of history,what come to be know as Tarlac today once a thickly-forested area, people by roving tribes of nomadic Aetas said to be the aboriginal settlers of the Philippines.The name ‘Tarlac’ was derived from a ‘Talahib’like weed called by by the Aetas”Matarlac”. Along the year, the word ‘MALA’ was removed and shotened to ‘TARLAC’

Tarlac was the last province in Central Luzon created by Spanish Colonial Goverment.Tarlac started as a Spanish Commandancia Militar(establish in Tarlac town in 1860} which policed the towns of Mabalacat,Porac,Magalang, Florida Blanca, Bamban, Concepcion, Capas, Tarlac and Victoria, all town of Pampanga, In 1871, ny virtue of a royal decree,the above named town were grouped together to form newly created province of Tarlac. In 1873, further reorganization was made.Mabalacat, Porac, Magalang and Florida Blanca were separated from Tarlac Province and returned to mother provincce Pampanga.On the other hand,then the Pangasinan town of Anao, Gerona, Camiling and Paniqui were transferred to Tarlac.On May 28,1873, Tarlac was inaugurated as an ‘ALCALDIA’ or a regular province Philippines

In Beweeb the year 1874 and 1874 a margin of 23 years Sta Ignacia and Mayantoc and San Clemente, all barios of Camiling, became independent towns, O’Donnell and Murcia, from Capas, Moriones of the town of )’Donell, Pura of Gerona, Moncada of Paniqui, nad Lapaz of Tarlac.These added to the existing nine towns. The new set-up did not last long.On recommendation of the Philippines Commision 0f 1902 (American Administration{ the smaller town were turned barios to be made integral parts of town close to them.With this reconversion, important record and documnets of the respective towns were turned over to town they were attached.

In 1907 and 1922, San Manuel (bario of Moncada)and Ramos (of Paniqui) became towns, respectively. With the exception of O’Donell. Moriones, and Murcia, all towns reconverted into barios by the Philippines Commision of 1902 were to regain their township.

In January 05 1990, by the virtue of Republic Act. No. 6842 The Municipality of San Jose was created. The province was subsequently divided into three congressional district.

In April 1998, by virtue of R.A. No. 8593, the capital town of Tarlac was converted into a componnet City. Thus, the Province has the “Melting Pot of Central Luzon”

Useless Knowledge: Only female bees work. Males remain in the hive, their only mission in life being to fertilize the queen bee on her maiden flight. After they have served their function, the males are not allowed back into the hive but are left outside, where they starve to death.

Don’t forget to check out the links at the bottom of the page.

At 0815 this morning we had another brown out.  I found out about 0930 that this is suppose to be an all day brown out.  Oh great, isn’t that wonderful.

Jun is suppose to, maybe, arrive around noon.  No one has been able to get in touch with him to confirm this but that’s what the latest is.  Right now I plan to do the sausage and cheese crackers around 2:30pm, at least start preparing them.  Jun should be here already so he can also have a taste.  I’m really not sure how this sausage thing will go over, but I figure if no one likes it, I’ll eat it.  I’m not going to make that many of them, probably only about 30.

We finally gave in and turned the generator on about 1:50pm.  Lita was getting too hot and she gets sick when she gets too hot.  Thankfully after only about 15 minutes, the electric came back on (2:05pm).  Now we still have some gas left in the generator for the next brown out.

Around about 2:15pm Lita informed me that we would all be going to Judith’s tonight to eat.  I decided to wait to do the sausage and cheese crackers until then.

At 2:30pm Jun showed up.  He brought me some apples.  He knows I like apples because when he asked me last Christmas what I wanted, that’s what I told him.  I didn’t want him spending a lot of money on me, and he insisted on buying me something.  I do like Granny Smith apples a lot though.  He brought me 6 Granny Smith’s and 3 red apples.

I also found out a few minutes after he arrived that his wife, Luz, is not with him because she is doing paperwork for a new job.  She is a nurse and it seems that she petitioned for a job in Guam years ago, and it finally got approved.  That will be a good thing.  If they, or even just she, goes to Guam then we would have a place to stay when we visit there.  We have been wanting to go to Guam to check out Anderson AFB, especially their BX, Commissary and NCO Club.

Since Judith will be moving here in December after all, and building upstairs, I have lowered the amount needed to help complete the Blue Gazebo Cafe.  The new goal is $3000.  So far there have been no donations, but that’s okay.  If you can’t afford to spare the money, then please don’t.  We will figure it out somehow.  I do not want to burden anyone in any way.  I know what it’s like to barely be getting by.

Useless Knowledge: On August 22, 1849, Austria launched unmanned balloons carrying bombs with time-delay fuses against Venice. It was the first use of aircraft in warfare.

My little thing with the sausage last night wasn’t as wonderful as I would have hoped.  Some people didn’t try it and others that did, didn’t like it much.  I guess I’m just not used to people not liking summer sausage.  Come to find out later that some of the ones that didn’t try it didn’t because it wasn’t cooked.  That seems even stranger to me coming from people who love to eat sushi (which is raw fish) and raw squid straight from the ocean (with the ink oozing down their mouth).  But I guess it’s just a thing they are not use to and didn’t feel like trying.  Which brings me to another point.

A lot of the Filipinos here are always trying to get me to ‘try’ some of the food here.  They say I will like it.  Well they are not setting a very good example, are they.  They want me to try something, but a lot of them won’t try something that I have (summer sausage).  I guess it’s easy being on that end of the spectrum because I’m in the Philippines and they are accustomed to certain foods.  I guess they figure, if I’m here, I should try it.  The way I look at it is what I have is tastier and they should have an easier time adjusting to what I have, then me to their food.  Of course I’m sure they don’t see it that way, and I don’t blame them.

That previous paragraph might be a little confusing, but it took up some space.  I hope you understood what I was trying to say. 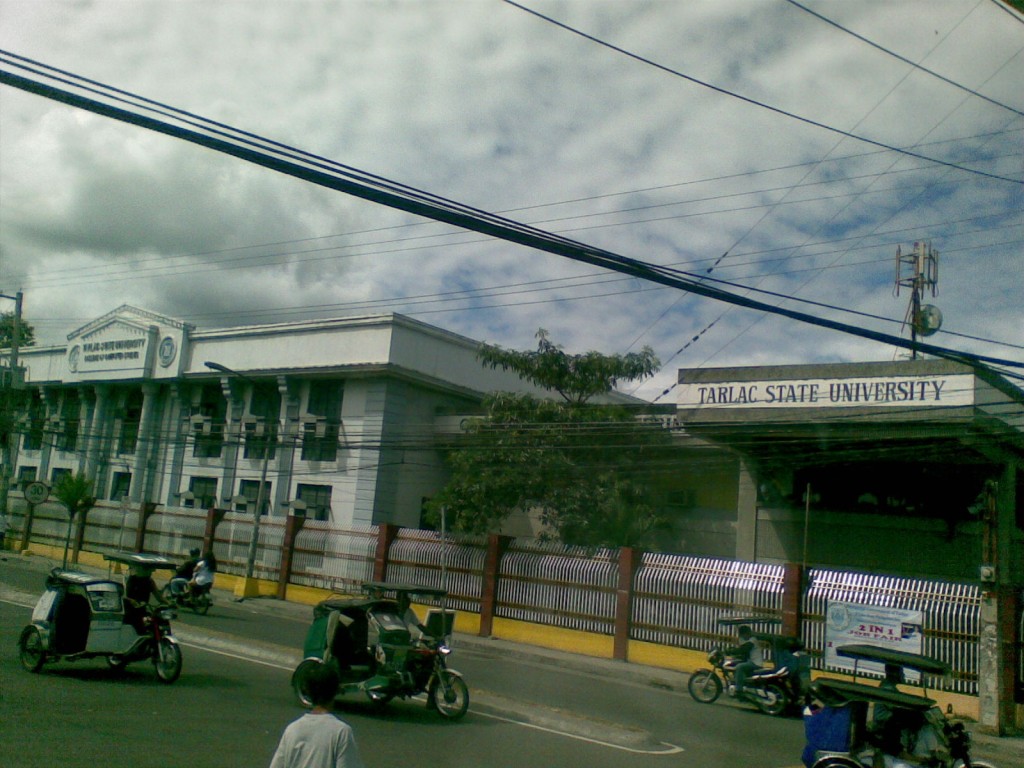 I ended up eating most of those sausage and cheese crackers, as I predicted.  Jun was the one that ate the second most.  I guess the next thing of summer sausage I get I will just keep to myself.

It’s raining pretty steady outside (real time, not when I took the notes)

I talked to Marlou, the Chief Engineer for the new open market, and he said it’s not a problem for me to go by to take pictures, he has already informed his boss, but they still want me to wait until there is not so much mud.  Maybe they should just put in a parking lot and road.  That would solve the excessive mud problem for good.  I’ll keep pestering him and also hope it stops raining for a week or so.  Next time I go out with the camera I will make it a point to go that way and see if I can get up close or maybe inside.

I noticed that someone from Angeles City was looking for a picture of Elizabeth Batain, one of the Filipina’s executed in China a couple of months ago.  Good luck in finding a photo because her family expressly forbid for her picture to be published.  If you find one, the people that put it there are probably being or will be sued for that.

I tried to add some music to the blog.  I was trying to make it an optional thing where you had to click on it if you wanted to listen.  I couldn’t do it though, it wouldn’t work correctly.  I don’t know if it’s my software or me that is the problem.  I did get it to work one time, but when I went back, it no longer worked.  I even deleted the whole thing and reentered it, but it still wouldn’t work again.  Whatever!

Useless Knowledge: The name of the USS Enterprise in the original draft for the Star Trek TV series was the USS Yorktowne.

1898 – Gen. Gregorio Del Pilar y Sempio reports to Gen. Emilio Aguinaldo y Famy about the military operations undertaken primarily in Bulacan province during the second phase of the Philippine Revolution against Spain: their success at capturing and taking the station in Bigaa, Bulacan, which was garrisoned by 24 men of the Spanish Infantry and Rural Guards; control of nine (9) Bulacan towns; engagement of the forces of Sr. Isidoro Torres y Dayao at Malolos against Macabebe volunteers and Spanish Infantry; as well as the agreement among well-learned residents of Malolos and neighboring towns for Torres to temporarily occupy the position of Dictator of the Zone; Torres, it should be noted, has refused to recognize the authority of Aguinaldo, at least during the time of the Biak-na-Bato peace pact forged by Aguinaldo a few months after seizing revolutionary leadership from, and eliminating via assassination-cum-execution Andres Bonifacio y de Castro, the Supreme President of the secret-society-turned-revolutionary-government Kataastaasang Kagalanggalangang Katipunan nang manga Anak nang Bayan.
Photo art: JB
Original photo credits: http://philippineamericanwar.webs.com/

1899 – Gen. Antonio Luna y Novicio, Commanding General of the Philippine forces fighting the invading imperialist Bald Eagle forces during the Filipino-American War (1899-1914), is dastardly assassinated by bodyguards of President Emilio Aguinaldo y Famy at the stairs of the convent of Cabanatuan in the province of Nueva Ecija; the guilt for the murders (Luna’s aide-de-camp has been also killed) would be widely ascribed to Aguinaldo because he summoned Luna to Cabanatuan with a signed telegram calling him to a conference and because during the murder, Aguinaldo’s mother looked out the window and asked: “Is he still breathing?“; the fiery Luna, who studied military science in Europe after being exiled on suspicion of being a Katipunero during the Philippine Revolution against Spain, is perhaps the most capable and efficient military leaders during the Fil-Am War, having been able to turn the Philippine Army into a considerably meritorious, better organized and enthusiastic force; dying at the age of 33, Luna’s assassination would merit the comment of American Gen. Robert P. Hughes, saying that:  “The Filipinos had only one general, and they have killed him.”