[smartads] I’ve been through this area several times, but I’ve never stopped to look around much.  Was always in a hurry to get where I was going at the time.  Now that I’m not in a hurry, I don’t get up that way.  Oh well, I will someday.

I put all the links to different things about Batangas at the bottom of the blog this time.  No one answered my question as to whether y’all prefer the links throughout the post or all in one area, so I thought I’d try all in one area this time to see if I got a reaction.

The province of Batangas, Philippines is popular for its beaches and diving spots. It is one of the historically significant provinces in the Philippines, with settlement and trading dating back to the 13th century. This province offers some of the best white beaches on the island of Luzon and some of the most promising diving areas. Batangas provides a quick getaway from Metro Manila. In less than three hours, you can go from dodging traffic to mountain trekking on Mount Maculot, cable wakeboarding in Calatagan or kayaking in Mabini.

2 Jun – Hits @ 0021 = 471701.  Someone from Dubai searched for “sex flipina” and got my site.  I don’t know how though.  I clicked on it and I don’t see my site anywhere.  Seriously, I checked for my site on the first 50 pages of results and I didn’t see it anywhere.  I even used Google.ae, just like he was doing.  When they were redirected to the blog, it flagged the post “Lawmaker Says Kids too young for Sex Ed”.  I guess it read the “sex” and directed it to here.  It’s kind of weird that although I wasn’t on even the first 50 pages, he just happen to pick my site out of all the ones listed.  I guess mine must have been somewhere past the first 50 pages. 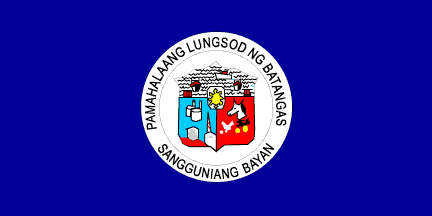 Yahoo Fantasy Football sent the reminder out.  It’s time to get started forming leagues for September.  That’s assuming that there will be a football season.  I can start a league for just the readers of this blog if y’all would like that.  All I would really want is at least 6 committed players.  I can do it with 4, but I don’t like only 4 man leagues.  The most players I would take would be 14, but I doubt that many of y’all would want to do it.  Let me know if you want to do that and I’ll get all the information out to you.  There’s still plenty of time. 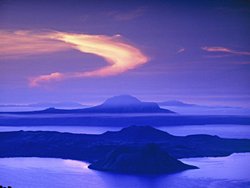 I went downtown to get money today.  Khany drove me down there in Ado’s multi-cab because Ado was busy.  He is repairing his house.  All we did downtown was get the money and pay the water bill.  This is the first time since we’ve been here that I have been able to pay the water bill on time.  So that means no late fee of 2 hundred and something pesos.

I did learn something while I was at the bank though.  The maximum amount of money that you are allowed to withdraw from the ATMs is P10,000 per transactions and P30,000 per day.  Of course it figures that I wanted to get P32,000, but I’m glad now that the limit is there and I didn’t get all the money out right then.  I was going to get the money out the next day, but since that time decided to wait until the day that we are actually going to use the money.  If it comes out early, it starts to magically disappear and what we need it for the most, doesn’t get done.  I can’t let that happen.  I get charged $5 per transaction, plus .1% of the dollar amount that actually comes out of my stateside account.  I really didn’t want to be charged $5+ to just get out P2000 tomorrow though, seems like a waste of money, even though it’s not really.  It’s going to take me 4 transactions to get all the money out, no matter how I slice it.  But I just got P20,000 and will deal with the other P12,000 at a later time, when I really need it.  I wish I knew a way around that $5 charge, but I’ve been unable to find one, yet.

Right now outside there are high winds and a lot of rain.  Tonight’s weather is worse than when Typhoon Chedeng came close to us.  All those winds and that rain didn’t last long though, it was all over in about 15 minutes.

J went by to pay the electric bill for us today.  Lita says to just let him do it in case the line is long.  If it’s long, he’ll wait, I won’t.  So if it’s long, I’ll come back and since the bill does have to be paid sooner or later, someone has to go back to pay it and it is the only place to pay the electric bill.  Maybe someday they’ll have a little outlet downtown or somewhere else.  Just about anywhere would be good as long as there is another option to pay someplace.  It’s less expensive to just let him do it and pay it the first time, for now.

Titing is having a small entertainment center made.  He just plans to put a TV on there and have a few extra drawers to put things in.  I’ve got a picture of it, not finished yet, but since I’m using pictures of Batangas today for the post, I will put that picture in the next post, along with other pictures.  I don’t want to mix them together.

I don’t have the Useless Knowledge on here today because I’m having a problem with Google.  Every time I go to their home page, it redirects me to some other page and I can’t see to find out why it all of a sudden started doing that.  I also can’t find a why to stop it, yet.  I’ll keep looking though.  I’ve done another disk clean and a virus scan, but that didn’t help the problem.  The answer is there some where, I just have to find it.  If I knew where to look, that would be helpful though.

Somewhere between 0615 and 0620 we had a brown out.  I was outside at the time.  I was taking in the cool breeze from the rain so I didn’t get exact.  But the brown in (you remember I just made up the “brown in” thing), occurred at exactly 0651.

Someone from Fogelsville Pennsylvania searched for “which is better Cebu Pacific or Philippine Air Lines”.  Well Cebu Pacific is less expensive and has good service.  It gets you to a lot of places around the Pacific area.  Philippine Air Lines or, as it is known throughout the Philippines, PAL, also has good service, but it cost quite a bit more.  Now PAL does have many destinations that Cebu Pacific does not have, including the United States.  So I guess it depends on your definition of “better”.  I personally always use Cebu Pacific, but if PAL comes up with a better deal or is going where Cebu Pacific doesn’t go, then I’d have no problem taking them.

I made some new stew today.  I tried a little experiment this time.  I mixed the onions and peppers with some ‘special sauce’.  Then I mixed that in with the already mostly cooked potatoes and carrots.  I don’t want to say what the ‘special sauce’ is because since it turned out so wonderful, I may use it when we open the Blue Gazebo Cafe and it will be my ‘secret sauce’.

I told Titing and Khany that I would be sharing the summer sausage that Gary brought to me.  I want to do that Saturday afternoon because Jun will be here then.  Also because Khany and Bebie will be leaving (really) early Sunday morning.  I ended up buying the cheese because no one could get in touch with Jun in Tacloban to buy some before he left.  I wanted the regular Kraft cheese, but all they had available here at this time is the Kraft Eden filled cheese.  It tastes okay, but not as good as the regular.  I also bought 1 bottle of red wine.  It’s one that I’ve never tasted before because, again, not much choice.  It is a California smooth red wine.  I forget the name of it and I’m too lazy to get up and go look.  It is Carlos <something>.  I know that regardless of the taste, I will drink it with my crackers, cheese and sausage.

Lita and I went downtown again today.  We didn’t get much, but she had to buy rice and I wanted to get that cheese, crackers and wine.  We did go back to Sabi meat market, but still not Qais.  I did find out that he has at least 2 brothers though, because there was another one there.  He doesn’t look as much like Qais as the other one though, according to the only picture I’ve seen of Qais, which I don’t even remember where I saw that…on the Internet somewhere.

Well that’s the end of this post.  I’m still not caught up, but pretty close.  I do have quite a lot of pictures of Batangas here, so enjoy those.  Don’t forget about the links at the bottom in case you want to learn more of the great City of Batangas.


1931 – Juan Sumulong y Marquez, dubbed the “Brains of the Opposition” during the ascendancy of the first President of the Philippine Senate and the Commonwealth [dependent territory] during the American Colonial period, Manuel L. Quezon, resigns from the Democrata party due to poor health; a revolutionary during the Philippine Revolution against Spain, Sumulong became a member of the Philippine Commission [read: imperialist American-sponsored legislative body] from 1909-1913, later becoming a senator after several previous unsuccessful candidacies;  one of the political figures opposed to the Hare-Hawes Cutting Act that grants  the United States continued sovereignty over U.S. Military Reservations in the country, Sumulong would later bitterly denounce what will be the coalition of Quezon’s Partido Nacionalista and the opposition party of Sergio S. Osmena, believing that political representation should be balanced to prevent oligarchy. Photo credit: Wikipedia

1898 – Filipino troops take control of areas of Manila–Caloocan, Tondo, Santa Cruz, San Juan del Monte, Santolan as their counterparts in Zapote, Cavite province numbering only about 500 drive back the 3,500-strong enemy Spanish forces, while Spaniards in Calamba, Laguna surrender to Gen. Paciano Rizal  following three days of fighting during the second phase of the Philippine Revolution against Spain; Gen. Emilio F. Aguinaldo, who had earlier forged a truce with the enemy Spaniards within a few months after seizing revolutionary leadership from, and eliminating, Katipunan Supremo Andres Bonifacio y de Castro, returned two weeks earlier to resume the Himagsikan apparently after being convinced by imperialist United States Admiral George Dewey; Aguinaldo has formed  an alliance with Dewey who has deceptively assured him believe that the Bald Eagle nation is a friend and ally of the Philippines and will honor its independence from Spain.