[smartads] This had me smiling on more levels than one.  These suckers are in a cigarette type box (like the candy cigarettes we use to have when I was young) and was displayed at the counter of the second largest grocery in Calbayog.  I don’t know the name of the grocery yet.  When I saw them, I had to take a picture, because…well I just had to.  I remembered the camera so I had to take a picture of something so I’d have new pictures to post here.

I’m about 5 days behind on my posts mostly because of constant brown outs, but also because even when we did have power, it wasn’t full power.  My voltage regulator was not registering enough power to turn my computer on.  Sometimes it would be enough, but then shortly after it would go down again.   It’s been frustrating.  Between the brown outs, the NFL Draft, the trying to acquire tickets to leave the island for a day and everything else there is to think about, well a couple of my days ran together and I can’t tell you even now what happen on what day.  I’m speaking of April 29th and 30th.  That may also be because the night of the 29th, I didn’t sleep, at all.  It was on purpose that I didn’t sleep.  I stayed up to watch the whole first round of the NFL Draft.  I was in a contest and I had a chance to win $350 (1st), $75 (2nd) or $25 (3rd).  I think I told you that, but just in case.  I still don’t know if I won or not.  It’s just past noon on the 3rd of May and I just got back on the computer, since yesterday early evening.  I wouldn’t be surprised if I lose the computer again because it is raining hard outside, with thunder and lightning, so there is not telling what may happen, or when.  I’m going to save this, just in case I lose it.  Hang on! 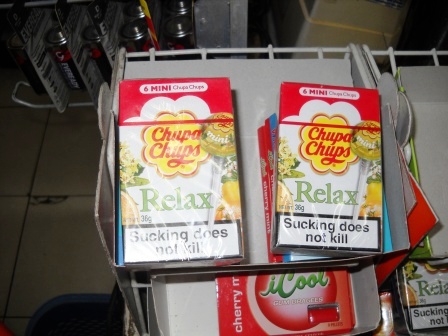 Okay back.  I’m safe up to that last paragraph anyway.  Not much has been going on, but I will give you what I have.  I will be taking quite a few pictures over the weekend so at least there will be some new and different pictures on here.  The pictures will be from Tacloban, Cebu, Hong Kong and Manila.  Also pictures of Robinson Mall (I hope) and whatever I can get during my travels in between all these places.  Okay I’m going to start on the limited amount of information I have on the days now.  After a picture.

You’ll notice that they are all looking towards the big white guy.  Some more obvious than others.  This little girl was crying until she saw me, then she stopped.  I don’t know for how long because we were in a tricycle (Lita and I) on the way home.  The young lady with the umbrella is very nice looking from what I could see from the limited look I got while Lita was with me.  Of course most of the Filipinas are nice looking.  Even if they are not so nice looking, most of them are nice, outwardly and inwardly.  The building in the background is the front of the Saint Peter and Paul Cathedral.  Nijaga is pronounced Ne-yah-gah.

28 Apr – Hits @ 0100 = 358450.  I decided to emerged from my cocoon at 0702 this morning.  Not much happened early, no breakfast.  I did have to go get some “Red Pepsi” this morning for Lita.  No really, she wanted me to get it, but I drank most of it as normal.  On the way to get the Coke …er I mean Red Pepsi, there were only a few people in the street, but they all seemed to be staring at me.  It seemed that way because they were.  Really and truly it does not bother me that they stare, but today I was thinking, what if the situation was reversed?  What if they were the ones in Texas walking to the store and they were the only Filipino around?  Would the reaction of the Texans be the same?  The answer to that is, No.  In fact, most likely, they probably wouldn’t be noticed much at all.  Which one is right?  Does it matter?  To me the ideal thing would be something in between.  Acknowledge that they are there with a wave, a greeting or even just a nod of the head, but don’t stare and don’t totally ignore.  Wouldn’t that be better if everyone did that?

This is the City Tourism Office.  There has been a chain lock (it’s rusted now) on the front door since I’ve been here.  I think the office has relocated, but I’m not sure.  I’m on a quest to help bring tourist to Calbayog, so I hope their office has just moved because I’m sure I’ll be needing their help for some things.

Someone from Jacksonville, Florida did a search for “possible US base come back to the Philippines 2011”.  This be great if it were true.  I wonder if this person heard something and decided to check into it, or just was thinking about it?  Unfortunately I must have been the only hit that they got on their search because when I clicked on what they searched for, the blog was the only thing that came up.  Maybe I should just do my own search and see what comes up.  I haven’t done it yet, so no good news on that.  Of course, no bad news either.  I haven’t heard a thing about it, but I can always hope.

I noticed something on this blog for the first time today.  When I click on one of the searches that someone does in Feedjit and that person has their computer set up in a different language, then that is the language that I see on my computer too.  I think it only works if when the person searches and my blog is the only hit that they get.  I say that because when I click on it, all it does is say that it is redirecting back to my site … and that is the part that is in the other language.  I’ll bet all that was confusing, wasn’t it?  I hope someone understood it.

I snapped this picture while riding home with Lita in a tricycle.  I knew this guy was going to change lanes and come at us because it happens all the time here.  It’s normal traffic.  I held the camera up and waited for him to get further over in the lane before I took the picture.  With all the driving like this you’d think that there would be more accidents then there are.  We were riding in a tricycle like the one on the left in front of the white van, not one of the motorized ones.

It rained again today, but at least there was none yesterday.  There was a lot of thunder and lightning with the rain today.  That’s not so common here.  Usually it just rains.

This entrance to the park is right off Nijaga Street.  It is right across from the little grocery that Lita likes to go to because JustMar is too crowded.  That means that it is also right next to Almira Garden Hotel too.

29 Apr – Hits @ 0000 = 361012.  I have no clue what time my day started this morning.  All I know is that it did start.  For as long as this day turned out, you’d think it be more eventful, but it was boring, boring, boring.  This day was extra long because I didn’t bother going to bed, at all.  The NFL Draft was on and I stayed up to watch the whole first round.  It frustrating watching it on my computer because I have a lot of buffering while it is on, but it was better than nothing.  The Cowboys had a good 1st pick, but I really don’t understand why they didn’t try harder to move down in the draft to pick up a couple more players.  I hear that they could have traded with Jacksonville, but way down to #16 probably would have been too far to get the player they wanted.  They needed to find someone at #10 through #13.  Oh well, I guess no one wanted to trade.  I’m a bit confused on the 2nd and 3rd round picks of Dallas, so I sure hope they know what they are doing.  It’s not that I don’t think those players are good, but we needed other areas addressed.  I assume that they will do that in other ways.

Well I finished off that stew that I almost burned.  Oh and guess what I forgot to take out of the “string” beans?  Yeah, that’s right.

I posted another article from Winda.  She sends me some interesting stuff.  If you have something that you’d like to share with me and/or the other readers, just send it to me and I’ll be sure to add it to the blog and give you credit for the post.  I think I owe Gary a post.  I think that he submitted one before and I was too new to guest posting and wasn’t sure if I could give him the credit.  But I know I can now, so send them one, send them all.

Useless Knowledge: During the Middle Ages, murdering a traveling musician was not considered a serious crime. 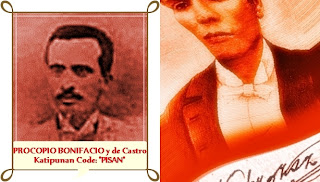 1897 – Andres Bonifacio y de Castro, leader of the underground-society-turned-revolutionary government Kataastaasang Kagalanggalangang Katipunan nang manga Anak nang Bayan fighting to liberate the Philippines from the Spanish colonizers, is shot and seized, along with brother and 20 others by men of Capitan Emilio Aguinaldo y Famy whose camp has earlier moved to seize the revolutionary leadership from the Supremo through the fraudulent Tejeros Convention; Bonifacio and his surviving brother, Procopio (Ciriaco dies from gunshot wound in the head) would be brought to Naic, from barrio Limbon, near Indang, Cavite, imprisoned in a dark, cramp cell without visit, be subjected to kangaroo court martial, with his assigned “lawyer” Placido Martinez judging and condemning for trump-up charges of supposedly trying to assassinate Aguinaldo; on May 10, 1897, Bonifacio would be murdered-by-execution on Aguinaldo’s orders in the latter’s provincial turf in what future Prime Minister Apolinario Mabini y Maranan would describe as “the first victory of personal ambition over true patriotism.” 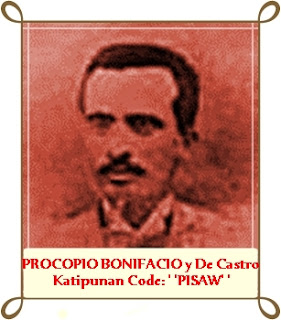 1897 – Procopio Bonifacio y de Castro, brother of  Supremo Andres Bonifacio, President of the underground society-turned-revolutionary-government Kataastaasang Kagalanggalangang Katipunan nang manga Anak nang Bayan fighting for liberation against Spain, testifies that the men of Emilio Aguinaldo’s camp struck his nose with the butt-end of a gun, an act he says surprised him since he did not offer resistance during their and other Katipuneros’ abduction in Limbon in Cavite; Bonifacio, had earlier issued the Acta de Tejeros and the Naic Military Agreement that nullified the election and newfound authority of Aguinaldo’s camp on grounds of fraud in the March Tejeros Convention polls and the treasonous act of negotiating for truce with the enemy Spaniards, respectively; Procopio’s testimony is part of the kangaroo court martial proceedings conducted by the camp of Aguinaldo led by Brig. Gen. Mariano Noriel against the Supremo; the Bonifacio brothers were shot at, with Ciriaco Bonifacio dying on the spot, and President Bonifacio being hit in the arm and stabbed in the throat, seized and, with Procopio being tightly bound, forcibly taken to Naic from Limbon, Cavite a day earlier; Gen. Santiago Alvarez will write about the very pitiful physical state of the Supremo and his younger brother just before the court martial proceedings.