[smartads] This is the hotel that Pepsico put it’s employees in during the conference they had in Boracay.  Fran Jessy Trading (Titing and Neneng’s name for their company) received the award for the #1 Pepsi dealer on the island of Samar.

21 Feb – Hits @ 0235 = 139779.  I was up and prepared for the day at 0826.  They were already cooking fish on the stove when I woke up, but at least it wasn’t the ‘super’ stinky kind.  I really do not like the smell of the dried fish when it is being cooked.  Probably that smell more than any other in the world is one that you would have to grow up with to not think it stinks. After all that talking I did in the last post about not liking to go downtown with Lita to the market, I went with her today.  She didn’t have anyone to go with her today and I don’t like for her to go down there by herself.  I put up with all the staring and whispering and Lita had to put up with extra questions about me.  As we were getting into the motor to go downtown, Neneng and Titing showed up, back from Boracay.   When we got in the motor there was already someone in the front where I usually ride, and 2 people in the back.  For Filipino’s there would be 2 empty seats (at least) in the back.  Well my butt is too big for me and Lita to fit on one side.  I was just going to just let Lita sit in my lap but the guy sitting in front volunteered to sit in the back so Lita and I could sit up front.  Plenty of room there.  While at the market, Lita found some very large potatoes, not the giant baking potatoes, but pretty close.  We bought 4 of those and may end up actually baking 1 or 2 of them on the grill outside after wrapping them in some aluminum  foil.  On the way home I got to sit in the back of a motor on one side by myself.  Since I took up so much room and the guy couldn’t pick up another passenger, I just gave him a little extra when I paid him.

So far we’ve had no complaints about using brown sugar instead of white sugar in the ice candy.  In fact the last batch of ice candy went pretty fast.  We had to make another batch.  This time we made lemonade.  We used the Kool-Aid mix and brown sugar.  It looks good and so far today, it’s selling well, in fact I just heard someone out there asking for an ice candy while I was typing this.  Looks like we’ll be switching to the less expensive brown sugar for the ice candy from now on.

Jazel was thinking about following in the footsteps of Flor and going to Manila to work.  Now she acquired a boyfriend here and for some reason opted to remain here instead.

Okay now for the major major news.  Filipinos like to double up on words when they stress it.  For example, maganda means beautiful.  Maganda maganda means very beautiful.

Okay…the major major news.  I found out today that they are going to be building the Gaisano Grand Mall here in Calbayog.  I went into quite a bit of detail about everything I knew in my article named Gaisano Grand Mall N/A ATT.  I don’t want to repeat everything so if you are interested in knowing the details, please read that article, it is an interesting little story.  Now I had a feeling that things like this were going to be happening here.  Ever since I found out about the Ciriaco Hotel, I figured that someone, somewhere knows something that I don’t.  An expensive hotel, here, around nothing?  Something is going on.  A new power plant in the making, a new market, new bus depots and the rumors of other things.  This one is unexpected, it was suppose to be downtown (read my article to find out where and why not now), but all that means is that this area is going to be building up even more…and faster than I anticipated.  I was hoping to have enough money later to get a restaurant going around here to try to take advantage of the build up.

Lita has gotten many requests to open up a restaurant here.  A lot of the customers are really in favor of this and many have offered to help recruit customers.  I told you, the people really like her food and especially the sauces.  Well I’m here to tell you that they don’t know the half of it.  When/If she has the right ingredients and equipment, she can cook up some really wonderful tasting things.  Yeah, I know that I’m a little prejudice when it comes to her cooking, but all I can say is try it and see for yourself.  I guess their will be people that don’t like it, but I just don’t see how there will be that many.  I haven’t met anyone here so far that doesn’t like it.  I know that nothing is a ‘sure thing’, but I like the chances of a restaurant working for us.

The Problem: We don’t have the money to build the restaurant.  Our plan is to use the second floor of our house and turn it into a giant gazebo.  Lita wants to paint it/decorate it blue, so we came up with the name: Blue Gazebo Cafe.  We don’t have many options here for starting and I’d hate to get behind the power curve of the upcoming progress, when we have this golden opportunity to stay ahead of that curve.  Our neighbor has a lot of money and he is in the process of upgrading his house.  He had a 1 story and is turning it into a 3 story.  I’m not sure yet if he plans to have some sort of business, but the chances are, he is.  This is the same person that we are ‘renting’ the Pepsi Warehouse from.  I have a feeling that when the lease runs out, he will not renew it.  He’s probably going to be using that land for himself, and I don’t blame him for that either.  I think the lease runs out in 2014.  We actually bought our property from this guys mother, when the whole family was having a hard time with money.  Now they are doing very well, but we have already paid the property off, so he isn’t getting it back now.

Possible Solution: We are going to be doing whatever we can to have enough money to build the restaurant, and it will be easier starting in June, but for now, we are going to need some help.  Now this is something that I’ve never done before and actually never thought I’d ever do either, but I’m going to be asking for donations to help us build this restaurant.  The easiest and most secure way I know of to get the money is through Paypal.  We figure that to build the restaurant, furnish it with equipment and furnishings, build new set of stairs, stock it with supplies and get all necessary permits is going to cost around $4500.   Yeah I know it’s not much to start a whole restaurant, but we’ve been over it and figured it would be between $4000 and $5000, at the most.  We just went with the mid-number and if the donations come up short, we will figure out a way to pay the rest of it, even if we have to pawn all of Lita’s jewelery to do it.  My Paypal e-mail is: johnwjr7@yahoo.com.

Rewards: As I said, I don’t really like having to ask people for donations.  I know I hate seeing that donation thing and always wondering if my money would actually be going to what they say, or is someone scamming me?  I figure people would need prove that their money is actually going to where they intend for it to go.  Here is my plan for the reward/proof.  First of all everyone that donates anything can get their money back by way of food, but you’d have to actually come to the restaurant to get that.  I detailed that a little more in my Blue Gazebo Cafe article.  Another plan I have is to e-mail everyone that donates anything $1 and above, a certificate from us with their name and the amount they donated, with our thanks and appreciation.  I have plans to make plaques for anyone who donates $150 and above to hang up in the restaurant on the pillars we have.  There are 7 pillars with 4 sides each, so up to 28 different donors for that.  I’ll have to find a place that does plaques though, I haven’t checked yet.  Lastly anyone that decides to donate $500 or above will not only have the plaque on the pillar, but also will have a table or bench named after them, or whatever name they’d like for us to put on the bench (non-obscene Keith, if you are reading this).  If you want I will even take a picture of whatever your name is on and post it on the blog.

This restaurant thing is not widely known around here, so even some of the relatives here reading this will be surprised.  Another thing that I plan to do is NOT take any of the money out of the account until we have the entire amount, or close enough for us to cover the difference.  If, for some unforeseen reason, our restaurant plans fall through, I will re-route all the money back to the people that donated it.  So be sure that you let me know your Paypal information.  I do not anticipate any problems, if I did I wouldn’t be starting yet.  I will have a page inserted on the blog shortly with basically all the same information, but I want to be sure that it is readily available all the time without having to search the blog for it.  If I can figure out how to add a Paypal place on the blog, I will do that.  Otherwise all you have to do is go to www.paypal.com.   I think you may have to have your own paypal account to use that though, not sure on that.

Tagalog Word of the Day: baso  (bah-so) means glass  (the one you drink from).

Useless Knowledge: In 1963, baseball pitcher Gaylord Perry said: “They’ll put a man on the moon before I hit a home run.” Only a few hours after Neil Armstrong set foot on the moon on July 20, 1969, Perry hit the first and only home run of his career.  (Another good trivia question) 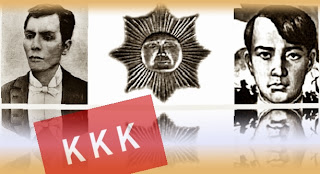 1896 – The Supreme Council of the revolutionary organization, Kataastaasang, Kagalanggalangang Katipunan nang manga Anak nang Bayan (KKK), holds elections for the various positions of secretary, warden, guard and patroller, writer or recorder, and assistant writers or recorders; the KKK was founded by Andres Bonifacio y de Castro in 1892 with the aim of liberating the Philippines from the yoke of Spanish colonial rule, and within around six months after this meeting, the Revolution against colonial Spain will break out in Manila.

1899 – The fledgling First Philippine Republic establishes universal conscription of all able-bodied Filipinos between the ages of 18 and 35, nearly three weeks into the bloody and protracted Filipino-American War (1899-1914); the conscription comes in the need for Filipinos to defend the independence they gained following the Revolution against Spain, this time against the enemy invading forces of the imperialist United States; American forces triggered the outbreak of the Phil-Am War on February 4 as part of the wicked pre-arranged plan of US President William McKinley in the aim of tricking  the Senate into approving the controversial the Treaty of Paris and thus secure funding for his policy of annexing the Philippines.