[smartads] I have never been to Davao City, but I have heard it’s a wonderful place to visit.  If you would like to know more about the area, you can contact Bob Martin at: http://mindanaobob.com.  He has lived in the area since 1990, so he should know quite a bit about it.

I had something go wrong with the Admin portion of my blog.  I’ve had a hard time today trying to get to some type of format to even get a post typed tonight.  This one will probably look different than the other ones, at least it does while I’m typing it, so don’t be put off by it.  I guess it doesn’t matter what it looks like, but I like it the way it was, and will be trying to get it back to that, or better starting tomorrow.  Speaking of tomorrow, I will probably end up having a post for then too, because there is enough information to.  Actually one of the first things that I will have to tell you on ‘the next post’ is something that I am pretty proud of, so I will be sharing that with y’all.  Y’all should be proud of it too. 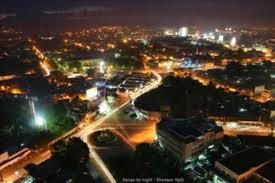 22 Feb – Hits @ 0225 = 141779.  That’s exactly 2000 hits since 0235 yesterday, slightly less than 24 hours.  I was not up until 1025 this morning.  For breakfast I had 2 peanut butter sandwiches and took my medication.  I am back on the Allopurinol to try to prevent the gout from returning.  This past Sunday through Tuesday I was taking the medication to cure the gout, because I started feeling that feeling in my ankle again.  I didn’t wait or take any chances, I started taking the pills.  It worked too.  After 2 days that pain I was feeling was gone, but I took the pills one more day, just to be sure.  Then on Wednesday I didn’t take any pills.  This morning I started the prevent again.  It says that I should take 1 pill per day, but since it didn’t prevent it from coming back, I wonder if I should take 2 per day, once every 12 hours?  Probably not, but I’ll ask a doctor next time I see one.

I had to make my stew again today.  This time I made enough for 3 meals.  I’m so very glad I found that electric can opener in our balikbayan box.  It works so well and so fast compared to what I was having to do manually.

I have to be sure to get these names in this blog, so I’ll mention them all here.  Ciriaco Hotel and Resort, Blue Gazebo Cafe, Gaisano Grand Mall Calbayog and LolyKat.

You know I looked up “Blue Gazebo Cafe” in Yahoo and in Google and the only entries in there belonged to me.  Just be sure to put it in the quotes.  So I guess we won’t be infringing on someone else’s restaurant name.  I assume we’ll find out when we go to register it anyway.

Today was a slow day and I spent most of it playing Plants vs. Zombies.  I’ve been the actually game, all levels, 4 times now.  Some of the side games are difficult.  I think I’ve got them all except for 2.  I just beat one of them today, the hard “Survival” in the fog.  I just have the hard “Survival” on the roof and 1 other one in “Survival”, but I don’t know what that involves yet.  That roof top survival is a real bear to conquer and I’m starting to think that it’s not even possible to beat it.

I had peanut butter again for breakfast, 2 sandwiches.  That doesn’t bother me though because I really like peanut butter.  Lita says that even though this 20 oz jar of Jif peanut butter we bought here costs about $5 (P228), she plans to buy another one because she likes this one much better than the other brands here.  I told her to try to hold out until May and we can buy several jars on base in Korea.  We can probably get a jar twice that size for the same price.  I like Peter Pan peanut butter better anyway.

I figured out how to put a “Donate” button on the blog, so if you have a notion to help, please do.  I told you that we figured that it would only cost between $4000-$5000 to construct, furnish and stock the whole restaurant, right?  Well that’s still true.  I did go ahead and set the goal for donations at $5000 though, just to be sure and if there is any money left over, we could use it to help give some of the poorer people here a certificate or something so they can get a chance to try the restaurant too.  Or maybe something else.  That was just a thought off the top of my head.  I’d be open for suggestions for that.  I mean, after all, the money will be coming from y’all anyway, so maybe you would have some thoughts on that.  I’ve already gotten a verbal commitment for $500, so that’s a wonderful start.

Okay, the Gaisano Grand Mall Calbayog.   I told you that I would update you on any thing I found out.  Well I found out something.  It’s all still unofficial, but it’s probably true.  Construction on this Grand Mall is scheduled to start this September.  That is the same month that the new market and I think both the new bus stations will be open, but at least one of them is scheduled to be open then.  The bus stations by our house are being moved there because of the mall coming in.  The little church just 3 or 4 building down from us is also being moved in that area.

I just actually figured out yesterday that the walking distance from our house to where the mall will be, is about 1 minute.  That’s 1 minute while carrying children with me.  Yep!  Yep!  It seems everything is approved and ready to go, not like previous problems they had with the mall.

According to “gaillord’, a new reader/commenter, this Gaisano Grand Mall was suppose to be built at the site of the old market as far back as December 2009.  Seems they had a problem getting it approved, so they decided to move it to Barangay Rawis, which is the barangay between us and downtown, but that got blocked by the government.  I think that that one got blocked because there is a cemetery in Rawis and it might have involved moving some of it.  After that they tried to get it back to the market place downtown again, but ran into problems getting that approved.  I say this one is going to go through, because they are already spending money to move people out and helping pay for land for them.

It’s destiny, that’s what it is.  The Blue Gazebo Cafe has destined to be established.

I was also thinking today that when that mall is being built and after it is built, that’s going to mean a whole lot of jobs for the people here.  That’s a good thing because a lot of people here could benefit from that.

Okay here is something that I started thinking about today, that for some reason never crossed my mind until now.  With that mall being so close to us, and us being in a prime location right across the street from the biggest and most expensive hotel in the city, do you think that some big company, a restaurant or department store chain, will be trying to purchase our property?  I’m wondering if we should accept?  Even if we do decide to accept, they will have to pay us ‘very’ big bucks to leave.  If we do leave this house though we will not go that far away, purchase some land, build some houses (remember we have 4 families living here (including 8 children)), a Pepsi warehouse and of course the Blue Gazebo Cafe will still be erected.  Maybe we’ll get lucky and the area we move to will also go commercial soon.  I’m thinking to move closer to the new market.

Of course we can always stay put and try to make a go of our restaurant, but most likely, if the price is right, we’d move.  We would still be able to open our restaurant and we won’t be that far away from all the build up around here.  I’m sure that if we did stay put that we would get a lot of customers, maybe too many.  What I mean is is that the space we have on top of the house is only big enough for maybe about 8-10 tables.  So that’s only 32-40 people at a time.  People coming over for lunch don’t have time to wait, they have to get back to work.  If we ‘take the money and run’ we could build a larger place to open the restaurant, plus it wouldn’t be in the middle of everything, so maybe less customers.  I know that once they taste Lita’s cooking though, well let’s just say:  “If she cooks it, they will come.”

I’m not going to sweat it for now though.  We probably have about a year before anyone would want to buy us out.  If we get the restaurant going before then, well that is just a reason to charge any big company more money to buy it.  I’m sure McDonalds can afford to buy us out at a large price, and we do not have a McDonald’s anywhere around here, so it is a possibility.  There is no McDonald’s because Ronald is afraid the JollyBee is going to kick his butt again.

Well that’s it for today.  Be sure to read tomorrow’s post also because I have that news I was talking about.  That really got me excited too.  It doesn’t involve selling our property and making mega bucks or anything, but it sure made me happy.  I hope it makes you happy too.