[smartads] For this province I could not find many really nice places, but the few I did find were very nice.  Their festivals look very colorful and it seems to be the place to go for white water rafting.

Kalinga (Tagalog pronunciation: [kɐˈliŋɐ]) is a landlocked province of the Philippines in the Cordillera Administrative Region in Luzon. Its capital is Tabuk and borders Mountain Province to the south, Abra to the west, Isabela to the east, Cagayan to the northeast, andApayao to the north. Prior to 1995, Kalinga and Apayao used to be a single province named Kalinga-Apayao, until they were split into two to better service the needs of individual native tribes in the provinces.

Before I shut the computer down, I decided to check on my fantasy football.  I’m not doing very well this week.  It’s hard to keep up with the games, players and injuries when you can’t watch any of the games.  I have to depend on things I find on the Internet, if I find them.  I check several of my teams, got disgusted and that’s when I shut down. 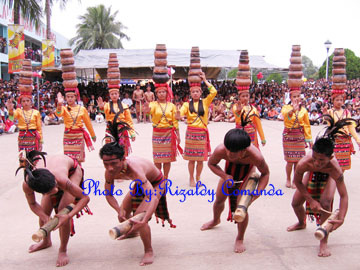 When I got up to go to the CR at 0723 this morning I didn’t intend to stay up, but I did.  Lita was already back from the market and when she saw me, there were some things that needed to be done right away, as always.  One of the things she wanted me to do was cut the vegetables for my stew later.  So that’s what I did.  I brought everything that I needed to cut out to LolyKat and starting cutting out there.  Lita was in there too, she was snapping beans for me.  Crystal and Khan showed up to observe.  I just finished telling Khan about the dangers of playing with knives, when the knife I was using cut through the potato faster than I though it would and cut my thumb.  I didn’t even look at it.  I put my thumb down and applied direct pressure to it while Lita went in the house to get a band-aid.  When she got back she had 3 band-aids and a bottle of alcohol.  When she got ready to clean it, that was the first time I looked at it.  It wasn’t too big, but it must have been deep.  There was so much blood on my index finger that Lita thought it was the one that was cut.  She started cleaning it instead of the thumb. 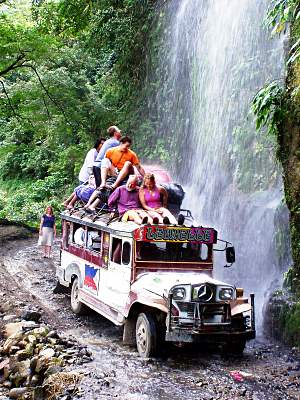 I was trying to be nice to her before she started cleaning it because she was holding the alcohol and I had the open cut.  She did a lot of smiling and I did a little yelling when she applied a generous amount of alcohol to the wound, 4 times.  I guess she wanted to be sure that it was cleaned good.  Or maybe she just liked the faces I made each time she applied the alcohol. After cleaning she applied all 3 band-aids to make sure they stayed one because it was on a tricky part of the thumb.  I guess she did a good job because even know, it’s still on there just as tight as when she put it on and that’s been like 13 hours now. 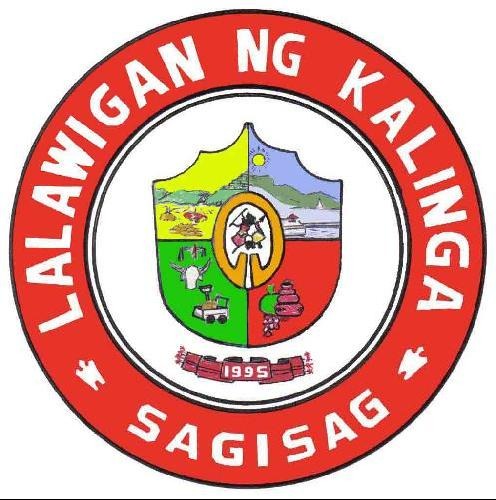 Anyway, after the first aid, I went back to cutting vegetables, a bit more slowly this time.  When I finally got everything cut, Lita suggested that I go ahead cook it also because the stove was not being used right now.  Later Vicky and/or Sally would be using it to cook all the food for sale.  Okay, fine.  I can always cook it then put it in the refrigerator for later.  I do that all the time, so that’s not a problem.  What is problem turned out to be is that when it was cooking, it smelled so good that I had to try some when it was done.  That ‘try’ turned into a bowl and then a bowl and a half.  The rest I did put in the refrigerator though. 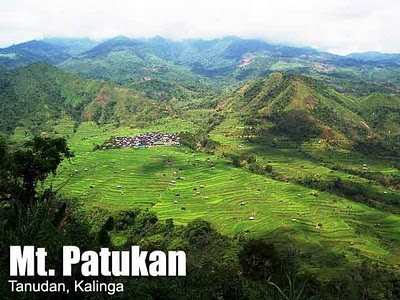 After eating I went to get on the computer for a little while.  I checked the comments .. nothing.  I checked my MJ Services mail .. nothing.  So I checked my fantasy football again.  It still looks like I’m going to lose the majority of my games this week.  Oh well, last week, I won the majority.  I don’t have any exact numbers yet.  It’s just not quite as interesting when you don’t get to watch the games, but I’m trying.  I limited myself to about 1/2 the number of teams I usually have.  Normally I have about 44 teams, but this year it’s closer to 22.  I still haven’t counted them all.  I may have to cut it down again next year too.

I did have to order some more soft drinks from Titing today.  I’m hoping that what I got will last at least 4 or even 5 days.   I’m going to do my best to keep from drinking them.  I’ve only had 2 from this batch, 1 was mine and the other was Lita’s leftover.  I’m trying to stick with drinking water as much as possible.  Oops, she just handed me another one that she has drank half of already.  It’s not that I don’t want to drink them, I’m just trying to make what we get from Titing last, and I really do need to drink more water anyway. 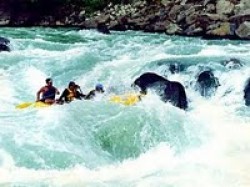 I’ve been thinking of a better way to keep track of the food we sell.  Right now Lita is running on the honor system, and it seems to be working.  The biggest problem I see is that we are not sure.  No one tracks the number of banana balls, fish balls or anything that is made versus the number that goes out.  I’ll have to talk with Lita about that and she her thoughts on it.  We also take money out of the till to pay for oil or flour or salt or whatever to run the store.  An accurate account of that is not being kept either.  It’s not very much, heck we don’t make very much, but to get in the habit is good.  That’s why I’ll be glad when Judith gets here, she’s has experience taking care of all that. 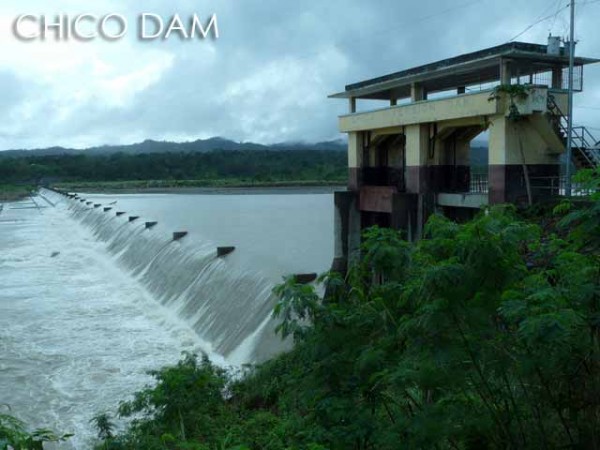 I’m sitting out here in LolyKat again just because I write more when I’m sitting out here.  I guess because it’s away from my computer and the TV, so nothing is distracting me.  All I do I here is sit or play Triple Yahtzee.  There are a lot of school kids passing by at this time.  Probably about half of them look in here an stare at me.  I wonder if they will ever get use to me around here.  Even if they do, then I still have to put up with it downtown.  I read a comment somewhere that said we Kano’s should stop complaining about Filipinos staring at us, and enjoy the celebrity like status.  I don’t really mind people looking at me, but some of them turn their head and stare backwards while driving forward.  That’s dangerous.  The only thing I don’t really like is when they say the “Hey Joe” or “Hey you”, especially when it’s children.  That shows no respect among the children and ignorance among the adults.  Probably the worst though, it displays disrespect AND ignorance among the young adults.  I wouldn’t expect a senior citizen to say “Hey you” or “Hey Joe”, but if they do, I’d probably answer them regardless of me not liking it. 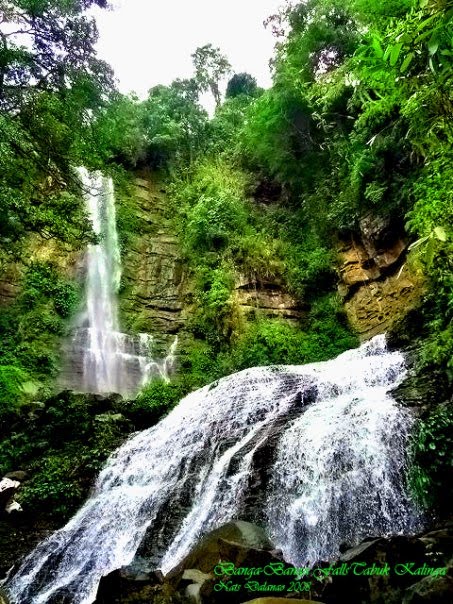 I did see a motorcycle like one I’d like to have.  According to Titing a new 125cc motorcycle, which would be about the size I need, that is an automatic, would probably cost about P60-P65,000.   So somewhere between $1400 and $1600.  Used ones can be had for half that, or less.  I’m not in a hurry for that though.  It can wait a few years if need be.   I should be getting that pajak-pajak back from Poppa in December, so I’ll be using that for exercise.  I wouldn’t get too much exercise on that motorcycle.

The food selling business is doing well today.  It’s been doing well in the morning and afternoons, but 2 other BBQ places opened down the road, so some of that business is down.  I think the morning session is the best because a lot of people like the way the Pancit is made around here.  Also I think the banana balls and banana-que is quite popular.  I suggested to Lita to try to figure out something else to sell that is not normally sold.  She’s scared if she starts something, people won’t buy it.  I told her to just make a little bit an see how it goes.  You can always add more later or, if it doesn’t sell, you won’t lose much and you can always try something else. 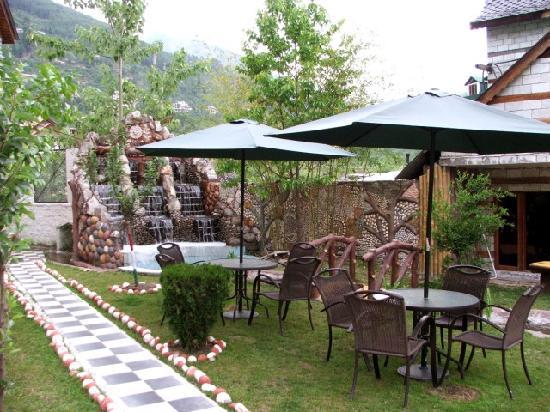 I just finished eating the rest of the stew and I’m feeling bloated.  Bloated because I made sure there was lots of soup in the stew so that would help fill me up.  I’m going to try to drink at least a half liter of water about a half hour before I eat.  That’s suppose to help curve your appetite also.  Not that I overeat while since I’ve been here, but I still need to try to lose some more weight and I’ll take all the help I can get.

I’ve got the fan out here with me, but I’m also falling asleep.  I should have taken a nap today, but it’s getting late now.  I’m not sure of the time, but I think it’s close to 4:30pm.  I may end up finishing this post in the morning.  I hope that no one was anxiously awaiting this post and it didn’t show up.  Well I take that back.  I hope someone was anxiously waiting, but I’m sorry it was late.

I closed the window on LolyKat around 6:00pm.  Lita said that if someone wants a soda then they can just ask Vicky or Sally.  Right now the soda is about the only thing we have to sell in the store. 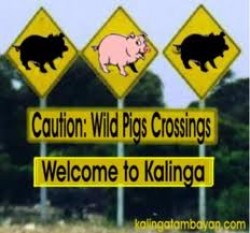 I spent most of the rest of the day watching TV, killing terrorists and doing nothing.  I never did take that nap.

This site has 46 photos of Kalinga, but it won’t let me copy any of them.  At least I didn’t find a way.

It’s midnight now, so I need to close this post out.  Hope you enjoyed it.  Please let me know if you have any suggestions and please comment.  Thanks.

1763 – Gabriela Silang, the first known Filipino woman to lead an uprising against a foreign power, is executed by hanging by Spanish colonial authorities along with 80 of her followers; Gabriela Silang has continued the fight for freedom left by her husband, Diego Silang, who proclaimed the independence of Ilokanos from Spanish colonial rule and declared Vigas as capital in 1762 but was treacherously killed by a hired mestizo assassin four months earlier.

1899 – Seven months into the protracted  Philippine-American War (1899-1914), Gen. Emilio  Aguinaldo y Famy of the fledgling Philippine Republic issues a  decree regarding secondary public education,  instructing competent teachers and principals to teach subjects to students of secondary schools; the  decree is issued from Tarlac where the  government-on-the-run is currently based, having  earlier moved northward from Cavite to Malolos while  avoding the enemy forces of the imperialist American  invaders.

1934 – The election of Filipino delegates to the National Assembly takes place during the Japanese  Occupation of the Philippines during World War II;  half of the delegates are elected by provincial and  municipal officials from the list provided by the  political party KALIBAPI (Kapisanan ng Paglilingkod sa  Bagong Pilipinas), with the other half being composed  of provincials and city mayors deemed by the  Constitution of the Second Philippine Republic as the  assembly’s ex-oficio members.