Saint Patrick’s Day is celebrated in the Philippines just like it is celebrated in most every other country in the world.  Green is the color of the day, and for faith it’s a good day to pray.

Useless Knowledge: A crocodile weighing only 120 pounds exerts a crushing force of about 1,540 pounds between its jaws. But no matter how much a human being weighs, his jaws still exert a puny force of only 40 to 80 pounds.

Titing and Neneng kind of gave up on their little food sales in the morning.  It was taking up too much of their time and that time needs to be focused on the bigger business, the Pepsi business.  They tried hard to make it work and did sell most or all their food that they put out, but it just got to be too much.  I personally wonder how they have made it so long after Anna Pearl left.  They have no helper during the day now, which makes things extra tough on them now.  Neneng works in the warehouse, pays bills, run errands and then has to clean the house at night.  Titing is sometimes still working at 10:00pm or later.  It’s difficult, but they are doing a wonderful job just getting done what they do, so the extra work is not worth it. 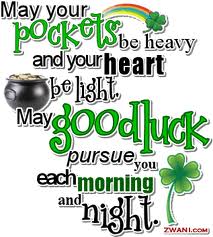 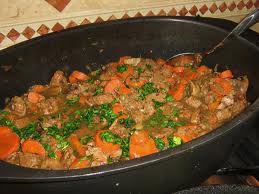 Since they are no longer selling, Lita thought she’d give it a try starting this morning.  The arrangement she had with Titing before was that he would sell his stuff (cause it was his idea to start it), in the morning time and then Lita would take over starting at 3:00pm.  Well now Lita, Vicky and Sally will be handling the eats all day long.  We’ll see how that goes for awhile.  We don’t have another commitment to another business, so maybe it’ll work.  When I got up Sally was already in the kitchen working and Vicky showed up a few minutes later, 1 1/2 hours early.  I don’t know if they can keep up those hours because Vicky and Sally already work 14 hours a day, 6 days a week before this thing started.  Their average salary for all those hours is P2000 per MONTH.  I know I wouldn’t be looking to work any more hours, for free. 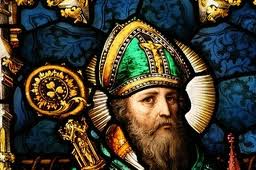 That average will go up when Sally is done with her ‘trial period’.  I have that because we’ve had so many different helpers now and we never now who is going to be staying.  Sally seems to be a keeper and we’ll probably raise her salary a bit starting in June, but it’ll probably still be a little less than what Vicky makes. 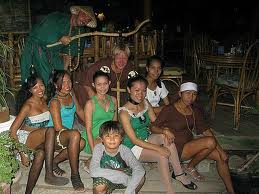 I heard Lita talking with Robbie at the front of the house.  I was in the computer room, but I heard them anyway.  I got just enough of the conversation to know they were talking about her and I going to Tacloban this weekend.  I’m going THIS weekend, and if I’m alone, then so be it.  From what I understand the Grand Tour van or the Van’s Vans will drop me off at the mall and when I get ready to come home I can just take a taxi to their van terminal and hitch a ride back.  It’s only P200 per person, each way.  I’d have 2 or 3 boxes of groceries coming back with me though, but I don’t foresee that being a problem.

In a weird twist of fate, Lita just walked in and told me that only Ramil and I would be going to Tacloban THIS SUNDAY.  It’s only Thursday, so I expect her to change her mind a couple of times before Sunday morning.  When she realizes that I might not get everything exactly the way she wants, the she’ll change her mind.  Of course she tells me that she doesn’t need anything there, I should just get what I want.  I know she needs something there and whatever it is will come out within the next couple of days.  I’ll just have to write it down so I wont’ forget. 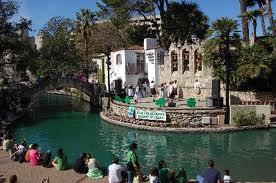 St. Patrick’s Day in San Antonio TX at the Riverwalk

If it does end up being just Ramil and I, I’m going to try to remember to go by the Dream Cafe.  Remember the restaurant that is my new dream house.  See the Friday – 11 Feb 2011 post if you haven’t seen it, forgot or want to see it again.  Maybe even if Lita goes with us, we’ll go there.  Otherwise we’ll just end up at KFC or Shakey’s again.

That was a wasted and warm 2 hours and 10 minutes. 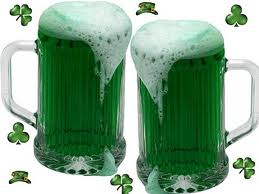 Early this morning Cathy, J, Jascyl and all 4 of Cathy’s children left for Tambis.  I guess for the baptism they will have a proxy stand in for me.  That happens often here, at least in my experience.  I’ve had a proxy stand in for me before because the child (it was Khan) was here and I was still in Texas.  I think Lita gave them P2000 to help pay for the transportation.  I guess she felt a little guilty for changing her mind so late.  It surprised some people that we didn’t go, because we have always gone before.  Although I’d like to see Bebie and Khany, I wasn’t really excited about going.  It’s a long trip, but maybe it wouldn’t have been so bad in that air conditioned van.  Titing thinks that they will have to do a couple of transfers because of high water on the roads.  It’s been raining a whole lot recently (and it’s been raining all morning today).  I feel sorry for the children, and the adults too, I guess because they will  have to put up with the whining children.  No thank you, I’m happy right here.

I was thinking during the brown out that I shouldn’t be limiting the pictures and things to the Calbayog hotels and restaurants.  I should expand a little to include things like hardware stores, bakeries, grocery stores, drug stores, pawn shops, phone offices and probably about a dozen other things.  Does anyone want or need to know about anything in particular?  I have a plan and the more businesses that I include in the blog, the better it will be for me when I get ready to implement my plan.  Of course it will also be beneficial to anyone interested in this area, especially for any future visitors.  I need to get more aggressive with my plan though or I might just slack off too much and it’ll never get done. 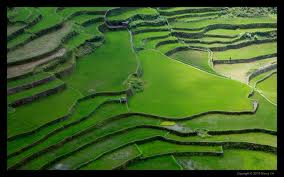 Lita got back from downtown, but she said she forgot something and just turned around and went back.  Now she’s back again.  No wonder she is so tired at night.

After the brown out, I turned off the transformer, but when I touched the computer case, it shocked me.  Not really a shock, it felt more like there was electricity running through it.  I unplugged at the back of the computer, disconnected the Internet wires and let it sit for awhile.  At 4:26pm, I came back, plugged it all back in and it seems fine now.  I touch the case every now and then to see if it’s going to do that again, but so far, nothing.  No clue what was going on with that.  I’ve never run across that problem before. 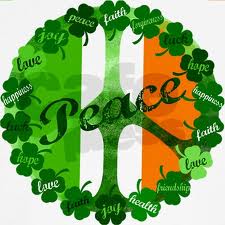 The BBQ did, actually still doing pretty good tonight.  Lots of the Ciriaco workers here today.  I told them that since we stayed and the didn’t have to go without, then they would all have to order extra food the next few days.  I said it with a smile and we all laughed about it, but maybe they are doing just that.

I made stew again today.  This time with no bullion cubes.  I had 4 chicken wings and I just used that, making sure I used a nice mix of seasoning, so the taste would be different.  My plan worked.  Robbie was curious as to how the stew tasted, so I gave her a small bowl of it, but I didn’t stick around to see what she thought of it.  I’ll ask her tomorrow or the next day.  If she liked it enough, she’ll mention it to me I guess.

I still have that pain in my shoulder, it’s been there for a couple of weeks.  It doesn’t hurt all the time, but sometimes it gives me a short sharp pain.  Mostly I can barely tell it’s there, but I can tell and it shouldn’t be there.  I’m thinking that if I was exercising, that pain would go away.

Lita just returned from eating and turned the TV on.  She always has it so loud.  Different channels have different levels of loudness and she doesn’t always adjust the volume for each channel.  At least not from high to low she doesn’t.

Well no more for today.  Not too bad of a post if I must say so…I don’t have to, but I will.