[smartads] Another of the sites to see with the MJ Tourist Services.  There one of the most famous sites in the Philippines.  These hills were actually named by an American who, upon seeing them, said they looked mounds of chocolate (paraphrasing).

To continue the story from yesterday…I was told that my room number was 309 and I was wondering how they planned to get me up there, because there is no elevator.  Of course Lita said I would have to walk, she does have a sarcastic side at times (I like it).  Naturally there is no way in the world that I’m going to be able to walk up there, I can barely stand up and even then can’t put pressure on my right foot.  I’m thinking they better have a ramp that goes all the way up because if they plan to have someone trying to bring me up stairs, they can forget it.  I’d rather take my chances at home and go through the pain a bit longer.  But they did have a ramp.  The ramp is basically like some of the roads around here though, full of holes and bumps.  I told them before we started that I weighed 130 kilos.  I wanted to be absolutely sure they knew what kind of weight they were dealing with because I didn’t want to have to jump from an out of control bed rolling down a ramp when they couldn’t handle the weight.  So there are 3 orderlies pushing and pulling me up this ramp and I swear they never missed a bump or hole.  I had to raise my leg up a little bit, even though it was painful, just to keep it from being even more painful from the jolts I was receiving from each bump and hole. 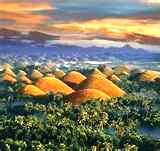 We did make it and my room was a private room at the end of the hall, in the corner.  Pretty decent room, but the toilet didn’t work properly, wouldn’t flush right.  There was a refrigerator, a shower and a small (about 13″) TV.  The most automated thing in the room was the remote for the TV, so not that up to date as far as medical equipment goes.  A private room at this hospital (Our Lady of Porziuncola Hospital) is P1300 ($30) per night.  Attending Physician professional fee: P1500 ($35) and the check in through the Emergency room was P440($10).  So the prices are not bad but they do have a few weird fees in there like an Admin Kit (P330) and another ER fee (P250).  Overall it wasn’t so terrible, but they do not accept TRICARE at this hospital.  Total bill was P6618 ($150.50) and you have to pay before you can leave.  It did get me faster relief and I did find out that there was nothing wrong with my knee, but I think if I had to do it again, I would have just suffered a little bit longer and saved the $150.

The doctor did give me 3 prescriptions to fill, but I opted to not get them.  Reason being since they didn’t find anything else wrong, then, to me, this is just another gout attack.  I reverted back to the old medicine and it seems to be working.  So why didn’t I just take the old medicine to start with?  There is a good, but not so smart reason for that.  I would have, probably, but I forgot which one of the medicines it was.  I have about 5 different medications.  I thought I had it down to 2 different ones to choice from.  I tried them both, but neither was working.  I tried the Allopurinal a couple of times, but then I remember that my Texas doctor told me that that is to prevent you from getting gout.  If you take it after you get it, it probably will only make it worse.  I tried my water pills, to try to get the excessive uric acid out, but they didn’t work either.  The pills were working, but no pain relief in sight.  After we got to the Emergency room and the doctor there was looking at my medications and talking about them, did I finally realize which one it was.  I was neither of the ones I narrowed it down to.  Turns out it was an anti-biotic capsule that I rarely use.

Oh, I was going to tell you what I figured out about my knee.  It turns out that all it was is when you leave your knee at an angle all night, it stiffens up.  Since my ankle was hurting so bad, I wouldn’t move my foot while sleeping.  I knew about the stiffening up thing, but I just didn’t realize that that is what was happening until the pain went down some and I could think a little clearer.  I’m telling y’all from experience, if you want to avoid getting gout, trust me, you do, watch the amount of protein you eat and be sure to drink plenty of fluids, especially water.  It won’t guarantee not getting gout, but it will really increase the chances of not getting it.  To me, any chance at all is good.  That pain, on my scale is at #3.  Right above heartburn and right below getting kicked in the balls.  I tried to find a way to say that better, but that is the best I could come up with.  Anyone wondering why the getting kicked in the balls is at #2 and not #1?  Well I think I’ll have a story about that coming up soon.

I left the hospital early, around 0930.  The 1 guy that brought me down the ramp had to do it in reverse, so he didn’t accidentally let the wheel chair slip because I was too heavy (he got a P50 tip for not letting go).  He brought me out to the Nissan and I hopped (literally) into my seat.   I knew which of my pills to take now but I only had 11 of them left and I’m suppose to take 2 of them 3 times a day.  If they don’t work, then I will have to get that prescription filled.  I think we paid that ospital enough money already, so they’ll just have to work.

I added 5 more days to stay on the front page because Joyce was saying she has a hard time finding postings that she missed when she doesn’t get to read everyday.  I remember Winda was busy for awhile, still could be, and she was having a hard time keeping up.  I added the 5 days, so it will give them and others that may need it, time to catch any missed posts.  I hope it’s enough of an extension, because I really like the new blog theme and format.

17 Dec – I woke up @ 0500 to take my medication, but didn’t actually get totally up until 0837.  I was walking pretty good.  Still a slight limp, but hardly any pain at all.  I estimated myself to be around 80%.  Lita made some stew for me and although she made it different than I requested her to, it was still very good.  The doctor suggested that I continue to drink a lot of fluids so for supper I had 2 350ml bottles of water, 1 bottle of 7up (still no Mountain Dew at the Pepsi warehouse) and 1 bottle of the kool-aid lemonade I made.  Plenty of fluids.  Oh, plus the soup from the stew.

I have added the blog to a new site called Top of Blogs.  When they finally approved it, a/o the 11th of December, it came in at 58,000 (and something).  Next day it was at 56,000 (something).  Today it was at 7664 of 56,668 (13.5%) Overall and 400 of 3122 (12.8%) Personal.  So this one has many more blogs and we are ranking higher than on Top Blog.  I can’t even actually tell you where we are actually at this moment, because that blog changes constantly.   I like this site better and will be gauging the blog progress with this one.  It updates more and keeps the latest posts listed better than the last one.

Today, the 18th, I woke up at  0500 to take my medication.   After those 2 pills I have only 1 left.   I sure hope it’ll be enough so I won’t have to fill that prescription I received from the hospital.   After that I woke up at 0707, but didn’t get out of bed until 0847.  My foot was only aching slightly.  Today is a weigh in day, so I took care of that first.  Weight was 127.9 kilos (282.5 lbs), lowest since I’ve been here.  After the weigh-in I had 2 bowls of corn flakes.  Later in the day I ate most of the remainder of the stew from yesterday with 2 more bottles of water.  Precious came for a visit today.  She just wanted to play around on the bed because she likes to climb up there and wait for me to start tickling her.  I took my last anti-biotic pill, so I guess I’ll find out in the morning if I’m going to need more medicine.  If the foot is hurting again, I’m getting the medicine.  If not, then I’ll start on the Allopurinol, so it won’t come back.

I did get to take a shower today, without help.  I finally got to brush my teeth (it’s been 3 days) because now I can stand up with virtually no pain.  I made sure to brush longer and use extra Listerine though.

Cathy stopped by.  I showed her the blog, the Jungle restaurant videos and a couple of other things.  She had to leave to get Precious, but she said she’d be back.  I don’t think she knows exactly what that means, because every time she tells me that, she doesn’t come back.

The extra story I will be telling soon is the story of when I donated my kidney to my sister Wanda.  I’ll start at when I first found out until a few days after the operation.

Since I’ve been in bed or in the house for most of the last 4 days, I don’t know much of what’s going on out there, but I’ll start catching up tomorrow.  Lita told me today that Mar has invited us to see the Christmas lights downtown tomorrow night with him and Ludy, so I’ll bring the camera for that and be sure I have an extra set of batteries.  The money I had saved for the rechargeable ones, went towards the hospital bill.  Next month on the batteries and probably February for Tacloban also.

Useless Knowledge: When playing golf, scraping the golf club along the ground before hitting the ball is called sclaffing

Again I’m sorry I don’t have any new pictures.  I’ll have plenty for the next few posts though.