[smartads] This is one of the restaurants that we plan to bring the tourist to that sign up for our MJ Tourist Service.  Of course any meal on their menu is included with the tour package and the trip down the river is free also.

Okay I have a little catching up to do.  My gout is still not completely gone, but I can at least walk, somewhat, on my own without being in much pain.  I’ll get to more of that later but I need to start at the beginning of my notes or I’ll …it just starting pouring down rain….start repeating myself later in the post.  Dang it..hang on..I forgot my medication.  I’m back.  I was suppose to take my medicine around 1:00pm and it is now 3:40pm.  I was watching “Tears of the Sun” and I lost track of time.  You know I think that that is one of the best movies ever made.  Let’s start back on the 13th of December, the day before all this trouble started.

Monday, 13 Dec…well even this first item actually happen very late on 12 Dec.  After I closed out the post and published it, there was a motorcycle accident right down the rode from here, about 50 yards.  Two motorcycles crashed into each other.  I’m actually surprised that that doesn’t happen more because they hardly ever use their headlights when traveling down the road.  Luckily to the best of my knowledge no one was seriously injured.  Even though they mostly drive without headlight, or sometimes no lights at all, they do not drive very fast. 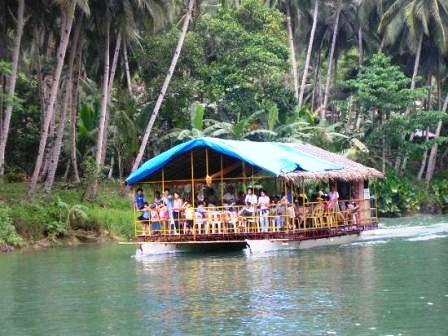 The driver we have, Ado, he is a very safe driver.  He takes his driving very seriously.  In fact he is one of the reasons that I do not call the Nissan a ‘pos’ anymore.  Between him and Leo they have the Nissan running just fine.  Ado checks all the fluids in the truck before any trip.  Not just a long trip either, I’m talking about even if we are just going downtown.  If any fluid is low, even a little, he refills it.  Almost every trip that we take downtown, he stops to have the air pressure in the tires checked and filled.  It cost P5 each time for the check and fill, so he doesn’t do it every trip.

There are several similarities between Leo and Ado, besides them both have 3 letters in their nicknames.  They are both drivers, not only drivers, but both are very good, careful drivers.  They are the only 2 that I’ve ridden with since I’ve been here that use their signal lights.  Neither of them zig zag in and out of traffic.  Here’s a little thing I picked up that I never seen until I got here.  Every time we pass the big Peter and Paul Cathedral downtown, they both cross themselves.  You know, make the sign of the cross.  They will hold the cross they have hanging from the mirror, mumble something that I don’t understand and can just barely hear, then make the sign of the cross.  There are probably some other similarities, but I just haven’t gotten around to noticing them yet.

You have to use your horn when driving here because the house are right next to the road and there are no sidewalks.  It’s only happen a couple of times while I was with them, but we had children run out of their house and into the street without looking and almost get hit.  Their are many, many people, including many children walking up and down streets like this all over the Philippines.  I’ve seen kids that look like 4 years old, walking another kid that looks 2 years old.  Not alone, but not with anyone either.  I mean that there are other people around, but they seem to be walking by themselves going someplace.  Most of the bata play near or in the street because there is no place else to play.  That is why if I win a big lottery, I’m going to buy some land around here and build a playground.  If the city will let me, and they probably would, I’d add some more to the park they have downtown too.

14 Dec…that was the day that the gout really hit me.  I was in so much pain I could barely move.  I did get in here and answer a few questions for the blog and it was very painful to sit in this low chair to do that, but I did get it done.  I didn’t think it could hurt much worse.  But the next morning…

15 Dec…I had to go to the hospital today.  It was hurting extra bad and not only was my ankle hurting, my knee starting hurting too.  My knee has never been affected by gout, only my ankles.  We had to go get some x-rays just to be sure it wasn’t something more serious.  I couldn’t walk by myself, not even a step.  They had to get the strongest 2 guys over here, Leo and Ado, to help me out to the Nissan.  I’m feeling sorry for Leo the whole way out there because he is getting most of my weight on him whenever I take a step with my right foot, the hurting foot.  I had to stop about 5 times before we got to the Nissan, I’ll bet it was more than 25 feet to the Nissan going the shortest way we could, and I had to rest 5 times because just moving that foot was so much of a strain and my knee wasn’t working properly.  Finally we got into the truck and the back seat has all his kids in there, including Precious.  Now y’all know that I love Precious all to pieces, but she was in a screaming mood, and I so wanted you to be quiet.  I told Lita, please tell her to be quiet.  Lita has this very high pitched voice when she yells, children listen and I think are even frightened by it.  So she got them to be quiet.  It wouldn’t have been too bad except she was screaming right into my ear.  I was glad when we let them off at Judith’s house, because that is where Cathy was.  We had to go to the emergency room because of the just dropping in thing, same as in Texas, and I was worried about them having a wheel chair big enough to hold me.  Turns out it was something stupid to worry about because the wheel chair was just about as big as the ones in Texas, the regular ones anyway, not those Texas sized ones.  So going to the hospital with me was Lita (of course), Titing, Juvic and Ado driving.  Three little Filipino guys helped me get out of the wheel chair and into a bed on the other side of wall from the emergency entrance.  A cute little Filipina doctor came by to exam me.  We showed her my medications, that Lita brought with us, and she did some writing then left for a few minutes.  They took my temperature, which was 37 degrees Celsius (what ever that comes out to in Fahrenheit), but she said it was normal, so probably between 98 and 99.  Normally with pretty nurses around my blood pressure and pulse is higher, but I was in so much pain my mind wasn’t doing it’s normal thing.  Pulse was 79 and blood pressure was 110/70.    After awhile it was time to get the x-ray.  Nothing on the knee at all (but I figured that out later…stay tuned) and ankle only had a small amount of excess uric acid buildup.  So all that is good news.  They said they’d like to do a couple more tests and wanted me to stay in the hospital 24 hours.  At first I said no.  Since there was nothing really wrong so far, then I’ll just take a chance that nothing is, and take my chances at home.  But then I thought if something else does turn up, then I’ll have to hobble get Leo and Ado to help me out of the house again.  Plus Lita wanted me to stay, so I said okay.  Oh, and plus the fact that they said they would give me an IV to make the pain go away much faster.  Turns out that my doctor was a male doctor…bummer…but he was a nice guy and seemed to know his stuff.

I gotta take a break…my foot and knee are hurting from keeping them in the same basic position all this time.  I can’t move it enough, to make a difference.  Don’t worry…it’ll be like I was never gone.

See I’ll bet you didn’t even miss me.  It’s about 3 hours later.  I’m sorry I don’t have any new pictures for y’all, I haven’t been able to get any lately and I tried to get a few at the hospital, but I still haven’t gotten the rechargeable batteries and I go the ever present “batteries exhausted” while there.  I did manage to get one picture, but I haven’t loaded it yet and I don’t want to put just one picture on here.

I think I’ll finish this story tomorrow to be sure I have enough to talk about.  Again, sorry for no pictures.  As I get to feeling better, I’ll make it more exciting too.  I was just typing up something real quick so y’all will know basically wants going on.

Useless Knowledge: During its debut 2000 season, the island location used for TV’s Survivor was a staging post for modern-day pirates. These pirates, with high-tech speedboats, used the remote island for international black marketeering. In retaliation for the invasion of their privacy by the Hollywood crew, several bad guys one day chased the show’s creator, Mark Burnett, in their speedboat. Burnett later said he feared he would be killed.