[smartads] The first and only time that I have actually stop to see this volcano this is what the mountain looked like.  We were at a fence, many miles away from it, but you could see the orange glow coming from the inside at the top.  Frankly I just wanted to get out of there as fast as I could, but there were many others there, including families with children, taking pictures and they didn’t seemed worried at all.  The last time that this volcano erupted was in 1993, killing 68 people.  This is another site that is included in our MJ Tourist Services tour.  Here is a link that tells a short history of the Mayon Volcano as well as some other points of interest in the Bicol area.

The 19th of December started out at 0716 for me.  Not much happen today.  Although I can walk on my foot pretty well, it is still swollen.  The Allopurinol that I have been taking is not working as well as the Indocin (actually Indomethacin, the generic equivalent) pills I was taking.  The foot is reverting back to the way it was, but when I have the Indocin it is usually well by now.  Because of the 2 big bills this month (electric and hospital), I am going to have to wait about 2 more weeks before I will be able to get some more Indocin.  It’s okay though because there is only a little bit of pain, but my right foot is about 50% bigger than my left foot and it is still bruised too.  When you buy pills here, you buy them ‘by the pill’.  So I can buy 18 of the pills I need and that will last me 3 days.  That should be plenty of time to get rid of what is left.  I could probably do it with 12, but I want to be sure.  If I can’t find the Indocin that I have now, I will get the anti-biotic pills that the doctor gave me a prescription for.  If those cost too much, I’ll probably check on that feldepine that Wayne suggested.  I’m really hoping for the Indocin, because I know that that will work. 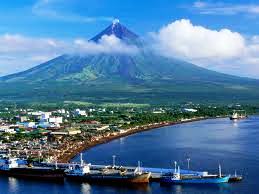 Although nothing much happen today, it was still some what of a landmark day for me.  Today I finally beat Level 8 of Zuma.  I just zipped through the first 7 levels, but I have been trying on and off for the past 2 months to beat this one.  As my Mom would say, I tried 40 11 times to beat that thing.  You get 3 lives to make it through 7 stages of Level 8.  Most of the time I was using my last live up at Stage 4.  The strangest thing about it is that when I finally did beat it, I did it all without losing a life.  The bad news is that Level 9 looks like it is going to be the same amount of trouble as Level 8 was.

Lita made spaghetti today.  I don’t know what possessed her, but she put cheese in it.  It’s not terrible, but I quickly told her that I like it much better without the cheese.  Also, because of the low quality of meat we are forced to buy here, I think I’m going to tell her to use 1/2 as much meat as normal and just double the amount of peppers and onions she puts in the sauce.  The sauce she makes is really very good, but it was better in Texas because the quality of meat and vegetables is better.

We were suppose to be going downtown to see the lights they have set up for Christmas, but I didn’t think my foot would be able to handle too much walking around, so we skipped it for now.  I hear that the lights will be up for a couple more weeks, so this weekend, probably Sunday, we will go check them out.  I’ll be sure to bring the camera, with extra batteries, to take pictures for y’all.

Speaking of pictures, I still haven’t been out to take any, but I will upload all the pictures in the camera to the computer and put whatever I have on here today.  It’s been a couple of posts since I’ve had any new pictures.  Cathy did borrow the camera to bring to the school, so there will be some pictures of that on there.  I did get 1 picture inside the hospital before the batteries totally gave up on me.  Plus I think there are 4 or 5 that I took before all that, that I still haven’t post on here.  I’ll check it out, upload them and see what I have.  I’m hoping to have enough for a couple of days.

The internet went down today at around 1:00pm.  It stayed down the rest of the day and night.  I waited too long to call the company so I’ll do that tomorrow if it is still down.

On Monday morning, the 20th of December, I was up at 0757.  I went to check the lights on the modem and found that the internet was still down.  When it got around 10:00 I tried to call them up, but of course they still haven’t fixed my outgoing call problem that I reported last month.  The phone system here really sucks.  If I ever do get around to making that 10 Things I Hate About the Philippines list, that I am always threatening to make, that will definitely be one of the things on the list.

Neither Lita’s or my phone has a load in it, mine never does, so I had to borrow Titing’s Globe phone to call them.  Notice I said his Globe phone, because he also has a Smart phone.  Here in the Philippines if you are on the Globe network, you can not call a Smart phone without incurring long distance charges.  Even if the person is standing next to you, which would be not so smart to call someone standing next to you, it would still be long distance.  Yeah, I know.  That’s one of the reasons that the phone system here sucks.  Anyway, I called Globe on their repair hot line and got to speak to someone that spoke pretty good English, I just had a little difficulty with the accent.  Every time I call, I have to explain to them that Ramil is my nephew, because the phone is in Ramil’s name.  I tell them he is my nephew, I tell them my name and I tell them that the phone and internet is in my house and I pay all the bills for it.  You’d think that they would put that information in their computer, but no they don’t.  I have to re-explain it to them ‘every single time’.

I called and reported the internet being down.  Instead of being able to transfer me, I had to call back to report the outgoing call situation.  They gave me a control number for the internet problem.  When it came time for the control number on the phone, they said to just use the same number.  I said okay, but I’m betting that it’s going to end up being a problem.

They called me up at 7:00pm and asked me to check the internet.  I did, it was working…Great!  Now the problem I think I’m going to have is that they will close out that work order, internet and phone, and no one will show up to fix the outgoing call problem.  When I called today, both the internet and phone service said it would be tomorrow before they could fix it.  I said, that’s fine.  So tomorrow I’m going to have to wait all day and if no one shows up to fix the phone problem, then I’ll have to wait until the next day to call them again.

Useless Knowledge: The first American TV show to be seen in the People’s Republic of China was Baywatch.

Sorry it was boring today.  I’m hoping for better things as I can get out and move around more.  I will have pictures of the Christmas lights and activities downtown very soon.
Salamat, Paalam