[smartads] Sorry I’m late again.  No excuse for it really.  Just not in the mood to do all that typing after I got home from the party.  I didn’t party that much, but I was gone a good part of the day yesterday and I didn’t get to take a nap, after not getting a lot of sleep the night before.  It just all caught up with me.  But I’m here and here it is.

Masbate (Tagalog pronunciation: [masˈbate]) is an island province of the Philippines located in the Bicol Region. Its capital is Masbate Cityand consists of three major islands: Masbate, Ticao and Burias.

The general surface configuration of the province ranges from slightly undulating to rolling and from hilly to mountainous. In each island, the rugged topography is concentrated in the northeastern portion and gradually recedes to blunt hills and rolling areas in the south, southeast, and southwest.

Masbate island is considered as the center of the Philippines. 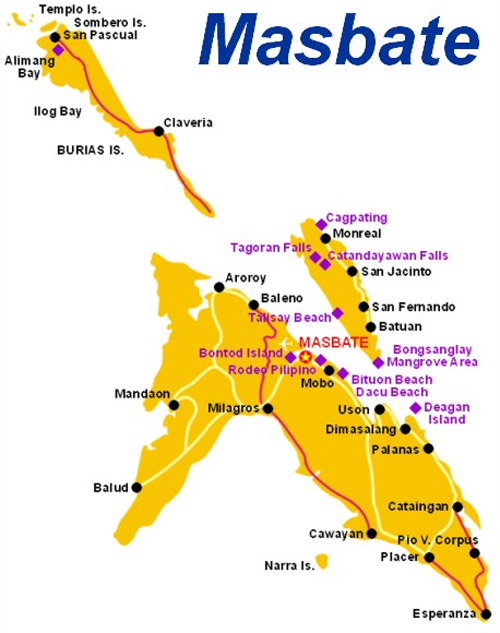 I checked for my check this evening, just in case, and it was there.  Lita and I decided that I should go with her early in the morning to get it from the ATM.  Most likely there will not be a line at 0530.  After we get the money we can spend a little of it at the market before we head home.  I’m pretty sure that the Globe office to pay my Internet will not be open and probably the water department will not be open either.  That’s the 2 utilities I have to pay downtown.  The electric company is way away from the house in the other direction from town.  They will have to wait until at least Monday.

So later in the day I will have to go back downtown to pay those 2 bills, but that’s okay, it’s not like I have much else to do at this time.  Most of the bills we have to pay are around the house.  It’s either someone who lives here or the person we owe it to, will come by to pick up the money. 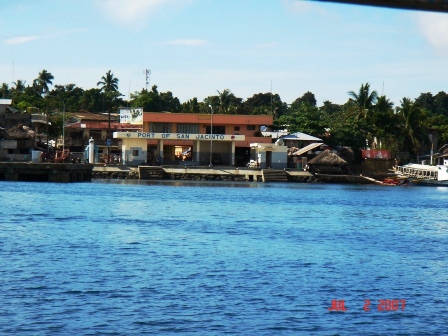 Anyway after that long introduction, I’ll catch y’all later.  I shut the computer down at 0028.

Lita didn’t wake me up like she was suppose to so I could go with her early.  When I got up, she just got back from downtown and was eating.  However, after I got ready, we went back downtown to accomplish what we needed to do. When we got to the bank at 0645, there was no line.  There was a guy just leaving the ATM as we were approaching.  While we were in at the ATM, only one other person, a good looking young lady, showed up to use the ATM.  This seems to be a good time to go to the ATM instead of going later and having to wait half an hour in a half ass line.  Anyone that has ever been in line in the Philippines probably knows what I’m talking about.  If you would like more detail on that, just leave me a quick note in the comment section, and I’ll expand it further.

Useless Knowledge:  In 1 hour, your heart produces enough energy to raise almost 1 ton of weight a yard off the ground, and it beats 40 million times in a year. 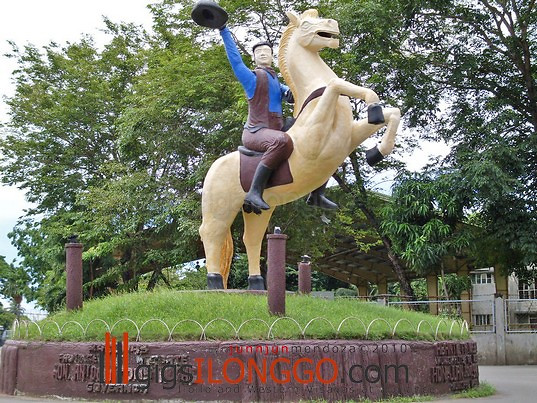 Rodeo Capital of the Philippines

A problem with going to the ATM so early is the second trip you have to make downtown later.  Of course if you don’t have to be there downtown, then you are good to go that early.  I’ll just do that later in the day because I see no hurry.  Our biggest monthly bill needs to be taken care of here at the house.  I will personally be there to give the guy the payment and watch the balance get marked to -O-.  Actually the medium bill we are paying off this time is at the house also. 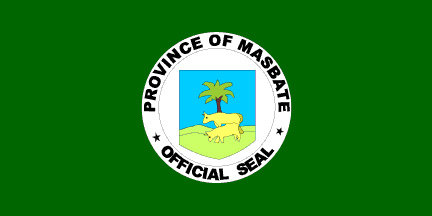 I know that all these balance payoffs are going to leave us short again this month, but I don’t care.  I have got to get rid of all these little nagging things.  These 2 we are paying will give us more money during the month though.  Both of these ‘were’ being paid daily, so that will no longer be happening.  I told Lita that she better take full advantage of that and make things work like they are suppose to out at the BBQ.  I think that we will still not have anything in the store this month, but the time is coming when everything will be working as it’s suppose to. 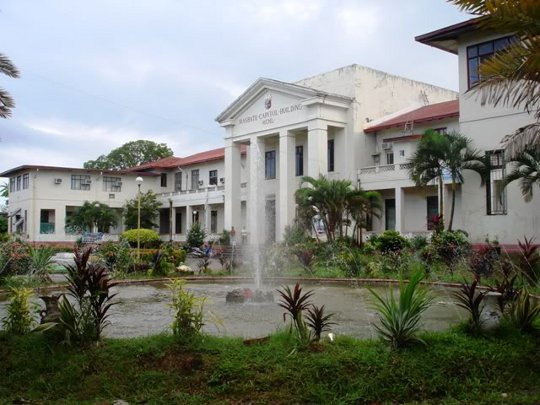 Lita went to visit Poppa in the hospital this morning.  I think she will have an update on his condition when she returns.  It seems that Poppa doesn’t want anyone, except Jay to be at the hospital with him.  Hey, what Poppa wants, Poppa gets.  So Jay will be there until it’s time for Poppa to come home, which I think will be Monday or Tuesday.  He seems to be doing okay.  I haven’t heard anything bad and I’m sure someone would have said something by now if there was.

Okay, so the rest of this I’m writing in the notes after the party.  It’s 10:51pm and I haven’t been keeping up by writing little note throughout the day as usual.  I hope I’m able to remember everything, or at least enough to make a decent post.  I’m sure I will, I usually do. 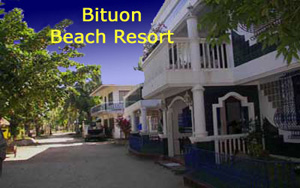 Early this evening Lita and I went to see Poppa at the hospital.  He seemed so small and frail laying there on that hospital bed.  Of course he is small and frail, heck he’s Filipino and 90 years old.  We all should be so lucky to leave so well so long. Things still look good for him to be home on or before Tuesday.  After our 15-20 minute visit, we, and when I say ‘we’ I mean everyone else, except Poppa (of course), Grace and Jay.  Both Grace and Jay were at the hospital with Poppa.

Jun volunteered to buy me some orange chicken from Chow King so there would be something they know for sure I like to eat at the party.  Jun volunteered to pay, but then he started digging in Luz’s (his wife) pocketbook.  I thought it was funny and so did everyone else when I informed them of my observation.  Juvic, even though she is still feeling bad (but looking good) was the one that was volunteered to go to Chow King.

There turned out to be, I don’t know, but a little over 30 relatives at this get together, including mga bata (all the children). Titing and Neneng were the last to arrive because they were the only ones still working and couldn’t get away as fast as everyone else.  It’s okay though, no one minded.  There was many different kinds of food prepared by different people. Basically it was a big pot luck.  Everyone seemed to be enjoying themselves and just about everyone wanted to hold Casandra.  Of course Casandra was choosy as to who she wanted to hold her, so her screams ruled.

After most of us finished eating, it was suggested that we buy some San Miguel.  Okay, sure, I’ll help y’all drink some beer. There were only 2 Grande bottles.  I’m not sure of the size of the grande bottles, but they are probably 1 liter to 1.5 liter bottles.  I normally drink the Red Horse beer here so I don’t pay that much attention to the others.  Although, according to Marlou, they do have Budweiser here in at least one store, occasionally.  Also according to Marlou, it is not really that much more than the local beer.  I’ll get more information from him on that soon and get him to show me the location of that store.  Anyway … the glass they gave me to drink the San Miguel in was small.  That was okay for today because I was not in a really good beer drinking mood.  I still had 4 of those small glasses though.  Well, really only 3 1/2.  I filled it up one time when it was only half empty.  I’d estimate that it was only about 20 oz of beer that I consumed. 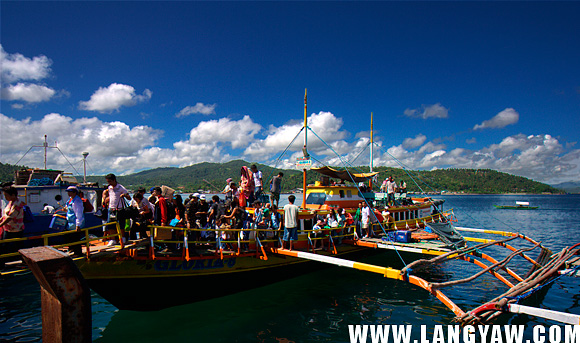 We all hung out there and talked, I mostly hung out only but talked enough, until about 10:25pm.  At that time it was decided everyone should head home.  We went there in Ado’s multi-cab, so that’s how we went home.  It was pretty clear of traffic at that time of night.  In fact, I only remember seeing 2 or 3 other vehicles, not counting pajak-pajaks, on the road. When we passed by the sea wall I can see in waves coming in a little fast and heavy.  I’m sure that is due to the typhoon coming in at Luzon.  It just was nice looking for us here.

Angelo was at the picnic table when we got home.  He was drinking Red Horse and asked if I wanted to have some.  I declined because I figured I had enough to drink for today.  It was mighty kind of him though.  Lita got some beer though. She likes to mix her’s with Mountain Dew … yeah, I know, gross huh? 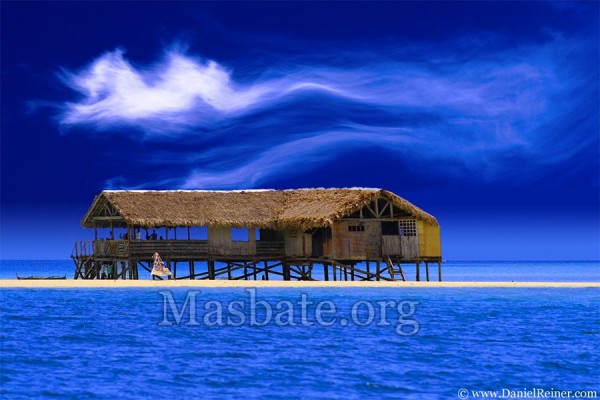 I’m going to have to take a shower and especially wash my hair before bed tonight.  I’m been sweating all day and for awhile there the back of my head was soaked.  I think a nice shower will be good.  This is one of those times that I wish we had hot water.  I think I will put a hot water heater on my list of things to do.  It won’t be high on the list though.

Okay, if you are still reading, then this must have been an interesting enough post.  It is now … The End.

1876 – (Mrs.) Sofia E. Reyes-de Veyra, future,  outstanding Filipina civic leader and social leader, educator, and secretary of the Association Feminista, is born in Arevalo, Iloilo City; Sofia, despite her lack of formal education, would found the first training school for nurses in the Southeast  Asian archipelago, and in her travel to  the United  States in the early 1900s, would help disseminate accurate information about the Philippines and the Filipinos to neutralize the disparaging, untruthful  propaganda made by U.S. imperialism advocates in  relation to the Philippine-American War  (1899-1914).1889 – “Filipinas Dentro de cien años” (The  Philippine a Century Hence), essay of Filipino reformist, patriot, and polymath Jose P. Rizal, is  first published in the Filipino reformist propaganda newspaper “La Solidaridad” in Madrid, Spain during  the period of Spanish colonial rule in the Philippines; therein, Rizal exhorts Spain to give more rights, to the Filipinos “to grant six million Filipinos their rights, so that they may be in fact Spaniards“],  warning that failure to do so  could make them lose the Southeast Asian  archipelago.

1911 – Higinio Benitez, member of the First Philippine Republic’s Revolutionary Congress who rather quickly collaborated with the imperialist American invaders, is reassigned as associate judge to the colonial Land Registration body; Benitez,  despite being named Laguna’s representative to the Malolos Congress, unpatriotically chose not to fight  during the Philippine-American War (1899-1914),  even serving as (appointed) secretary of the  American sponsored Supreme Court under the leadership of another American lackey and illustrado collaborator Cayetano Arellano.