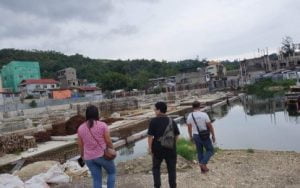 TACLOBAN CITY — The Samar provincial government has declared August 9 as a non-working day for its employees to join the anti-dengue campaign.

Governor Milagrosa Tan has issued Executive Order No. 14 to call for a synchronized search and destroy mosquito breeding sites.

Her son, Vice Governor Michael Tan, presented a copy of the directive to the media after it was signed on Tuesday.

The order came three days after the provincial board placed Samar province under a state of calamity due to an alarming increase of dengue cases.

The provincial health office recorded at least 1,855 dengue cases with two confirmed deaths from the cities of Calbayog and Catbalogan as of August 2.