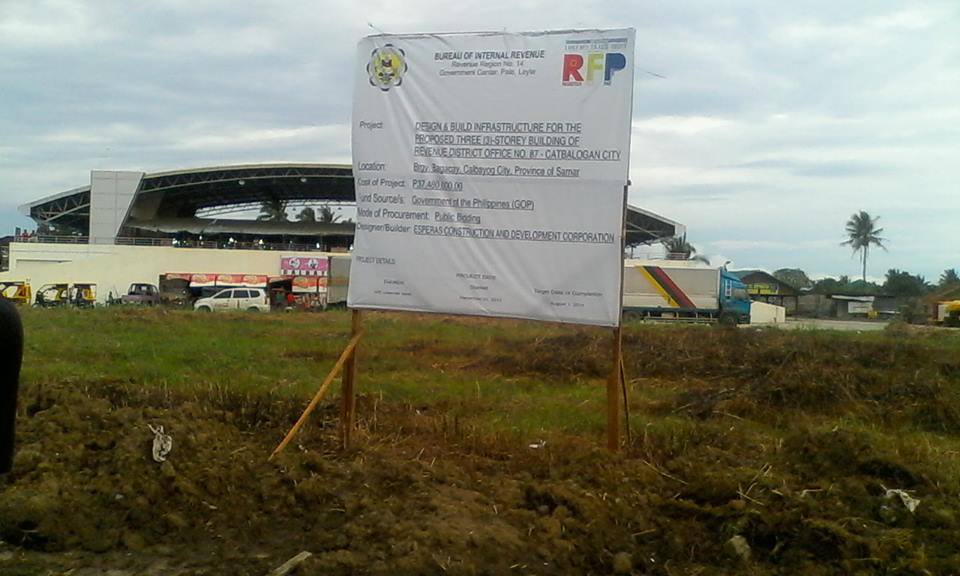 Calbayog City, Samar, July 6, 2014 – The City Government of Catbalogan had failed to block the transfer of Revenue District Office #87 as its new 3-storey GOP-funded building will soon rise near new public market in Bagacay, this city.

The construction of the building worth 42MP will already start next month, August, through Esperas Construction and Development Corporation.

This lot is donated by the City Government of Calbayog and said “good deed” was valued justly by BIR-8 Regional Director Atty. Diosdado Mendoza and BIR Deputy Commissioner Atty. Nelson Aspe through showing their appreciation to Calbayog City Mayor Ronaldo Aquino for his interminable support to BIR’s efforts in a simple ceremony held March 25, this year at BIR-8 RO Multipurpose Building. 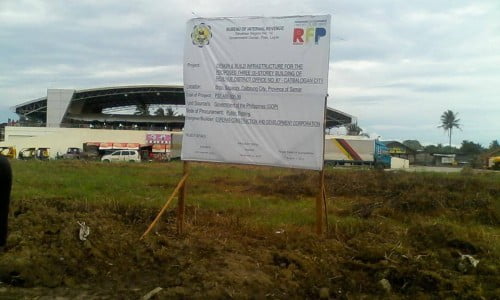 Presently, BIR’s annex building is located within city hall compound, and completion of the new building will already give them their permanent spot within the city.

Mayor Aquino, in his “Radyo Natin” guesting, said that with BIR District office in the city will generate additional income since they will be paying the Real Property Tax (RPT) of the building and of the lot.

He also mentioned a more vibrant economic activity that it will bring to the city as local tourists coming from nearby places are expected to pour in the city to transact business with BIR. ##END## (pics courtesy of Jennifer Demolar Sumagang-Allegado) 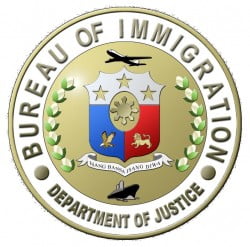 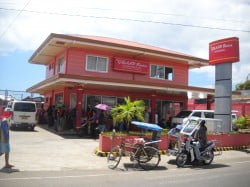