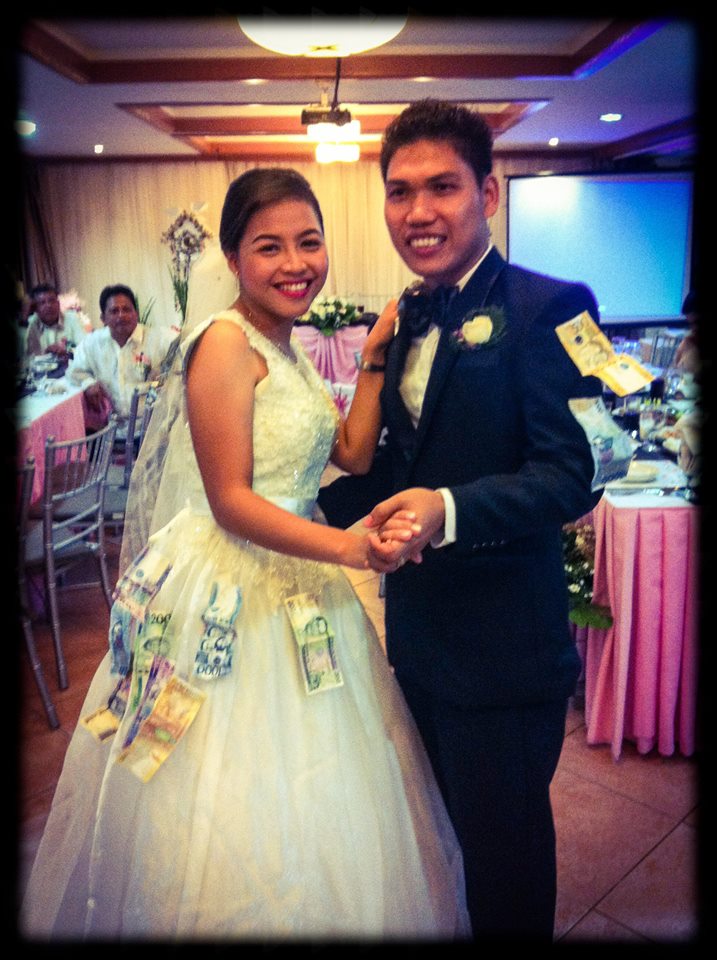 Again I am a bit behind because things start out slow and then seem to happen all at once.  I write down some things, but by the time I get around to putting it in print, it’s old news.  However I will continue to print it because I know sometimes something I say helps someone out.

Back on 21 June my niece Jade from Tacloban got married.  We did not go to the wedding, but maybe I should have.  Lita had a rash on her neck that would not go away and was aggravated with heat/humidity.   I didn’t feel comfortable going without her, plus I’m not much into going to weddings or other fancy things like that.  I was suppose to be one of the witnesses and I didn’t show.  We did have several people from here to though.  I’m thinking I should have went though because I really like Jade, she’s a really cool niece.  Every encounter I have ever had with her in person or on Facebook has been always pleasant and weird at the same time.  She is not too shy to say things to me just because I’m her “Uncle”.  I like that.  Anyway, I hope that they have a very wonderful life together. 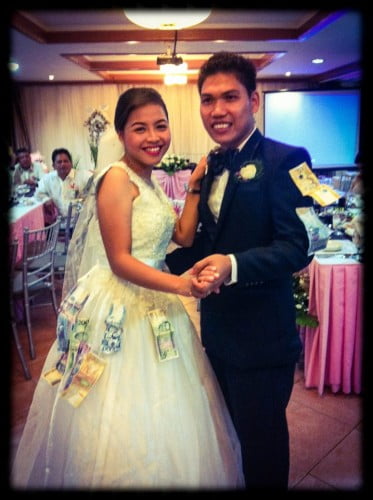 Jade and Jay after the money dance

The TV we had outside has been moved inside to our kitchen.  The reception is not the best at times, but we will work on that.  I can use it to watch sometimes when I want to watch something and Lita just has to have the TV, and vice versa.  There are not too many shows that I just have to see.

One day while we were all just hanging out here, Neil showed back up.  He had not been gone that long and he was not expected to be back until August.  Surprise, Surprise.  He was not going to be staying long though.  He only stayed about a week before he left again on the morning of 30 June.  He will still be back in August though, so only about 4 more weeks.  I suppose Lita and I will still be here when he returns.  We are heading to Guam and then Texas around the middle of August.  I’m not sure how long we will be gone though.  I think no more than 3 weeks, but since we will be taking Space A back, who really knows. 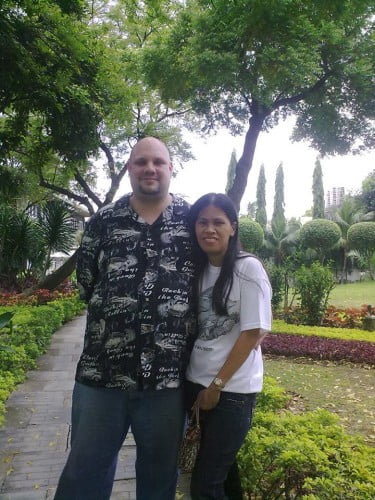 As you may know lately we have been able to get some foods that a lot of us expats have been desiring.  There are at least 2 couples here selling products.  Here is a list of potential items that Scott & Lucy can get for us.  I have been buying my products from them because they deliver to us.  I hear they can get something that Scott called New York bangers.  Supposedly some large hot dogs.  Being from Texas, I have not heard of these, but I’m willing to give them a tasting test at least once.

I should have information on the other couple, Andrew and Jesyl, that also sell these meats and things.  I’m told that they have a website or Facebook account or something, so I’m waiting on that.  They actually have a shop downtown across from city hall somewhere.  I have yet to go there, but will and get the exact location because a couple of people told me it’s a little hard to find. 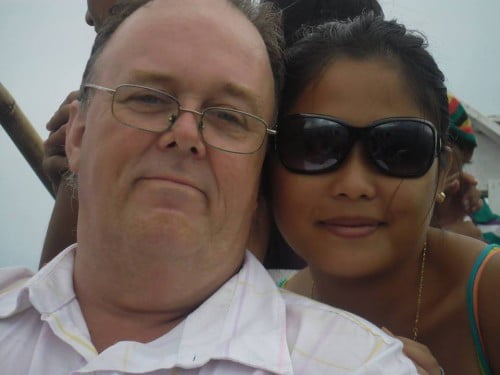 On 28 Jun David Zook, our Calbayog veteran expat of about 19 years, came by the house to use my computer to apply for his social security online.  Seems he has been having problems getting it to come up on his computer because the connection is too slow.  He did not have any problems with it on mine.  I’m glad I was able to help him out.  We talked for about 2 hours outside.  I’ll have to avoid that next time because I got those marks on my arm again from being out in the sun so long.  I should have put on some lotion or at least stood in the shade, but no I didn’t do that.

To finish off the interesting things that happen in June, on the 29th a lot of us went to Mondejares Puertes Resort and Seaside Lodge.  We left about 0930 and did not return home until 1800 (6pm).  Several of the people just got a room and stayed there overnight.  Everyone did not stay so Lita and I just came back with them.  We could not see spending money for a room when we have a house already and someone some coming back anyway.  At first I was not having a very good time, but for some reason about the time the Red Horse came out, things picked up.  Go figure.  For some reason the breeze seemed cooler and I was able to sit in my chair and enjoy it.  Victor and I shared 1 liter of Red Horse.  It wasn’t much, but it was enough to perk me up.  Shortly after that it was time to go though, just when things were going well.  Oh well, next time maybe we’ll break the Red Horse out earlier. 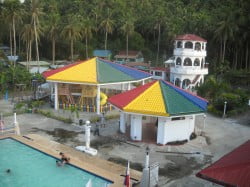 I did want to get this information in here again in case we have any new people here or if you missed it last time.  It is the information for Warren Pratt, our Embassy representative here in Calbayog.

Also I may as well plug a couple of Space A sites that I’m associated with.

Space A Travelers of the USA

In the next post I will start on July.  I probably already have enough information for a post and it’s only the 5th.  Let’s see how motivated I get to get the next post out soon.  Thanks for reading and remember if you have suggestions for this site, please let me know.