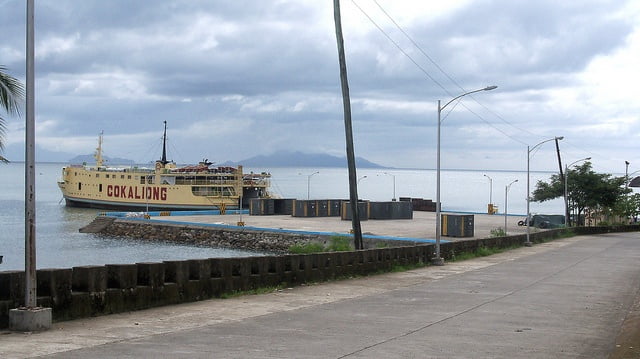 CATBALOGAN CITY, Samar, February 9 (PIA) – Officials of this developing city share the same observation that the upgrading of Manguino-o Port will usher better trade, commerce and tourism in Calbayog.

Today, Representative of Samar First District, Mel Senen Sarmiento said that the Manguino-o Port Development project is being upgraded to  cost  Php40-M which will help improve the city’s port and accommodate another roro vessel.

The project which covers the construction of a back-up area and a roro ramp was awarded to MAC Builders and to be constructed for 300 days.

Sarmiento added that he will coordinate with PPA for a fence and installation of water service so that the port terminal will be ready.

City Administrator Rosario Gonzaga, who represented Calbayog City Mayor Ronaldo Aquino, in her message said that the project is one of the manifestations of Rep. Sarmiento’s effort to develop Calbayog City and the first district of Samar.

The Manguino-o Port, some 22 kilometers from the city proper serves as port to sea-vessels plying the Cebu-Calbayog route and other vessels carrying products like flour, feeds and copra. The port also serves other municipalities of Samar and Northern Samar. (ajc/nbq/PIA8-Samar with Jen Allegado)