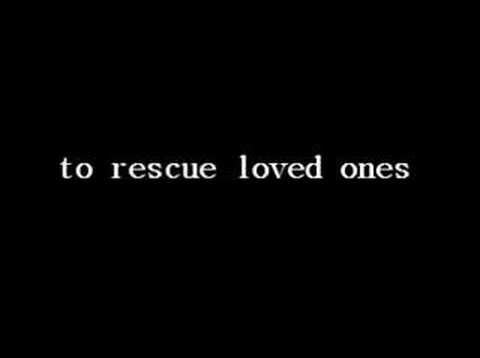 [smartads] I found this picture on this website   http://www.expatinthephilippines.com  and I thought it was funny.  I hope you enjoy it too.   My copy is a little hard to read, so I’ll put it here just in case you have a hard time reading it also.  It says:

For those of you unfamiliar with what their talking about, they are talking about a fast food restaurant called Jollibee.  It is similar to McDonald’s except they serve all their food Filipino style.  To me it is a combination of McDonald’s and your local chicken place, plus they serve spaghetti.  Well even the McDonald’s that are here serve spaghetti.  The spaghetti has a sweet tasting sauce that I don’t care for, but Filipino’s just love it.  It should also be noted that Filipino style hot dogs can be ordered in your spaghetti.  That is also very popular here.  I’ll get some pictures of inside Jollibee soon.  I didn’t realize I didn’t have any.  I got some inside Chow King and BreadMix, but forgot Jollibee.

This is, as the Mc D picture says, the fat stupid happy bee.

The above pictures are repeats from a previous post, I think maybe even my first post, but I wanted to be sure that any new readers got the full picture of just what a Jollibee is.  You can get a better picture of what Jollibee is all about at their official website:   http://www.jollibee.com.ph/

If you want we can make sure that we stop at a Jollibee’s on one of your MJ Tourist Service tours.  Have y’all noticed that I’ve mentioned the MJ Tourist Service a lot recently?  I’ve been doing it to give it more hits on the internet.

5 Jan 2011 – The hit counter was at 72031 when I checked this morning at 0833.  I made sure that I checked the blog this morning, as I do every morning, right after I brushed my teeth and shaved.  Both were getting obscene looking.

Lita went to the market this morning, but I’m not sure if someone went with her.  I know that Vicky and Lin are both here.  She could have stopped off at Judith’s and picked up one of the nieces, Juvic or Grace, to go with her.

Well I never did find out if anyone went with her to the market, I didn’t ask, but she is back now.  She forgot to buy the tomatoes.  Oh well, we’ll work on that tomorrow.

They had a wedding over at the Ciriaco Hotel today.  I think an Aussie was getting married.  Because of the wedding, I found out that the Ciriaco has a van service.  It’s a nice looking red van, but I didn’t get the model or anything else.  I guess it is the normal thing that a hotel uses a van for, pick up/drop off at the airport.  Lita said that maybe they have 2 of the vans, but we’ve only actually seen one.

Cathy informed me today that the barangay police finally got around to Tambis and had them all evacuate because of the flooding and landslides.  Check here for the details:    https://texaninthephilippines.com/?p=4392 .This was not a voluntary evacuation either.  Everyone was required to leave.  To the best of our knowledge, no relatives have suffered due to the recent problems.  I’m sure the Philippine government does want another Guinsaugon on their hands.  Especially after they were allocated a bunch of money to fix the problems there.

I think they finally did fix my phone.  I don’t have a number in Manila or a long distance anywhere, except in the States, but before when I just started dialing, I would get the error message.  Now I can actually type in the whole area code and still no error.  I’ll get Lita to call someone in Texas or her cousin in California to verify.

6 Jan 2011 – When I arose at 0843 this morning Precious was already here and evidently she wanted pancakes.  So I made pancakes.  Banana pancakes actually.  Of course Crystal and Khan got to help also.

Arnel was already here and working on LolyKat.  Lita wants it open by Saturday morning, at least some of it anyway.  It won’t be in full swing until next month probably.  She wants to open it on a day that has an “8” in it.  Evidently it is good luck to start something on a day with an “8”, and Saturday is 8 Jan.  Probably on 8 Feb she will have her Grand Opening.  Maybe that is why they started building our house back on 8 Aug 08 (8/8/08).  Lita and Cathy (LolyKat) went to JustMar today and bought a lot of things for the opening.  They bought their record books and will be keeping records of all transactions, but there probably won’t be much to record at first.  As y’all know from previous posts, there are a lot of other stores around here, but we are right across the street from the Ciriaco Hotel and we are also the last or the first (depending on which way you are traveling) store in Barangay Bacacay.

This is Flor our new helper

Stupid cat pissed on the bed today.  Had to change all the sheets and a couple of pillows.  I told Lita and that cat that if it happens again, he’s banned from the bedroom.  I also had to turn the futon mattress over and put a piece of cardboard between that futon and the one below it so they both wouldn’t dry stinking.

Okay for the Tagalog Word of the Day I’d like to announce that I’ve found a website that will help me with the pronunciation of these words.  When I put the words on here, hopefully I will have the correct definition, I will explain each word like it does at that website.  It helps with saying each word correctly.  In fact…I think I’ll put the list on the front page.  That why you’ll be able to figure out any word and I won’t have to keep listing it for every word.

t – is read as “t” in tap but instead of the tongue touching the roof of the mouth behind the teeth, it should touch the teeth themselves.

Lita just came in and told me that J is back with the young ladies.  It’s only Thursday and they said Friday, but like I said things change daily around here.  I’m going over to meet them now so I’ll let you know some things when I get back.  Don’t go anywhere.

Glad you hung around.  Once again proving my point about how easily things change around here, there is no Susan.  Two other ladies came instead.  We had no clue.  You’d figure that that would be something J would have told us in his text, but I’ve just about given up trying to figure out things around here.  I try just going with the flow…after all…I’m the visitor here,  not them.  The young lady that will be helping us here is named Florentin (sp) or Flor.  Think I will use the nickname on this one.  The other young lady is named Jasel (sp).  I’ll find out the proper spelling later.  They are both the shy type, which is the usually around here, so I’ll have to wait until they get more accustomed to their surroundings before I probe them.  I’ve already warned them that I will be needing pictures for this blog, so I will be doing that pretty soon also.  Think I’ll go take a couple of pictures now of something new, so y’all will have something new to look at.

A night time view of the front of LolyKat

Well I got a few pictures.  I even got a good one of Flor, but it seems we have another Chatty on our hands with Jasel.  I had a hard time getting a picture of her.  I’ll keep working on it.  Who knows maybe someday I’ll have a picture of Chatty and Jasel together.  I got a couple of pictures of the front of LolyKat, but, surprise surprise, it’s raining and I didn’t want the camera to get too wet.

In 1521, Ferdinand Magellan, a Portuguese explorer who was serving the Spanish crown, landed in Samar Island on his voyage to circumvent the globe. He explored the islands and named it Archipelago of San Lazaro. Magellan was killed during a rebellion led by a Datu named Lapu Lapu in Mactan Island (adjacent to Cebu Island). Spain continued to send expeditions to the island for financial gain and on the fourth expedition, Commander Ruy Lopez de Villalobos, named the islands: Philippines, after Prince Philip (later King Philip II), heir to the Spanish throne. Spain ruled the Philippines for 356 years. 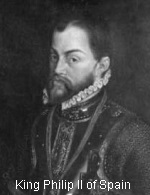 In 1565, King Philip II appointed Miguel Lopez de Legazpi as the first Governor-General of the Philippines. Legazpi chose Manila to be it’s capital because of it’s natural harbor. Spain’s legacy was the conversion of the people to Catholicism and the creation of the privileged landed class. Because of abuses and suppression of the Spaniards, a Propaganda Movement emerged with the aims for equality between Filipinos and Spaniards. The arrest of propagandist Dr. Jose Rizal and execution in 1896 gave fresh momentum to Filipino rebels to fight against Spain.

The secret society of the Katipunan, founded by Andres Bonifacio attacked the Spanish Garrison in San Juan with little success, while Katipuneros in Cavite Province headed by Emilio Aguinaldo defeated the Guardia Civil in Cavite. Aguinaldo’s victories lead him to be elected as head of the Katipunan. The factions of Bonifacio & Aguinaldo fought and lead to the trial and execution of Bonifacio on Aguinaldo’s orders. Aguinaldo later drafted a constitution and established the Republic of Biak-na-Bato in Bulacan province. In 1897, an impasse between the Spanish government and Aguinaldo arose. After negotiations between the two sides, Aguinaldo accepted an amnesty from the Spaniards and US$ 800,000.00 in exchange for his exile to Hong Kong with his government.

Useless Knowledge: Japan’s Buddhist establishment has been under attack over the practice of charging bereaved, vulnerable relatives huge fees for afterlife names given to the dead at their funerals. The tradition is centuries-old, and began with names being conferred only on Buddhist priests. When temples began granting afterlife names to common people, the names became something akin to a ranking system, reflecting the deceased’s noble actions during life. The highest rank, called ingo, costs more than $8,300. Of the average $5,300 paid to temples for Tokyo funeral fees, about $3,300 goes for the posthumous name. Talk about making a killing!