I wanted to get in that the MJ Tourist Service can help you get to beautiful places like this on a budget that you should be able to afford because you are the one that sets the budget.  We do what you want us to do, the way you want it.  I needed to get this in to make sure that the MJ Tourist Service has its name spread out across the Internet as much as possible.  I have been putting it at the beginning of the post, but I started thinking that maybe that was turning people away from reading it because they might think it is just another advertisement.  Well it is an advertisement, but that is only a very small portion of the post.  Anyway, to avoid turning off readers, I decided to put it down a little bit and still get in my MJ Tourist Service for the Internet.  Oh, and I also need to get Ciriaco Hotel and Resort in here also. 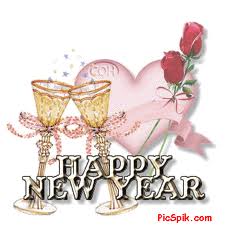 7 Jan 2011 – I was up and shining at 0737 this morning.  I made some pancakes but no bananas today.  Today is Flor’s and J’s first day of working for us.  Of course if it is their first day, then that means that this is Lin’s last day.  Lin didn’t talk much,but she could understand me.  I think that Flor is pretty good with English also.  I have talked with her only a little bit, but so far, no problems.  Lin will be training Flor today on the duties that she will need to accomplish and then she will be gone.  She did tell Lita that she probably could come by now and then if Lita needed some extra help, for whatever reason.  I personally hope it is because we have so much work that we can not keep up.  I will help out before we have to call Lin in though.  If they can’t do it with my help, then we really would need someone else.

Just so you’ll get some idea about the mail system here in Calbayog, I received a Christmas card from my mother today and the postmark on it in Texas was on 10 Dec 10.  It took almost 1 month for that card to get here to my house.  I figured this would be good information for anyone wanting to move here and wanted to forward some of their mail.  Hope you’re not in a hurry for it.  Oh, and another thing about the postal service here…don’t send cash money in the mail.  Chances are very high that it will not reached its final destination.  When I first got here my Mom sent me a card just to see if it would make it here, well it did in about 2 months.  It took longer because the buildings here do not have a number on them.  I have to put Purok 3 Bagacay as my address where the number should normally go.  If the people at the post office don’t know you then your mail will be late.  I guess if you went to the post office and you made sure they knew you were around, that might help.  I had no idea the mail service would be so slow, so I didn’t think about doing that.  You have the benefit of learning from my failure, so if you’re coming here, but sure to pay attention to that problem, if you really need your mail.  The way I resolved that was I started putting a c/o in my address.  The post office already knows Titing, so I just put his name for the c/o and then the deliver time was cut in half, but 1 month is still very slow.

Lita and Cathy make up LolyKat (our store).  Yeah I know it should be “Cat” not “Kat”, but as I explained in my 28 Sep 10 post –  https://texaninthephilippines.com/?p=1701 – I’m not sure why they started using “K” instead of “C”, but I have a theory now, that is why I am readdressing it.  In the Filipino language (Tagalog)  the letter “C” is usually pronounced as a “K”, unless it is in a word placed before the vowels e and i, then it is pronounced like in the word “center”.  When I suggested the name, they probably just interpreted it the way it sounded to them and what they are use to.  I suppose they didn’t associate it with the 2 names the way I did.

We have a new reader (finally): Ralph in Iraq.  Glad to have you here.  Ralph is considering moving to the Philippines and he is doing it the smart way.  He is exploring expat sites to see how they live here and he is asking questions.  As explained in article “Are You Ready To Move To The Philippines at the Philippine Plus site  – http://www.philippinesplus.com/ – it is smart to research as much as possible because, even though it is cheaper to live here, there are a lot of things that you really need to know.  Reading my site is helpful, but it would be best to read many expat sites like the ones I have listed under “Other Expat Sites”.  I find the following 3 sites to be the most helpful to me, but they all have things to offer and I would suggest taking a look at them all to judge what is best for your particular situation.         1) Philippines Plus   2) Living in the Philippines   3) Live in the Philippines

I had Crystal and Khan here today.  They wanted to watch the cartoons on the computer.  They really like Mr. Bean so I let them watch a couple of episodes.  I have to monitor them though, because they like to touch things and they took apart my headphones one day.  I’ve got them put back together now, but the way it was, it looked like they had to of tried to be doing it.  Yeah I know, they are just bata, but they still need to learn to respect other people’s property.

I added a new link today.  It is under “Blogroll”, the 3rd one down right now.  It is called Aquino Promises Tracker.  ABS/CBN (Philippine TV) is tacking all promises of President Aquino and giving updates on the status of them.  Good idea.  Maybe someone should start tracking the promises of Obama.

I don’t know why, but the hits are not coming like they did the other day when we had over 2,000.  Last night (or early this morning) at 0200, the hits were 77787 and 6 hours and 40 minutes later at 0840 they were only 78002, 215 hits only.  Maybe all those people looked but they didn’t like what they saw.  I hope not, because I’m really trying to make this blog great.  I am limited on knowledge, but I hope I’m not doing anything to make people go away.  Also we have now been viewed from 54 different countries.  I think there are only 255 countries, so we are a little over 1/5 of the way to all of them.  I doubt that would ever happen though.

Useless Knowledge: Cleopatra was part Macedonian, part Greek, and part Iranian. She was not Egyptian.

Useless Knowledge: Phobia: athazagoraphobia Fear of: being forgotten or ignored

In the beginning of the 3rd century, the inhabitants of Luzon island were in contact and trading with East Asian sea-farers and merchants including the Chinese. In the 1400’s the Japanese also established a trading post at Aparriin Northern Luzon.

In 1380, Muslim Arabs arrived at the Sulu Archipelago and established settlements which became mini-states ruled by a Datu. They introduced Islam in the southern parts of the archipelago including some parts of Luzon and were under the control of the Muslim sultans of Borneo. They had a significant influence over the region for a couple of hundreds years. The Malay Muslims remained dominant in these parts until the 16th century.

In 1521, Ferdinand Magellan, a Portuguese explorer who was serving the Spanish crown, landed in Samar Island on his voyage to circumvent the globe. He explored the islands and named it Archipelago of San Lazaro. Magellan was killed during a rebellion led by a Datu named Lapu Lapu in Mactan Island (adjacent to Cebu Island). Spain continued to send expeditions to the island for financial gain and on the fourth expedition, Commander Ruy Lopez de Villalobos, named the islands: Philippines, after Prince Philip (later King Philip II), heir to the Spanish throne. Spain ruled the Philippines for 356 years.

In 1565, King Philip II appointed Miguel Lopez de Legazpi as the first Governor-General of the Philippines. Legazpi chose Manila to be it’s capital because of it’s natural harbor. Spain’s legacy was the conversion of the people to Catholicism and the creation of the privileged landed class. Because of abuses and suppression of the Spaniards, a Propaganda Movement emerged with the aims for equality between Filipinos and Spaniards. The arrest of propagandist Dr. Jose Rizal and execution in 1896 gave fresh momentum to Filipino rebels to fight against Spain.

The secret society of the Katipunan, founded by Andres Bonifacio attacked the Spanish Garrison in San Juan with little success, while Katipuneros in Cavite Province headed by Emilio Aguinaldo defeated the Guardia Civil in Cavite. Aguinaldo’s victories lead him to be elected as head of the Katipunan. The factions of Bonifacio & Aguinaldo fought and lead to the trial and execution of Bonifacio on Aguinaldo’s orders. Aguinaldo later drafted a constitution and established the Republic of Biak-na-Bato in Bulacan province. In 1897, an impasse between the Spanish government and Aguinaldo arose. After negotiations between the two sides, Aguinaldo accepted an amnesty from the Spaniards and US$ 800,000.00 in exchange for his exile to Hong Kong with his government.