[smartads] Today is December 12th, so first and foremost I’d like to say Happy Birthday to my sister Cindy!  HAPPY BIRTHDAY CINDY!!  I don’t think she reads this blog, or even knows about it.  I’m sure she would read it at least once if she did know about it though.  I have already sent her an e-card, which I sent yesterday.  Cindy is the oldest of all my sisters and only 10 months and 3 weeks younger than me.  She looks a lot younger than me though.  I wonder why that is?  Oh well, it doesn’t matter to me.

Saturday, 11 Dec I was up at 0637.  This turned out to be a very boring day and few things of interest happen.  Lita made breakfast.  She cooked eggs and onions.  I like it when the onions are fried for awhile then you put the egg on top of that to fry it.  That way the cooked onions blends in with the egg and gives it a lot of good flavor.  Lita didn’t cook them that way though.  She cooked it all separate, which was still good, but my way is better. 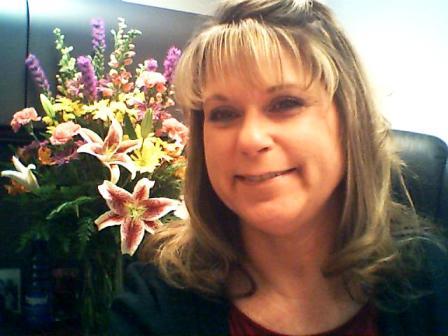 Lita went to get her hair dyed today.  At least that was the plan when she left the house.  When she got to the beauty parlor, she found out that they charge P1000 to dye her hair.  It didn’t cost her that much last time, so I don’t know what the deal is.  Whatever it is, Lita decided to just buy the dye and do it herself.  She had Grace with her and they went to Mercury Drug to buy the dye.  You’d think that in a country full of ladies with black hair, you’d be able to find some dye for black hair, but they couldn’t.  Lita ended up getting some dye for brown hair.  Hey I don’t care what color her hair is, but I’m sure that this dye won’t change her hair brown.  In Texas she always used a dark brown color and her hair is still black.  This one she got is a light brown though, so we’ll have to wait and see.  While she was at Mercury, she found me some shaving cream.  You know, that’s something that irritates me.  When I was at Mercury, I asked for the shaving cream or shaving foam, and they said they didn’t have any.  Lita goes there, 2 days later, and they have it.  Maybe they are just not understanding me and they are trying not to look dumb about not knowing enough English, so they just ‘say’ they don’t have it, so I’ll go away.  Maybe I’m talking too fast.  Maybe I’m just making too much out of this because they could have gotten a new shipment in yesterday.  If that was the case though, you’d think they would have said something about that when I asked the day before yesterday.  Whatever, I’ll try to communicate better, but I’ll always just try to do it myself first. 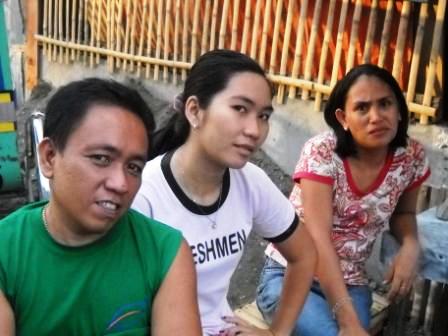 As of this day we have not seen Kitty Grace for 2 days.  The other cat, Juvic Blue, still comes around though.  Lita has been looking and calling for him, but she hasn’t heard or seen a thing.

Arnel will be here tomorrow to finish putting up the shelves in LolyKat.  His helper will be Vicky’s oldest son.

Okay, so now it’s Sunday, 12 Dec.  I wasn’t up until 0901 this morning.  There was a brownout in effect as scheduled.  So I’m thinking that I’m glad we bought that gas for the generator ahead of time so we don’t have to mess with it today.  The sun was so shiny this morning.  Lita washed a few articles of clothing that she’d rather do herself, then trust anyone else to do it, plus a couple of other things that we got dirty after Vicky did laundry yesterday.  She had me hang them out for her.  She didn’t want me to hang them upstairs because for some reason she thinks I have a hard time going up and down the stairs.  I don’t know where she gets that from, so I hung it all upstairs.  After a few hours, of course, it decided to cloud up and rain.  When the sprinkles started I went back upstairs and got all the clothes.  I didn’t have a basket and was carrying them in my arms.  As I was coming back down the stairs, I dropped 2 of them and they landed in the muddy water on the patio floor.  They were just 2 of the 3 place mats that we had.  I just picked them up and put them on one of the tables outside, out of the rain.

Oh yeah, and Lita found her Kitty Grace.  We don’t know where he has been (and he’s not saying), but he turned up over at Cathy’s house.

The electric was suppose to be off until 8:00pm.  Well it came back on at 1:40pm.  Surprised us all.  Everybody got back into a normal routine and at 4:35, brownout again.  This time it only last about 10 minutes though.  This electric problem they have in this country has got to be in the top 5 things that need to be fixed if they ever expect to get a lot of tourist here.  It’s right up there with the poverty, flooding, rebels and government corruption.  The electric being out is not so bad for us on Sundays when we have a generator and battery powered fans.  One of the things that really bothers me about it, is no TV when the power is out  Even though our generator can handle the TV, it doesn’t matter because the cable station has a brownout too.  Even sometimes, like today, when the electric comes back on, the cable doesn’t.  We have not gotten to watch TV all day today.

I made a short wish list today.  The top 3 things that I’d like to have after we finish the house and the store.

1) A generator with about 5 times the power of the one we have now.  It should also have a push button starter, so we won’t have to keep struggling to do the lawn mower pull thing we go through all the time.  That wouldn’t be so bad either, if there was like a choke on the generator, but there doesn’t seem to be one, at least I haven’t been able to find one.  I’m not sure if when I tell others about the choke, if they even know what I’m talking about.

3) A large frost free freezer.  Lita almost bought a large one when she bought this one.  I told here at the time that she should have gotten the larger one.  Back then she said we didn’t need it, that this one would be good enough.  Now she totally agrees with me.  I know she is tired of defrosting both of these things.

Things like another TV, another a/c and a motorcycle will just have to wait.  I’d rather have those 3 things I mentioned first.

Arnel has 4 different sets of shelves put up in LolyKat.  Well 3 1/2, he still has the other 1/2 of one to finish.  He also put a roof over the area were the customers stand when they order things from the BBQ.  This way they might be more inclined to come when it’s raining.  I ‘asked’ why it wasn’t a little bit bigger so it would cover the bench that we now have nailed to the table out there, but I just got the big brush off, and it’s good enough story again.  Same basic story I got when she brought the freezer home.  Only time will tell.  I will take a picture of all that stuff soon, probably tomorrow if I remember, to put in a post.  Not today’s for sure.  I hope I have enough new pictures to put in here today.  I forgot to check.  Oh well, I’ll figure out something, I always do, and as far as I know, because I haven’t gotten any complaints, it has worked out.

On another Arnel note.  We had to get the tricycle back from him.  He wasn’t paying on time and he didn’t have the money to pay today.  We have already given him numerous chances, but he still has not caught up.  Business is business you know, so now we have 1 of the tricycles back again.  He did make a couple of improvements to the tricycle though.  He put a much better money box on it and he also added a rear view mirror.  I asked if he could just pay off the debt by working for us and we’d just deduct it until he was caught up, but no one wants to do it that way.

We sure do go through a lot of drinking water here.  I ordered 2 more cases from Titing today.  All they had in the warehouse was the smaller 350ml bottles instead of the ones I like, the 500ml (1/2 liter) bottle.  He also had some 1 liter bottles, which would work, if we had that larger refrigerator I was talking about.  The larger bottles are less expensive in bulk than the smaller ones.  Just like in Texas, you have to pay for the convenience.

Okay that’s it for today.  I hope it was enjoyable enough to read and no one got bored.  Don’t forget to ask questions, leave comments, rate and spread the word of the blog.  I like that “The Word of the Blog”.   Is there anyone out there that does not like the new format of the blog?  I’m still open for suggestions.  I get some input and it seems I’m on the right track.  I just have to apply some of that patience stuff.

By the way…I read this article in Philippines Plus and it should be of interest to all you married people out there, male or female, that cheat on your spouses and live in the Philippines.   I’m not judging, just informing.

I’m in a semi good mood so I’ll give you a 2 for 1 day in Useless Knowledge.

Useless Knowledge: Fillies are permitted to carry 3 to 5 pounds when racing against their male counterparts.