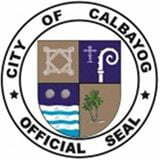 Mayor Ronaldo Aquino, who got a fresh mandate to lead the city, said that different sectors will benefit from the ongoing development of potential tourism sites.

“Because there is money and job in tourism. Not only hotels and restaurants will benefit from the program, but pedicab or motorcab drivers, and village folks as well,” Aquino said.”

Just recently, the city has opened to the public the Calbayog Zip Line and Malajog Ridge Nature Park, which gave alternative income to locals.

There is also ongoing development on Turtle Island, one of the city’s diving and snorkeling site near the nature park.

Other projects are the concreting of the road going to the Mapaso Spring in Rizal village and the road leading to the Bangon falls.

“These projects will surely have positive effects to the city’s economy, and will ultimately increase the economic activities of the city that will lead to improvement,” Aquino said. “We all know that Calbayog has so many tourism potentials. We just have to develop and invest on it.”

According to the Department of Tourism regional office, Calbayog ranked second among the cities in the region in terms of tourist arrivals in 2015. The city received 99,987 local and foreign tourists.

Meanwhile, Aquino revealed that more businesses and investments are coming to the city.

Aquino also revealed that Jollibee Foods Corporation will also open another branch in the city.

Early this year, Metro Retail Store Group, opened its hypermarket store, wherein at least 80 percent of its workforce is locals.

“With businesses and investments coming into the city, people will not only enjoy the luxury and services these businesses will offer, but an opportunity for employment,” Aquino said.

According to the Business Permit and Licensing Office (BPLO), at least 2,140 permits were issued to new and old businesses in the city last year.