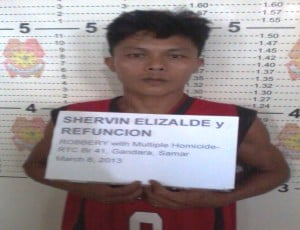 THREE brothers, including a member of the CAFGU, who have been wanted by the police for murder and frustrated murder charges were finally arrested.

Police trackers on Thursday conducted manhunt operations at vicinity of Purok 6, Brgy Capoocan in Calbayog City resulting in the arrest of three brothers tagged as the three most wanted persons in Calbayog City.

No bail was recommended by Judge Tagra for the suspects’ temporary liberty and they are now detained at Calbayog City Police Station lock-up cell while awaiting trial for their cases.

Meanwhile, the number 7 in the list of most wanted person of Matuguinao town in Samar was also captured at the outskirts of Barangay Nalihugan in Gandara, Samar.