[smartads] Province #16 of 80.  This is in Mindanao Bob country.  If you want to see more of this Province and all of Mindanao then check out his stuff in my “Other Expat Sites”.

Bukidnon is considered by Filipinos to be the food basket of Mindanao. It is the major producer of rice and corn in the region. Plantations in the province also produce pineapples, bananas and sugarcane.

There are no seaports in the province, although there is an airport in Malaybalay City. The airport is currently closed. To get to Bukidnon, one must travel by land from Cagayan de Oro City in Misamis Oriental Province.

the mountain province of Mindanao

Useless Knowledge:  When Albert Einstein escaped Germany in 1933, the Nazis put a price of 20,000 marks on his head. The price was never marked down!

I just realized that last Sunday, the 21st, was my 1 year anniversary for blog writing.  In yesterday’s post, since I run 1 day behind, on purpose, I put a link to my first blog in case y’all wanted to check that out.  It’s a little different because back than I didn’t know squat about blogs, not that I’m an expert now.  I did change the password on that old blog so I can monitor it now, but I would still like to be able to transfer the data from that blog to this one if that is possible.  I haven’t looked into it yet.

It is 0903 and I am in LolyKat.  I left the fan on the computer in the house because it is cool enough out here right now.  The wind is constantly blowing, but it is not hard.  I cooked 3 of the 8 chicken rolls that Marianne made for me and the were good, of course.  I actually only ate 2 3/4 of them because Sally wanted to try it.  I let her have 1/4 of one of them.  She didn’t want much.  She liked it also.  I should have deep fried them, but I didn’t want to use all that oil.  The pan fried was good enough.

Lita told me when I got out to the store that Jay and Merly Ann’s mother is supposedly on the way here from Tambis.  I say ‘supposedly’ because no one is sure if she actually did leave.  If she does come I don’t know how long she plans to stay or if she is coming for any purpose besides to visit her 2 children.  Children is not really a good word for them since they are 20 and 18 years old, but it’s all I could think of right now.  Supposedly she left Tambis at 0400 this morning, so that should place her here around about noon.

I have a fantasy football draft at 11:30, my time, this morning.  I should get in the computer room about 11:00 so I can do a pre-draft setup.  I hope the Internet is cooperative today.

Okay!  So there are still some strong gusts of wind happening.

The time is now 1:28pm.  I’ll be danged if the Internet didn’t go down twice during that draft I was doing.  It didn’t last very long, but it was 2 in a row before I could get all the way back in to the draft room.  I only ended up missing 3 picks, so I’m glad I had some players queued or I might have gotten 3 useless guys.

Vicky and Sally are cooking the banana stuff and the food from this morning is all sold except for 2 fish patties.

Useless Knowledge:  In 1952, CBS made computer history by being the first to use a computer, the UNIVAC I, to forecast the U.S. presidential election.

At 1:44pm the wind and the rain picked up considerably.  Some people standing outside waiting on a tricycle had to come in to the picnic table to keep from getting soaked.  Lita invited them in.  I guess they are going to wait until the rain stops or at least slows down before the leave.

As long as that puddle in the road doesn’t get too big and one of those buses hit it, I should be okay in the store.

Those people had a private tricycle show up for them, but it’s still raining too hard for them to go.  Their driver also came in out of the rain. It’s been pouring for about 15 minutes and it is now raining just as hard, maybe harder, then it was before. 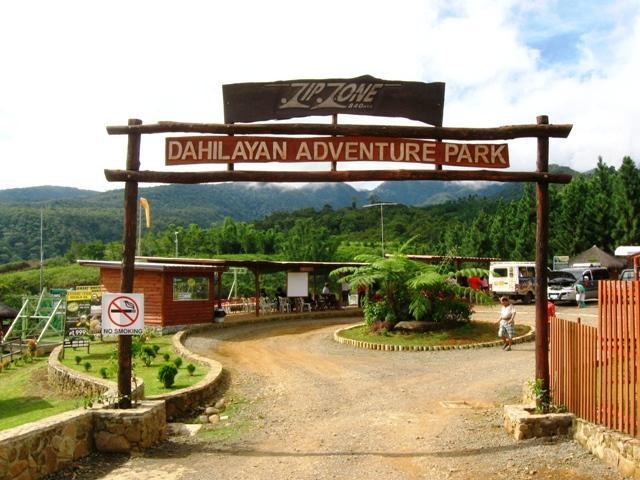 Crystal is running around in the rain in her underwear.  I guess she didn’t know that those people were here.  Just as soon as she saw them, she headed back to her house.

A good thing about that tricycle being parked out front is that when a vehicle comes by it goes wider a little bit and that makes it miss the puddle.  That makes it less likely that I will get wet from a water splash.

At 2:05 the private trike left with one of the people and some of the luggage.  There are still 3 people here.  The rain seems to have stopped now, but it left a really big puddle out there.

I guess that trike driver is only taking these people to the bus stop down the road.  He was back in less than 5 minutes, minus the passenger and luggage.  It’s the only possible place that makes sense as to where he could have taken him and gotten back so quickly.

Precious came by to visit for a short while.  She brought a little piano, but it didn’t have any batteries, thank goodness.

At 3:33pm, a guy came by selling tables.  They looked too short anyway, but we can’t afford to be wasting money on tables that we may or may not be able to use.   When the restaurant opens we will be needing tables, but we will need better ones than those.

Somewhere around 4:00pm I went in the house to lay down.  Next thing I know it’s 5:38pm.  Jay’s mother never did show up.  I have no idea what is going on with that and Lita says she doesn’t know either.

I wasn’t back out in the store very long and decided that I didn’t want to sit here anymore.  A couple of minutes before 6:00pm I just gathered up my notes, book, glasses and fan and headed back to the computer room.  The last 3 people that wanted to buy something saw me in there and went straight to Sally or Vicky to ask them anyway.

When I got back in I noticed that we ha our 146th country visit the blog.  So the 146th country is: Afghanistan.  We now only need 109 more countries to visit to have all 255 of them.

I finished off the rest of those chicken rolls that Marianne made.  So I had 3 this morning and the other 5 late this afternoon.  Besides a couple of peanut butter sandwiches, that’s all I have eaten today, but I’m not hungry either.

I have a fantasy football draft again at midnight.  I hope I am not late like I was for the other late night one.  That one turned out okay though.  It would have been even better had I been there, but it’s a good enough team to win I think.

I did leave out a couple of things on this post because I think I will be needing them more tomorrow.  They were just thoughts I had at the time.  They do not have anything to do with the time frame of the day.  I’ve already marked them and have them ready whenever I need them to take up some room.

Useless Knowledge:  Even if the stomach, the spleen, 80 percent of the intestines, one kidney, one lung, and virtually every organ from the pelvic and groin area are removed, the human body can still survive. And even if 80 percent of your liver were removed, the remaining part would continue to function. Within a few months, the liver would have reconstituted itself to its original size!