[smartads] There are many people at the open market that sell things, especially vegetables.  Lita has certain people she likes to go to when shopping.  If she finds one that is friendly and she trusts, she will visit that stand often.  For us that is about 4 or 5 times per week.  She likes going here for the vegetables and to Sabi Meats for the meat.  I don’t think she has chosen a favorite seafood or rice vendor yet, but it’s possible she has.  I don’t go to the market often so I don’t know all her shopping areas.

Sometimes she buys vegetables from the lady that has operates here.  On this trip I picked out 1 kilo of carrots and Lita bought 2 heads of cabbage.  When I was guessing about how much a kilo was, I only missed by 1 carrot, a small carrot.

Useless Knowledge: Tennis pro Evonne Goolagong’s last name means “Kangaroo’s Nose” in one of Australia’s Aboriginal languages.  (Maybe that is what she looked like when she was born, but she grew into a very nice looking lady) 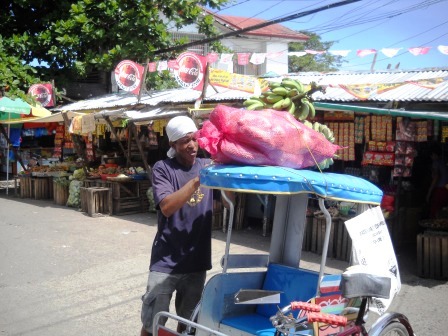 Lita usually has a few tricycle drivers that she uses for the long trip home, but none of them were around today.  This is the first time that we used this guy.  He did a good job. 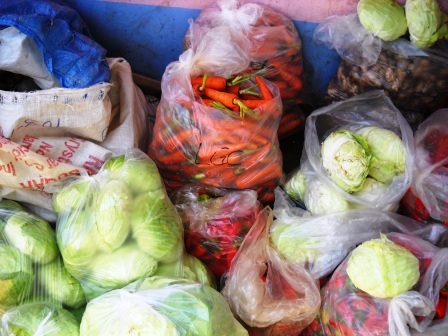 31 May – Hits @ 0204 = 464598.  I got out in the world today instead of spending all day in the computer room and out front of the house.  I went with Lita downtown this morning.  We went to Chow King to eat.  She wanted to get one of their Halo-Halo desserts that she likes so much.  I decided to try something besides the Orange Chicken that I always get there.  I went with the Chinese Fried Chicken instead.  To me it didn’t really taste any different than just fried chicken.  Supposedly it is dipped in a Chinese style batter first.  It was good, I’d order it again.  I think that next time I’m going to try something different again.  I hope I like whatever it is I order, because if I don’t like it I’ll just end up bringing it back to the house for someone else to eat.  I won’t suffer through it just because it’s already been ordered.  I’ll either just order something else or just wait and eat later.  Maybe stop to get some of those cheese sticks at El Carmelo’s.

When we finished shopping at the open market, I needed to go to JustMar, but we also need to get the things home we just bought, or for me to haul them around everywhere, and that wasn’t happening.  If you will notice the picture of the tricycle driver above, you’ll see how Lita got to the house.  That’s right, she went with the vegetables to the house and I went to JustMar alone.  I walked around in the store looking for the things I wanted, pushing that small, crooked grocery cart I had.  They are all small and all crooked so it didn’t matter which one I got.  By the time Lita got back from the house, I was finished with what I wanted, except they didn’t have any of the cheese I wanted, so she just got what she wanted and we got in line.  There were 2 registers open (out of 3) and no one was in line.  That’s the first time that has happen while I was there.  Afterward I rode back to the house with the groceries and Lita went around downtown.  Remember we live about 1 mile from the downtown area, so this guy got a lot of exercise today.  When he got me home, I offered him some water.  He got a glass from the pitcher we have on the table outside for customers, plus I gave him on of the cellophane ones that we sell for P1 each from the refrigerator.  He normal fee would have been about P40 for both trips together, but since he waited for us, it was hot and Lita liked the guy, she gave him P100.  That, plus the water, is something this guy would be happy to do anytime. 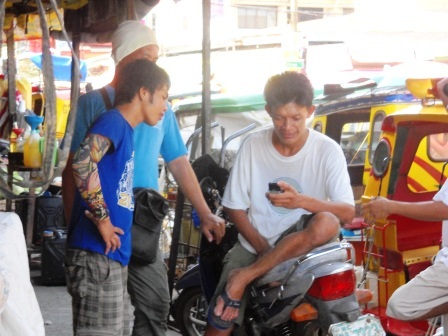 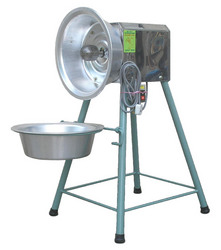 The one the guy uses here is much older, but it looks like this.

Oh, I did remember the camera.  The pictures in last post and this post are the ones I took.  I missed getting a picture of the Joy Palace Hotel because the guy pedaling the tricycle was tired and I didn’t want to bother him while he was moving.  That’s when I got the picture of the alley I posted yesterday. 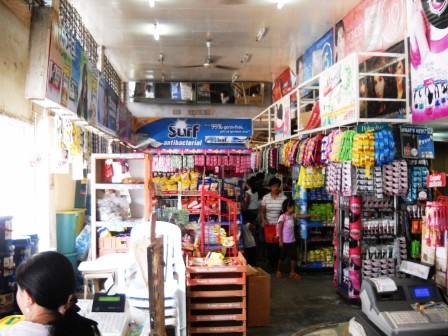 Inside the little grocery store by the market

This is the market that we shop in so we wont’ have to be crowded.  They have a decent amount of things here, but not quite as many as JustMar.

Useless Knowledge: The first ballpoint pens, sold in 1945, were priced at $12.00 apiece.  (I wonder what those pens are worth these days?) 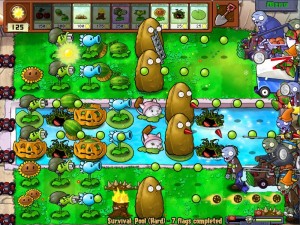 Joshua and Khan were playing games on my computer for awhile this afternoon.  They were, at first playing Plants vs. Zombies, but they are not very good at it, especially Khan.  They then switched to Air Strike 3D, and they did a little better.  I don’t mind the batas coming in here to play, while I’m here, but they like to touch things that don’t belong to them.  Also, usually, when 1 or 2 show up, then 3 or 4 show up.  Pretty soon there are 4 kids crowded in this little room, everyone wanting to play, touching things and yelling.  That’s when it’s time for them to leave.  Plus some of them have a problem of knocking on the door before they come in. 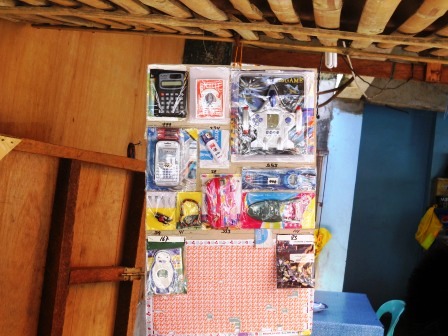 I’m not quite sure how this works.  I heard it only cost P1 for entry and I’ve seen someone buy the tickets for P1.  J is the mastermind behind this raffle thing.  He’s a smart guy so I’m sure he isn’t doing anything that  will be losing money for him.  I didn’t pay for anything, so it’s okay with me.

Speaking of J, he picked up his school schedule today.  He has 9 classes, 5 days a week (Monday-Friday).  He starts at 7:30am and is out at 7:00pm, except on Tuesdays and Fridays.  On Tuesdays he gets out at 8:00pm and on Fridays he’s out at 3:00pm.  I think that the ones in the US that complain about how long their classes are, should be thankful they don’t go to school here.  He wants to be a Chef.   I understand all the classes he has to take for this career, except one.  I mean he has Business Math (ok), Chemistry (ok) and Social Science (ok).  The one I don’t understand is Psychology.  Why would anyone being a Chef need Psychology?  I don’t know…maybe it helps understand how people around you think.  I’m looking at his schedule now and I see that on Tuesday and Thursday he doesn’t start classes until 8:00am.  One of his classes, the Chemistry class, could be with Marianne (his cousin).  She has been teaching there for a few months now and has been doing well I’ve been told.  She looks more like a student though. 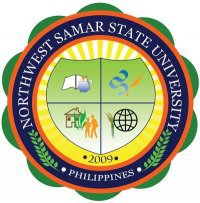 This is the school that J will be going to.

In addition to his studies he will still have to work in the store.  I’ll try to help him out the best I can, but I’m not a genius either.  In fact, I did one of those IQ tests on the Internet and it said I had an IQ of only 124.  I guess that makes me about average.  I not sure what average is though.  I’m not sure of the accuracy of those things either, but I assume it is in the right area.  I always figured I would be between 120 and 130, I guess I was right (I should get additional points for guessing that).  I’m not sure of the criteria for ‘genius’ but I think it is around 200, plus or minus 20 points.  I wonder if there is an actual accurate free test that can be taken on the Internet for this?  Anyone know? 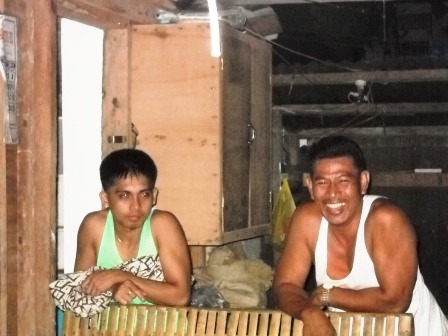 J and Khany outside the Store in back

That Khany is always smiling.  Can’t say the same for J, but they are both really nice and hard workers.  It’s almost a necessity to be a hard worker in the Philippines.

I was going to do this post last night, but Lita gave the fan to J because it was hot in the other room when he went to bed.  It just gets too hot in here to sit more than 15 minutes when the fan is not running.  It looks like I will not be able to buy a fan with this check either, but it will be near the top of my list for July.  I just may get 2 fans while I’m at it.  One to stay in the kitchen area and one for the store.  Actually I think the one I have in here now, I will put out in the store.  It works well, but it doesn’t oscillate like it’s suppose to.  We even have to have a block of wood to keep the fan up so we won’t be cooling the floor.  It’s a Nikon fan.  I’ve know of Nikon cameras, but this is the first Nikon fan that I’ve seen.  I wonder if it’s the same company?

I added “Related Posts” to the end of each post.  It’s suppose to pick posts that are related to the one you are reading in case you need more information or still have questions that maybe another article will answer.  It doesn’t look like it is doing that, but it’s not in the way, so I’ll probably keep it there unless it is causing anyone problems.  I’ll keep an eye (or 2) on it and see if it starts doing what I thought it would when I added it. 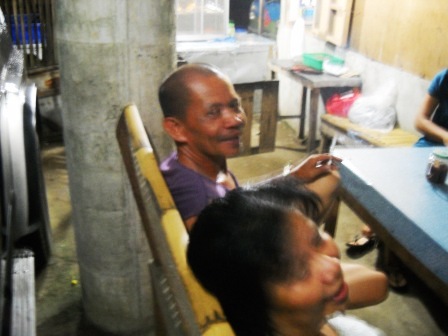 Lita and Emie back view

I took this picture, but Lita wanted a frontal view also.  I put that other picture in the last post.  This is the table in front of the house where the customers eat.  It’s the only table we have out front.

Well I guess that I had enough information to just do May 31st.  I will do June 1st tomorrow.  I’d like to get back to doing the post on time and doing only 1 day at a time.  Hopefully that will happen soon.

The Today in Philippine History is one that makes me pretty ashamed to be an American.  That was a pretty dirty trick against someone who was not your enemy.  Thankfully, in the long run, it worked out, but it was still a bad thing to do.  If President McKinley treated others like he treated the Philippines, then it’s not wonder he was assassinated.

Useless Knowledge: The good news in 1547 in Britain was that the law was amended to end the practice of boiling criminals to death. The bad news was that the punishment was changed to burning them at the stake.  (There seems to be no lesser of 2 evils here) 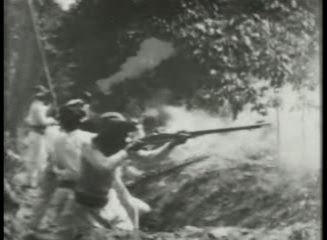 1898 – Twelve noon of this date is calendared  as the day for a general uprising (against Spanish colonial forces) by Filipino revolutionary leader Gen. Emilio Aguinaldo who forged an alliance with the Americans, stupidly believing American Commodore George Dewey’s deceptive assurances that United States is an ally against Spain;  upon Dewey’s advice, Aguinaldo will later allow US  troops to freely enter Philippine territory and before long, the Americans will reveal their sinister imperialistic design and invade the Philippines, with the enemy generals instigating the Philippine-American War (1899-1914) on February 4, 1899 under the vile pre-arranged plan of Bald Eagle President William McKinley to precipitate a war in the bid to trick the U.S. Senate to approve the Treaty of Paris and thus secure approval and funding for military operations to annex the Philippines as part of the imperialist policy for America’s overseas expansion.