[smartads] This is Province #13 of 80 in the Philippines.  Again I’m sorry it’s late, but with the Internet being down for almost 2 days, I have some catching up to do.  This is a relatively short post so I arranged the pictures a little different than normal.  If you like the design better, let me know and I will do the rest of them the same way.

Benguet [beŋˈɡet] is a landlocked province of the Philippines in the Cordillera Administrative Region in Luzon. Its capital is La Trinidad and borders, clockwise from the south, Pangasinan, La Union, Ilocos Sur, Mountain Province, Ifugao, and Nueva Vizcaya. 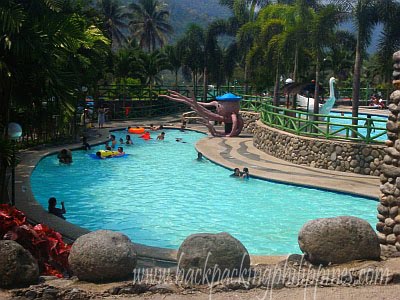 I was up early today, at 6 something, almost 0700.  Jay is here today so I should be on the computer for a good part of the day, barring any brown outs.

Well Crap!  It wasn’t a brown out, but a power surge knocked out the Internet and I can’t get it back like I usually can.  My computer says it’s connected, but my modem says otherwise, so modem wins.

I was in the middle of putting too many Amazon.com advertisements on the website.  Or maybe it’s not too many.  I want to give y’all a chance to see these things, and hopefully buy them, but I don’t want to look like a website of nothing but advertisements.  I was going to put them at the top of the site, where they get more exposure, but I decided to put them at the bottom of the blog instead.  That way I can have them and it doesn’t look too advertisy.  So I put the Visiting Country map at the top and put the ads where it use to be.  Y’all don’t forget about them down there.

I did expand the number of books from 15 to 98 and it’s still at the top.  When I went in, after I figured out how to use the Amazon site, I discovered that there are over 30,000 books about the Philippines.  I didn’t want to put them all on here, but I could.  I also didn’t want to sit around all day and look at all the books.  I went through about the first 400 of them and picked out these.  So why 98 and not an even 100?  I didn’t know how many I was picking.  I just picked until I got tired of looking and stopped.  I counted them afterwards and it came up to 98.  Maybe when you see this Amazon ad at the top it will remind you of the one at the bottom.

The Internet is back, but there is a thunder storm in the area.  I may be shutting it down for that pretty soon.  Let’s see how the next 15-20 minutes go weather wise.

I decided to stay online.  The thunder is going away, even though the rain is continuing.

We have had low power for a few hours and then at 9:24pm, a brown out.  It only last for 2 minutes though.  The power is good enough to get the computer back on, but it is super duper slow.  I think I’m going to wait until morning to finish the post.  Maybe the power will be back to normal.  It was a slow, boring day anyway.

That’s the end of that day, but I do have one thing I still have not posted that I originally was going to post on the August 15th.

I don’t get around as much as I should.  In December we are suppose to be getting the tricycle back from Poppa.  When/If we do, I will be getting out more, I think.  I know Lita will be waking me up early to take her to the market, but I hope to get out at other times too.  Either by myself or giving someone else a ride downtown.  Something to get more exercise.  I’m not gaining weight, nor losing, but I need for the flabby stuff to go away.

I also have some information that I didn’t get to yesterday.  Actually I have 3 things, but I’m only putting one here.  The other 2 I think I’m going to need for tomorrow, because it was a very slow day, being Sunday.  Here is one of the subjects from yesterday.

Another thing is … well let me tell it this way.  Lita is outside the store right now as I’m taking these notes, with a magic marker.  She is going to write in Tagalog “Please Do Not Urinate Here”.  This is necessary because people, especially men, urinate where ever and whenever they get the urge.  We have some vegetable planted in a pot there and just want them not to taste like piss.

It’s still a short post so I’m going to arrange the pictures so it looks different.  Let me know if you think it looks better this way or the other way. 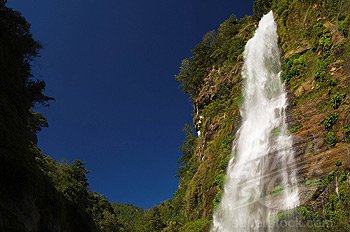 Children of the miners working in the Victoria Gold Mine in Mankayan. 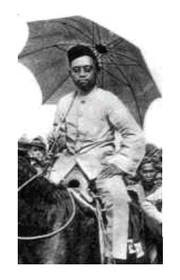 1896 – A day after the discovery of the Philippine revolutionary movement Katipunan by Spanish colonial authorities, Pio Valenzuela follows the group of Supremo Andres Bonifacio y de Castro, leader of the nationalist society aiming to break the yoke of colonial domination,the Kagalanggalangang Katipunan nang  manga Anak nang  Bayan (KKK), to Balintawak for an important meeting; Agustin de la Rosa, one of the early officers of La Liga Filipina, along with fellow masons are arrested by the  Guardia Civil Veterana as the lodge founded by the former is discovered; Bonifacio and the Katipuneros will soon transform the KKK into a revolutionary government and in just over a week, the Philippine Revolution will break out. 1898 – In line with its scheme of invading the Philippines, the imperialist American  government succeeds in its typical divide-and-rule tactic when Gen. John C. Bates forges a formal agreement with Sulu’s Sultan Jamalul Kiram II, wherein the sultanate is to be considered a United States protectorate and friendly relations are supposed to be maintained between the two parties; in contrast, American officials have conned Filipino revolutionary leader Gen. Emilio Aguinaldo y Famy into cooperating in the war against Spain, verbally assuring him of  US sympathy with the independentist cause of the Filipinos, but with American President William McKinley actually scheming to invade the fledgling Southeast Asian Republic and eventually secretly orchestrating the outbreak of the Filipino-American War (1899-1914).