[smartads] They have changed the name of this province, #20 of 80, a few times and I hear the that provinces are due for another realignment, so I wonder if it will be changed again, or will they spare it this time.

Camarines Norte is a province of the Philippines located in the Bicol Region in Luzon. Its capital is Daet and the province borders Quezon to the west and Camarines Sur to the south.

Camarines Norte has a population of 458,840, making it the 37th most populated province in the country. Bikol is the major language spoken, together with Tagalog and English.

The province is bounded on the north by Lamon Bay and the Philippine Sea, on the east by San Miguel Bay, on the west by Lamon Bay, and on the south by Quezon province and the adjoining province of Camarines Sur. It has a total land area of 2,200 square kilometers, which is 12.4 % of the total Bicol area and 0.73% of the total Philippine area.

Useless Knowledge:  The Bee Gees became so desperate to sell records that they gave members of their fan club money to go out and buy albums. There were only 6 people in the fan club at that time.

It is just a coincidence that the total for the past 24 hours came up with the exact same number as there are islands in the Philippines.

Well I got up close to 0800 and even at that early hour there was already plenty of excitement and things to take note of.  I got up to a lot of yelling and crying.  Without naming names, one of the young adults was crying because one of the children wouldn’t listen and was being bad.  Lita decided to go out there to take care of the problem and pretty soon both of the other 2 were crying.  Everything seems to be back to normal now.  Lita’s high pitched voice is piercing through the concrete wall, that’s normal.

Jay is still here and not getting ready yet because he said they were having exams and he didn’t have to show up until 1:00pm.  That’s good for me, it will be less time I have to spend in the store and more on my computer.  Maybe I can get a few things accomplished and still have some fun in the process. 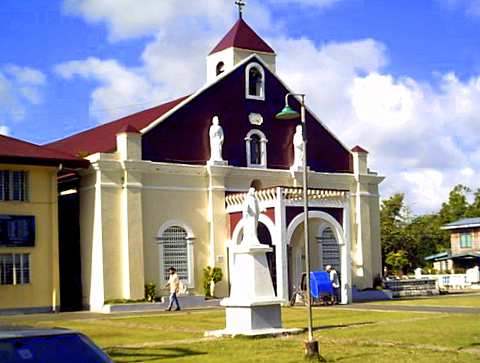 Casandra is really fascinated with Blue.  Of course she is, she’s a baby, but today she got to touch him.  She was very happy for that. Although I don’t like that cat much, I must say that he acted very well around her, even when she pulled his ear.  He made no attempt at all to harm her.  He just tolerated it.

Also this morning I had that comment from a potential customer for the Ado Adventure.  If they decide to do it, it won’t be until October, but it’s something to look forward to.  Actually this person got me to thinking about something.  How long should this adventure last.  I think the original one was about 4 hours.  I’ll have a talk with Ado and see what his thoughts are on it, but I think the customer could pretty much pick the amount of time to stay at each location.  We’d probably just have to have a total time limit or something, maybe in the 4-6 hour range.  As long as we have sufficient notice, then even the time of day doesn’t matter.  If you want to take pictures of the sunrise at Malajog Beach or at one of the waterfalls, then we will have you there waiting on it.  Same thing for sunset.  If you are just going to see them all and take pictures at any time, then of course the driver, Ado in this case, would be the one to pick the order to go, so the traveling would be less.

I got to talk with John Michael (our son) for just a little while on Facebook.  It was an interesting conversation.  I learned some things about him that I didn’t know. 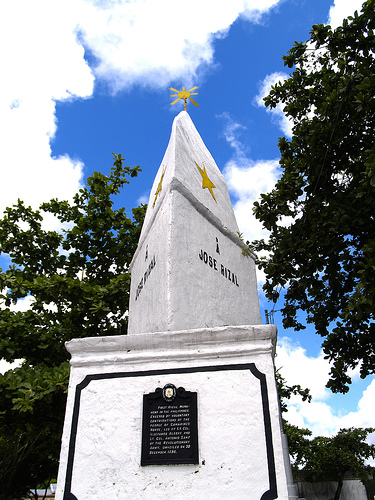 Okay draft is done.  It is a 12 team league and I was the first pick in the draft.  I don’t like being the #1 pick in such a big league.  After I pick at #1, I have to wait until numbers 25 and 26 to pick again.  In a 12 man league you usually get the best players, if you know what you’re doing, around picks 7 or 8.  Still, thanks to my superior fantasy football skills (cough, cough), I still got a pretty dang good team.  I still might try some trades to make my team better, in my mind at least.  Of course it’s the performance of the actual players in real life that determine the outcome of our teams and no one can predict that.

That soup I made was really good.  I ate 2 ‘normal’ bowls of it, not the big bowls I normally use.  I did have to use a beef bullion cube, but I also added some extra water to help dilute it more.  This soup was a little different than normal because I added almost a whole cup of rice at the beginning of the cooking process.  I got that cooking, then cut the potatoes and carrots, clean those off and added them in the pot.  It worked out very well.

I’m out at LolyKat now and it’s 1:13pm.  I’ve been here about 20-25 minutes.  I think it’s time to enter the world of Bourne to see how he gets out of the trouble he’s gotten into.  Also see how the others get out of trouble, or maybe see how Bourne gets them out of trouble.  Whatever! I’ll know soon.

I read for a little over an hour then played cribbage solitaire for another half hour or so.  I stopped doing both to stand up and stretch my back.  I could have gotten a pillow out of the room to make it easier for me, but Lita is sleeping and I didn’t want to take a chance she would wake up.  It’s hard for her to go back to sleep, unlike me.  I usually sleep pretty quickly, but about 1 or 2 percent of the time, I have a hard time also.  I do remember that one time I was so tired that I fell asleep before my head it the pillow.  It’s only happen to me that once and I never thought that would be possible, until then.  That was back when I was working the 5 12 hour shifts in a row and having to drive to and from work, a 1 hour trip each way.  It was pretty decent money, not as much as I was worth, but it was enough to get things going here.  If that place would not have closed down, all of my house would be finished here and it would probably be as I dreamed it would be here already.  I still think that my dream will happen, it’s just going to take a bit longer than I wanted.  A small miracle would be helpful.

I just finished the rest of that stew.  I gave a little bit to Casandra and she liked it.  I just gave her the rice part, not the chunky vegetable part. Lita thinks that if I would have added some chicken, it would have been better.  Maybe so, but I didn’t a have a chicken then.  We do know though and Lita is going to make her version of that dish tonight.

I added a new sub-Page under the Education Page.  It is called Philippine Regions.  I found a wonderful site that has a nice organized picture of each Province within the Regions.  I decided to put those, with the reference, on the Page, along with some other links that had decent information on that Province.

Jay was getting ready to go out with a friend on a motorcycle.  Lita didn’t like it, but said okay as long as he doesn’t drive because he has no license.  Right when he was ready to leave, it started pouring down rain.  The wind is also still blowing stronger than normal.  I told Jay that maybe God didn’t want him going out tonight, because it only rained long enough for his friend to leave.  I think he’s back now though.  I hear Jay talking to someone and now I hear a motorcycle.  If he left, I’m going to have to listen to it, if Lita finds out.

Jay is 20 years old now and he can do what he wants to as far as I’m concerned, as long as he is ready to accept the consequences alone.  He has a weird relationship with Lita and he always asks her first.  I don’t know, maybe it’s a Filipino thing.

Useless Knowledge:  The size of the very first footprint on the Moon was 13 by 6 inches, the dimensions of Neil Armstrong’s boot when he took his historic walk on July 20, 1969