[smartads] I had to be careful on this 19th of 80 Provinces.  There is a place called Cagayan de Oro in Mindanao and I almost got the pictures mixed up a couple of times.  I still might have, but I don’t think so.  Let me know if you see an error.

Cagayan is a province of the Philippines in the Cagayan Valley region in Luzon. Its capital is Tuguegarao City and is located at the northeastern corner of the island of Luzon. Cagayan also includes the Babuyan Islands to the north. The province borders Ilocos Norte andApayao to the west, and Kalinga and Isabela to the south. Cagayan province is distinct from the city in Mindanao named Cagayan de Oro, and is far away from Cagayan Islands of Palawan.

Useless Knowledge:  Not until Herbert Hoover became U.S. president in 1929 did the U.S. chief executive have a private telephone in his office. The booth in a White House hallway had served as the president’s private phone before one was installed in the Oval Office.

I have noticed that the hit count is not quite as high as it has been.  At least it’s been low the last few days.  I wonder if that will become a trend?  I hope not because we have been doing so well recently and frankly I’ve gotten use to seeing the 8 and 9 thousand numbers.  I hope to be seeing those kind of numbers or higher soon.

It is early morning now, 0050, and I just wanted to mention that the wind outside has been blowing pretty hard for almost an hour, since right around midnight.

It’s 0105 now and I think I will kill some terrorists before I go to bed.

At 0151 I figured I killed enough terrorists to keep the world safe, so I shut down the computer, it’s time to go to sleep.

At 0825 I decided that was long enough to be in the prone position, so I arose.

About 0840 Arnel showed up to use the computer to check his Pepsi e-mail. 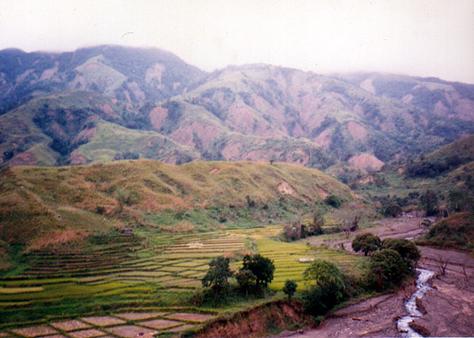 At 0921 I had to go out to LolyKat.  The only good thing about that is I should get plenty of notes for y’all.  The food is selling well so far today.  That’s good because we need P430 more to make a payment today.  It won’t be a problem though.

Only 7 more days, 6 days by the time you read this, until one of the most important paydays for us here.  It’s the beginning of a turnaround.  It’s a sharp turn, but at least we are turning.

Useless Knowledge:  Arthur Conan Doyle, author of the Sherlock Holmes stories, was an ophthalmologist by profession.

Right about 0940, a funeral procession went by, towards the downtown area.  There are 2 cemeteries down that way.  For the procession here, the people walk behind the hearse, not drive.  Also instead of pulling over for the hearse, people just pass right by, but I guess since this is actually a highway out here, that is normal.

Lita, Sally and Vicky are out there eating what can be best described as “stick fish”.  It is some little fish that could easily be mistaken for a stick if you glanced at it floating in the water.

It’s 11 minutes before 10:00 and that wind is still blowing hard.  It’s not damaging winds or anything even close to that, but it’s been really consistent for about 10 hours now.

I left for a few minutes to bring my little plate, that I had 2 peanut butter sandwiches in, back to the kitchen.  When I returned, Precious was here in the store.  She had some old messed up photos and a pen.  Needless to say, but I will anyway, the photo’s got altered.  Most of them were pretty messed up anyway, lots of water marks on them.  She also had that little piano with her, but thankfully still no batteries.

Okay, it’s 11:54 now and I’m back.  I thought I had a fantasy football draft today, but that’s tomorrow.  Actually starting tomorrow I have a draft everyday at 11:30 through 7 September.  I’m glad that I didn’t mess any part of a draft.  I probably would have missed the first 2 or 3 picks by the time I got in to the draft room.

Casandra likes to lean over in that stroller they have her in half of the day.  I’m scared the strap holding her will break.  There is a strap further up, that I have no idea what it is for, but we (Lita and I) used it to hook through Casandra’s clothes so she will have double protection from falling on her head.  She can still move around really good, so it doesn’t hinder her.

At 12:06pm Ado went driving by honking his horn.  He had a multi-cab full of people with a couple more hanging on the back.

Precious has an ice candy and she is letting Casandra taste it.  She just presses it to her lips so she can get the flavor, because it’s too cold for her to actually eat.  Now Casandra really likes it and is pestering her ante Precious for more.  As Lita would say, “It’s too cute”.

At 2:05pm I brought my leftover spaghetti out here to eat.  It is still not as good as the last spaghetti I made.  Last time when I had the leftovers, it was better than right after I cooked it.  It unusual for me to like leftovers better.  The only other time has been with meatloaf. The spaghetti I cooked the other day I put a chicken bullion cube in the water when it was cooking and I didn’t use that much water so all the water evaporated enough that I didn’t have to dump any water out when it came time to serve the spaghetti.

I just finished taking my blood pressure and it was too high (145/99).  I think it is too many of those bullion cubes and not enough water.  I’ll check it again in a couple of weeks after I remedy that problem.  Lita checked her blood pressure also and it was 130/90.  Better than mine, but still too high.  I’m going to get my blood pressure to be in the 115/75 to the 125/80 range.  Lita and I also checked our blood sugar.  Her’s was 116 and mine was 115.  Not so bad.  Lita was around the 130-150 mark while we were in Texas.  She has not had her medication for months now, but has been using Filipino remedies to handle the sugar.  It guess it’s working.  Mine is slightly higher than in Texas, but  I figured it would be higher with all the pasta and bread I have been eating, but I’m glad it wasn’t.  I want to get that sugar level in the 95-105 range.  I can do that.

Useless Knowledge:  Poet and story writer Edgar Allan Poe was expelled from West Point, the U.S. military academy, because he showed up for a parade in his birthday suit.

1896 – The first encounter of the Philippine Revolution against colonial Spain occurs at the barn of Melchora Aquino in Caloocan when Spanish civil guards and infantrymen opened fire at the temporary headquarters of the Katipuneros six days after the official discovery of the underground revolutionary movement, theKataastaasang, Kagalanggalangang Katipunan nang  manga Anak nang Bayan (KKK); occurring a day after the National Assembly (Kataastaasang Kapulungan), which transformed the KKK into a revolutionary national governmentand the Katipunan “lodges into battalions, his grandmasters into captains” in pursuit of the noble patriotic aim of fighting for independence against colonial Spain, declared a nationwide armed revolution of independence, Supremo Andres Bonifacio y de Castro successfully leads the counterattack of fellow Katipuneros, forcing the outnumbered Spaniards to retreat. ; a similar incident transpires in Pasong Tamo, with forces of the colonial Spaniards and that of the Katipunan revolutionary government (Haring Bayang Katagalugan/Republika ng Katagalugan).

1901 – Filipino nationalists and officers of the Philippine Republic, Apolinario Mabini y Maranan, along with his brother, and Gen. Artemio Ricarte y Garcia, and Aquilino Randeza remain unyielding in their loyalty to the Filipino flag and their compatriots, refusing to swear allegiance to the imperialist United States flag and/or Constitution even as their exiled companions in Guam yield to the pressures of invading American authorities and take their oaths before the symbol(s) of the Bald Eagle nation; Mabini and Ricarte are high-ranking officers of the Philippine Republic who were caught, imprisoned and exiled by the enemy American forces following the outbreak of the bloody and protracted Filipino-American War (1899-1914) in February 1899.