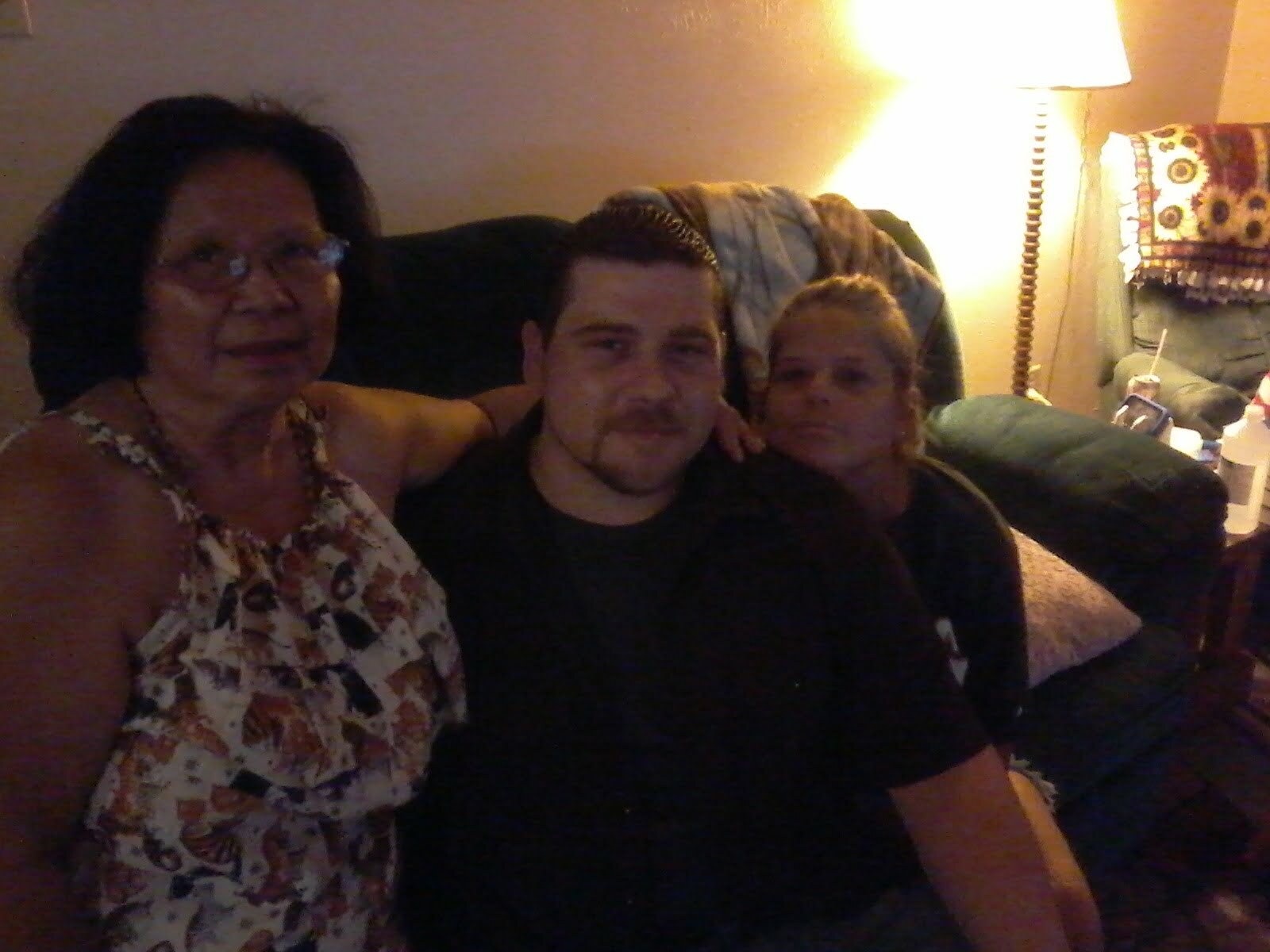 Lita and I are still in Texas, but it has come to the day that we are leaving.  I wish we could afford to stay longer, but we just can’t.  I’m already thinking of coming back next year instead of waiting 2 years like we normally do.  We didn’t get to see our son and grandsons enough, having only gotten to see them the night before.  I was hoping to spoil them a little bit at least.  IF we stayed it would have had to be for at least another 2 week, because every other Monday a C5, usually with 73 empty seats, heads for Travis AFB in California.  From Travis it’s easy to get overseas to Kadena and Kadena has several flights per month to Clark in the Philippines.  We couldn’t though, we had to go at that time.  I hoping for a longer visit next time, at least twice as long.

So we have returned the vehicle that we were using during our stay.  The one that belonged to Annabelle’s boyfriend, Miguel.  Annabelle, if you forgot, was our host during our visit.  We stayed at her house, rent free, but we did help with the groceries and a few other things.  I would not have felt comfortable taking that old pick-up truck all the way to San Antonio anyway.  Turns out we got another lucky break from a couple of nice people.  Those nice people are Pete and Jessa Frederickson.  They offered to take us down there, because, besides being nice people, they had a good reason to go there anyway.  It seems that Pete’s brother was going to be in San Antonio that weekend and they were going there to meet them.  I have no doubt that even if his brother was not going to be there, they still would have offered to take us.  We did pay for the gas though.  No problem because that was a major dilemma that we avoided because of their help.

After making sure we could find our way to the passenger terminal, we headed out to eat at IHOP.  It was around about 0530 and the passenger terminal did not open until 0730 anyway.  The hours of the terminal are 0730 to 1600 (4 pm for you civilians).  It’s a small terminal and there are not enough flights to warrant being open much longer than that.  They do not even have Wi-Fi authorized at this terminal, but I was told that they have put in a requisition for it.  So after having a good meal at the IHOP on SW Military Drive (a good waitress too), we headed back there, stopping at a Bank of America along the way so I could get the gas money for Pete.  It’s the first bank that I’ve ever been in early in the morning that I had to swipe my card just to get through the door to the ATM.  So we get back to the terminal just a little past 0700 and they actually opened the doors around 0715.  We said our good-byes and thank yous to Pete and Jessa and we went inside.  I think that Pete and Jessa actually stayed out in the parking lot for a little while because they were early for contacting his brother.  Pete said something about getting some sleep, so we didn’t bother them.  Before we actually got on the plane though, I went out to check to see if they were still there, there were not.

Something they did tell us at the terminal is that anyone that wanted to travel through to Yokota AB in Japan could go ahead and sign up now, because they actually had a few seats that they could use.  Only 2 families were going that far, so all four of us got seats.  So now that we are manifested through to Yokota, we just had to worry about a flight to Kadena and then the Philippines.  So far it’s all looking promising.  There were not any flights from Travis to Kadena the next few days, but several from Yokota to Kadena, so that was working out also.  The only bad thing out of the trip so far was a hard landing at Travis.  We hit pretty hard and it made a lot of people nervous.  However we did land safely and we were glad.  Several passengers told the air crew that they might have left a mess back at their seat after that landing.  Of course, for this day, Travis had no Wi-Fi up either.  Normally they do though.

On our stop at Hickam AFB HI (our only stop before Yokota), I found out that the flight we are on actually goes all the way to Kadena.  Well we have an 18 ½ layover here at Hickam, so I should be able to get it changed before leaving.  I did, but it wasn’t so easy.  I asked at the front desk and they told me that it could not be done.  So I waited for the next shift to come in and I asked them also, the told me the same thing.  Finally, a couple of hours before we were to leave, I had someone there that actually knew what they were doing.  She changed it for us, no problem.  All that really did was prevent us from having to compete for a seat once we got to Yokota.  We probably would have gotten on a flight, but it’s better to have it taken care of beforehand if possible.  I had to call Kadena to change our billeting arrangements, but it’s easy to call DSN from Hickam.

When we got to Yokota, I found out that we had another 18 ½ hour layover.  Since the terminal at Yokota closes at night (it was either 8pm or 10pm), we had to get a room at billeting.  Lucky for us that they had plenty of room.  Of course all the opens room must have been on the far end of the building, because that’s what they gave us.  No complaints though, I like staying at the Kanto Lodge there.  Since we had a follow on flight to Kadena (still in Japan) they did not make us process through immigration.  Okay with me, saves me some wear and tear on my feet from having to walk there.  I really don’t mind walking, but all this traveling is making me tired.  We did get on our flight the next day and made it to Kadena without a problem.

Of course once we got there, we starting having problems, beginning from our arrival until the day of our departure really.  All that though I will let you know about in the next post.  I’ve got lots of things to talk about in the next post, but I’m hoping it will be the last one from this recent journey.  If it’s not, it will be the next to last one for sure.  This last leg of the journey turned into an almost nightmare.  It was the most difficult leg of a journey I have ever had trying to get a Space A flight.  I hope it never happens again that way.  You’ll see.

2 thoughts on “San Antonio to Kadena”