TACLOBAN CITY—All but one province in Eastern Visayas have been classified as areas of concern for the coming elections in May by police, which based its definition of a potential hot spot on intense political rivalry, presence of private armed groups and records of violence in previous elections.

Chief Insp. Bell Rentuaya, chief secretary of the directorial staff of the regional police force in Eastern Visayas, said security measures would be doubled in these areas that are now considered as potential flash points.  “We want to have peaceful and orderly elections across the region, not just in these areas,” said Rentuaya. 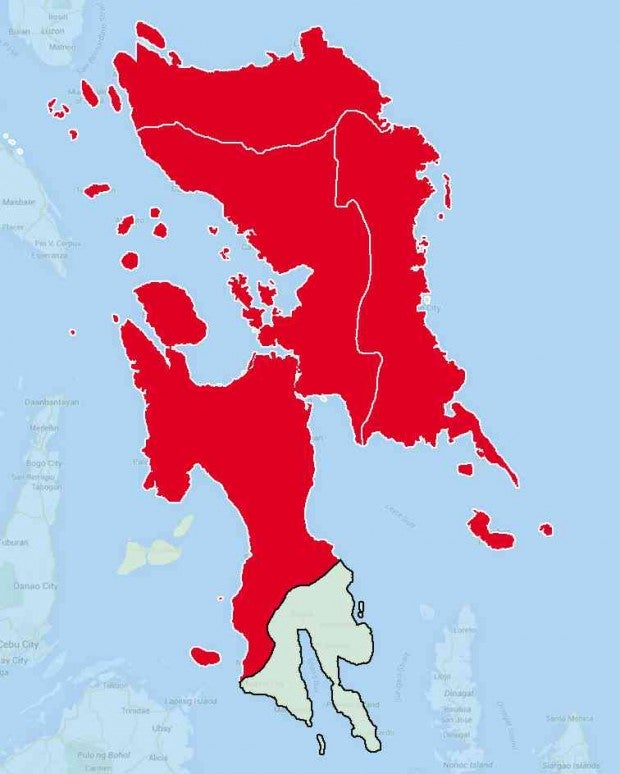 Of six provinces in Eastern Visayas, only Southern Leyte is not on the list.  On it are 14 towns in Samar, seven in Eastern Samar, 10 in Leyte, nine in Northern Samar and one in Biliran. Also on the list are the cities of Ormoc and Baybay in Leyte and Calbayog in Samar.  Rentuaya said checkpoints would be established in the areas of concern.