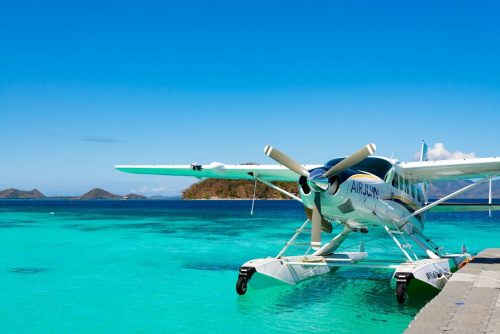 CATBALOGAN CITY — Domestic airline, Air Juan Aviation Inc., opened a new route to Samar province, its fourth destination since it started operating in the Eastern Visayas region last year. Air Juan chief executive officer John Gutierrez said during the maiden flight for the Cebu-Catbalogan route on Saturday that the company wants to become competitive with the ferry system in the country. “We want to become competitive with our ferry system. But we also want to make our passenger understand the value of time,” Gutierrez said, referring to the hours wasted by Catbalogan travelers to get to Cebu via the ferry system and other means. From Catbalogan City to Cebu via the Calbayog City airport, a passenger needs at least three hours of travel time, including the waiting time at the airport. If one will use the Tacloban Airport, a passenger has to spend four hours from Catbalogan to Tacloban and to Cebu.