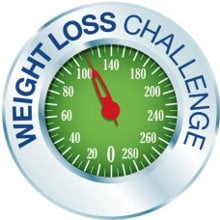 In view of the recent deaths of a Filipino family member and my best friend I have made up my mind to lose some weight.  I know that I have said that before and have not done so since our return from Texas in July.  With all the deaths that have been happening around me and the fact that I just found out that our son is also overweight and probably has high blood pressure and maybe other complications, well I have re-motivated myself.  He has not been to a doctor recently, but I will encourage him to do so to get any medication(s) that he may need for now.  Since I am so far away, I can not be sure how much knowledge he has in the problems with being overweight, but I have informed him of things that I do know, and believe me I know a lot about being overweight.

This whole thing started when I contacted him on Facebook to inform him of a couple of things.  First that my niece Jaclyn wanted to go to a particular oriental store in Killeen to buy some blue crab.  Since our son already knows where the store is, I thought he could show her, although I did give her directions.  The second thing I informed our son, John Michael, about is the death of BJ (my BFF).  He said he had no idea that he died, but he liked BJ.  Well as I explained in my first post about his death, just about everybody like BJ, he was a swell guy.  When I told John about Khany dying from blood pressure complications and BJ dying from blood sugar complications, well it got him a little concerned.  I did my best to present the facts to him and I think he is really ready to go through with a little contest that we came up with.

He told me that the last time he was at the doctor, they told him that he could have a problem with his blood pressure, but he never did anything about it.  Well I am on medication for high blood pressure and I’m doing okay because of that.  I know that if I was not on it, I would be having all kinds of problems.  I had a couple of doctors tell me that when/if I would lose weight, my blood pressure will probably take care of itself and I can get off the medication.  Every bit of weight that you lose helps just a little bit more.  I already knew about the weight affecting blood pressure/sugar and cholesterol, but as a lot of y’all will attest to, it ain’t always that easy to lose weight, especially for someone that is use to eating a lot.

John will be buying a scale tomorrow, probably at Wal-Mart, so tomorrow evening is when the official contest will begin.  Maybe I should get him to wait until Monday because we are suppose to be having that restaurant pre-opening get together this Sunday.  No!  I’m doing this for him, just as much, or even more than for me, so I want to be sure he does not lose interest.  I will start tomorrow, Friday 1 March 2013, if he is ready to go.   By a strange coincidence, I was just thinking last week that I would begin a weight loss exercise program beginning on 1 March.  I like beginning things at a beginning of a month.  Why I don’t know, but I do.

The biggest problems I see in this for me is that I’m over 50 and my metabolism has begun to slow down and I have not been that active recently.  The biggest problem I see for him is the fact that he has a lot more temptations than I do.  There are tons of fast food restaurants in the US and not being able to eat at them whenever you want, well it was one of the problems I had in the US also.  He also has a big family (6 children, all boys) and a wife to deal with.  I hope his wife, Rose, will be co-operative and help him out when/if she can.  She needs to bitch and complain when/if he tries to cheat on whatever kind of diet he comes up with.

John Michael does not want me to reveal how much he actually weighs so I will honor that promise I made to him.  I actually do not know yet, but I’m sure it is not far from my weight.  He is only 31 years old, he does not need to be weighing so much.  Of course I shouldn’t weigh this much (295 at last check) either.  I have plans to lose 75-100 pounds.  The 25 pound range is large, but I honestly do not know how I will feel when/if I lose 75 pounds.  I have been overweight for so long, I just don’t remember what it felt like weighing that low.  Will I feel I still need to lose more or will I think that 220 pounds is a good weight for me.  I’m almost positive that I will not want to go below 195 pounds though.  Right now my mind is in the 205-210 range, and I hope that I will be able to experience that weight again, at least by the end of next year.  I will, conservatively, target a 5 pound weight loss per month, 1 1/4 per week average.   So 75 pounds would take 15 months and 100 pounds 20 months.  Of course if it goes faster, and it probably will, that would be so much the better.

I plan to take a walk around the area, probably mostly to Calbayog Proper, on a daily basis.  Until they get the fitness center completed at the Ciriaco and start accepting non-guest members, that is really the only exercise that I will probably stick with.  Fortunately walking is a very good exercise.  I might just walk over to Rick’s house too, but I would be taking the shortcut going to the market when I do that.  I would take the long way back though, along the highway.  Actually going by way of the market is a little bit shorter, but probably not by that much.  I’m sure that in no time I will be able to walk to town and back and hardly be tired at all.  In fact, I probably will have to find a way to extend my walk after a few weeks.

I hope to have someone walk with me, but I doubt that will happen very much, and probably not at all.  The relatives around here are not into long walks.  Of course they don’t need the extra exercise because they work all day long and part of the night, at least 5, usually 6 days per week.  None of them are very big, not even close to what I am.  Jhunnel in Tacloban is as big as me and I hope that when/if I lose weight, it will encourage him to do the same.  Maybe the death of his Uncle Khany has inspired him already.  I hope so.

John Michael wanted to know if I was going to get a chiseled body and walk around with my shirt off all the time.  I answered him, “Maybe”.  I’m sure that when/if I get a half way decent looking body that I will be out at the beach more and that in turn will mean more exercise.  I already have some horseshoes (although I need something to use for stakes), but maybe I can buy a Frisbee and/or football to toss around out at the beach instead of just sitting, eating and talking.  I’m sure I can get some of the kids to throw the Frisbee with me and maybe Ramil to throw the football.  Heck soon those boys will be able to throw the football good also.

I will keep y’all informed as to the progression/regression of our little contest.  As of yet we have no grand prize for the winner, but that is not a problem for keeping me motivated.  To me, if we both do it to our utmost, we will both be winners by coming out of it with a healthier mind and body.  Stay tuned to see which of us John’s will be The Biggest Loser.

4 thoughts on “Which John is the Biggest Loser?”