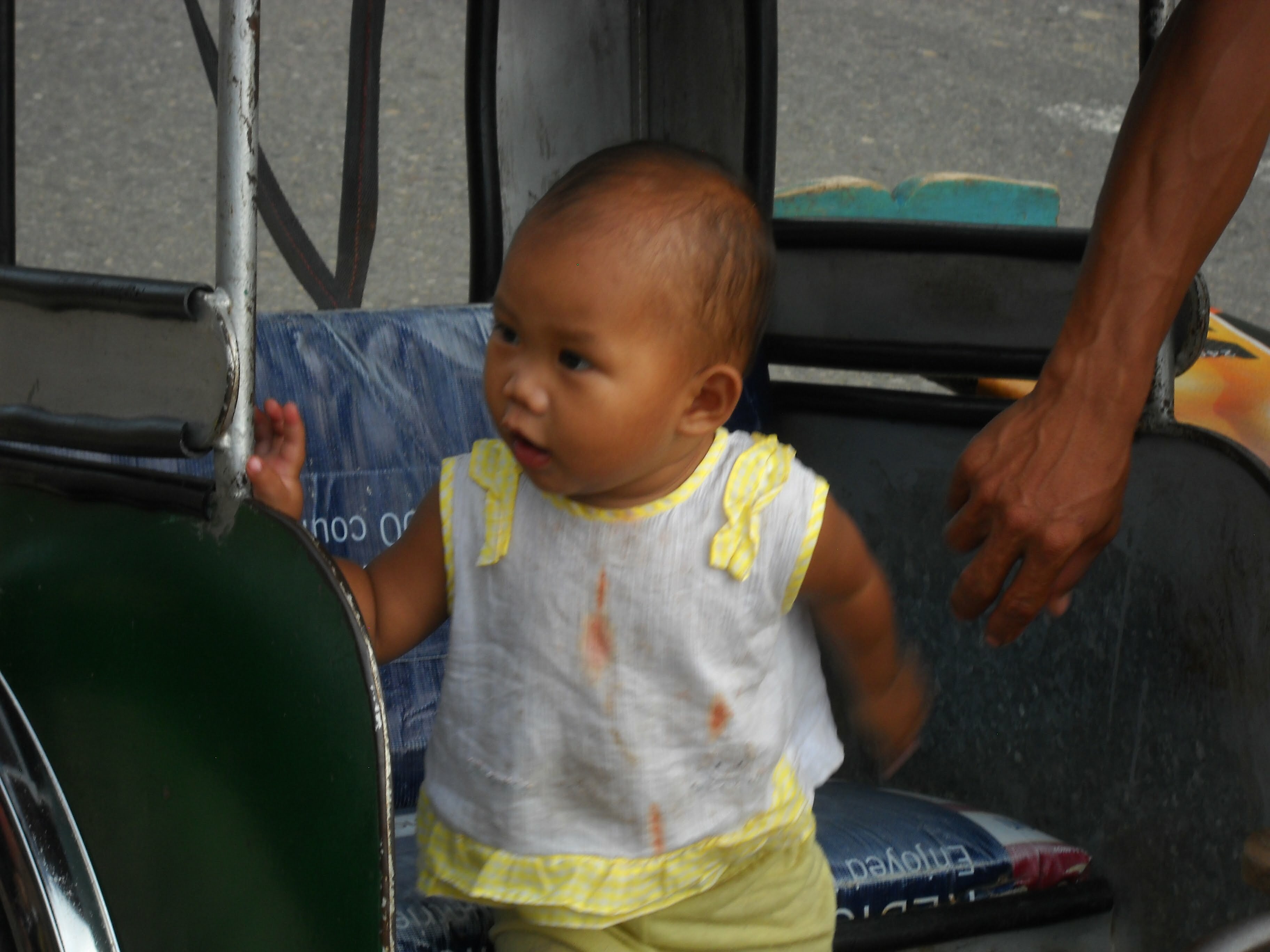 Customer for Our Daily Bread

For this post and a change of pace, I’m going to start off with my, what I consider, odd ball topic.  I was talking with Poppa and Mar and learned something about some of the names in the Apilado clan.  Mar’s name at birth was not Marciano, but Douglas.  He has a first cousin named Macbeth and another one named Arthur.  Put them all together and what do you have?  That’s right Douglas MacArthur.  Poppa told me that he was so happy when MacArthur returned.  He said that when he saw those incoming planes flying overhead, he cried.  The man made such an impression on so many Filipinos that he (MacArthur) is the only non-Filipino hero that has statues erected in his honor here.  Of course Mar had a heck of a time getting his passport because his birth certificate says Douglas and all the rest of his identifications say Marciano.  He finally got it all worked out and should be receiving his passport some time next month.

A quick update on the progress of the restaurant.  It is all complete and ready to open for business on Monday (that would be today now).  The last thing that is being done is that Victor is constructing a table with a bench out front for the tricycle drivers so they can eat there and keep a better eye on their rides.   According to Lita there should be a tarp that they can get under when if it is raining.  There is already a covering for protection from the sun, but not that sidewards falling rain.  I’ll get a picture of it once it is completed.

Some of y’all may have noticed that my picture and video sections are not working properly.  Well I’m trying to figure out what the deal is with that.  Supposedly there is something that I keep forgetting to do when I add a picture or video.  I think that some of my other attempts to correct it have actually made it worse, but I’ll get it figured out eventually.  I have dozens of pictures to add in there and I want to be sure that everyone is getting a chance to see all the videos.

On Friday I decided to walk down to Monterrey Meat Shop to buy some bacon.  Well when I got there they were out of bacon.  Okay, so I decided walk to the other Monterrey Meat Shop downtown.  When I got there, they were out also.  The only other place that I know of that sells the bacon is JustMar, so I went there.  They had one package of the American Style bacon, but it’s too expensive.   It’s about twice the price of the Filipino style bacon.  While I was at JustMar I did buy a box of Kraft Cheddar cheese.   I decided to go back to the downtown Monterrey and buy some ground beef instead.  I just got a couple of packages, costing me P104.

Why did I want the bacon and cheese?  Well I have 3 packages of flour tortillas here.  Juvic was in Manila and she went shopping at Pure Gold to buy them.  They are packages of 12 10′ tortillas.  I wanted to make some breakfast burritos with bacon, potato and cheese.  Those are the ones I get from our favorite Mexican restaurant back in Belton.  That place is called Salgado’s Restaurante.  I had to settle for ground beef instead of bacon, but they still turned out good.  So far all the Tex-Mex food that I have introduced to the relatives here, they have liked it.  When/If they get that Pure Gold built here, I can tell you that they will be getting a lot of our business.  It probably will turn into the #1 place that I buy my food, in fact I can almost guarantee it.  I say ‘almost’ only because I have never actually been to one.  I have heard only good things about them though.  I believe that Gary B. has been shopping at one before and he is one of the people that likes shopping there and recommends it.  Right Gary?

We were out of potatoes, well down to only 1, so I was planning to stop on the way home to buy a couple at a little stand on the way back.  As I was walking back, Eddie came by.  You remember Eddie, Vicky’s husband, the guy that bought one of our tricycles.  Well I decided to ride with him because I knew he would stop at the little stand for me.  Besides, once I got in the tricycle, I realized just how tired I was from all that walking.  I need to get back to walking on a regular basis to eliminate all that tiredness.  We stopped at the little vegetable stand, which is a place that is new to that location.  She use to be in the market, but decided that the new market was too expensive for her so she moved to along the highway, probably in front of her house.  Anyway I found out that the price of potatoes here is P60 per kilo and about 4 medium potatoes is approximately 1 kilo.  I only got 2 potatoes and it cost me P28.

Well I guess that is enough for this post.  I hope that this was somehow beneficial to someone.  I’ve been sending out e-mails again and I’ll tell you in next post to whom I have been sending them.

Here are a few interesting sites I came across that might be of interest to one or more of you readers out there.

Where to Find a Fake Internet Girlfriend

One with Nature in Boracay Garden Resort

Lessons from Long Ago War with America

Man and Woman, preferably Married Wanted for Expedition to Mars

8 thoughts on “Walking to Calbayog”