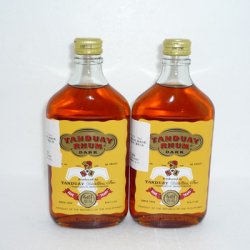 [smartads] They are having a Teachers Day with Christmas party at the Ciriaco tonight.  There have been, I guess, teacher going in there all afternoon.  I don’t see a start time on the advertisement in the Ciriaco window, so I don’t know how they are working that.

Six of the male teachers came by LolyKat from the Ciriaco wanting to know if we sold beer.  At this time we do not, but we told them we had Tanduay Rhum.  They talked it over and decided that would be good.  So they ordered 2 bottle of the Tanduay and 2 bottles of Sting.  We let them drink at our picnic table and even supplied a few jigger glasses for them to mix their rhum and Sting.  They were at a Christmas party there so I’m not sure how things in the Philippines work, but in Texas when we have a Christmas party, the alcohol is provided, even if it’s only Irish coffee.

They said that they had to go out to look for a drink because the prices at the Ciriaco were too expensive.  I think they said 1 drink was like P200, but I’m not sure about that and I have not seen the alcoholic drink menu at the Ciriaco.  Whatever the price is, these guys said that they could all 6 drink well for less than it costs for that one drink there.  Their total bill came out to P74.

When I went out to talk to them, there were 7 of them instead of 6.  No idea where the other guy came from, but he was doing a lot of talking and drinking. They all also wanted to eat, but there was no food left.  We had a good day of selling it.

After I went back into the store, one of the guys stepped in to pay the bill and was happy to hear the P74. In fact, they were all pretty happy by now.

A few minutes after that they all got up to leave.  I told them that they could come back anytime.  One of the guys wanted to buy another bottle of Tanduay to go but alas, we were out.  While they were drinking, one of the Pepsi drivers bought the last 2 bottles we had.  Just a couple of days ago I didn’t think we’d be able to sell them all and now we are -1 in inventory.  Guess I’ll have to put that on our lists of things to buy and wait for another round of teachers or other drinkers to show up.