[smartads] Albay is a province of the Philippines located in the Bicol Region in Luzon. Its capital is Legazpi City and the province borders Camarines Sur to the north and Sorsogon to the south. Also to the northeast is Lagonoy Gulf.

Mayon Volcano is the symbol most associated with the province. This nearly perfectly-shaped active volcano forms a scenic backdrop to the capital city of Legazpi 15 kilometers to the south.

In addition to getting a record number of hits we also had a new country visit us.  Someone from Rwanda has found my website.  Now we only have 110 more countries to go.

I talked with Scott and Jake for a little while on Envolve until Lita needed me to watch LolyKat again.

I wasn’t even out there very long before she showed up and told me that she just took a shower because she was hot and she couldn’t sleep while here hair was wet.  So she decided to stay in the store then.

I just went back inside to read my book because I figured it would not be very long before she came inside and told me that her hair was dry and she wanted to sleep now.  I had already turned the computer off anyway, so reading seemed to be the best option at that time.

It was boring out there too.

I’ve decided I’m going to be making some stew later.  I had 2 peanut butter sandwiches for breakfast, but those, although good, don’t last me very long.

I was thinking of a food that I think people here in the Philippines should like.  I’m not saying what it is yet, but Lita says that she saw the mix for it in Tacloban last time we were there.  I will reveal what it is after we give it a try here.  Whether the results were good or bad, I’ll let y’all know.  It is something that I have not seen here and I don’t see any reason why it should not be liked.

J is already back from school, so I’m in the computer room now.  Damn … I had 9 Spam messages.  That’s a lot more than I normally have, but 4 of the 9 were from the same place.

I should of had this note pad outside in the store with me.  I think about lots of things to write about when I’m out there.  Problem is though, I can’t remember even half of them when I get back in the house.

I need to clean this computer screen.  Hang on!

That’s a little better, but I need to get some Windex or something similar.

Useless Knowledge:  A sexually aroused feline may attempt to seduce a dog; that canine becomes the cat’s meow, so to speak.

I guess I’ll get started on the Plants vs. Zombies Level 4.  I haven’t got anything else to do right now.  Well I’m sure there is something, but I’m not remembering it right now.

Well I decided I wanted to do some Red Horse drinking tonight.  Everyone else was busy working, except J and he didn’t feel like drinking.  So I drank alone.  No problem.  I stood out by the road and drank the whole liter of Red Horse.  I used my mug though, I didn’t drink it from the bottle.  My mug has a picture of a red horse on it, so that is very appropriate.

I talked with Arnel for a little bit.  He couldn’t talk long because he was being a working supervisor tonight.  He was helping to unload the Pepsi truck.

I also talked with Emei after that, but we got interrupted when one of the workers dumped 5 cases of empty bottles on the ground.  I didn’t count them, but it looked like he broke at least 2 cases worth.  I keep telling them that it’s easier to pull those hand carts along the muddy, rocky ground there,  instead of trying to push them, but no one listens to me, or maybe they just don’t understand what I’m saying.  The guy that dumped those bottles will have to pay for any of the ones that he broke.  I know because Emei did the same thing not too long ago.

Lita and I talked a little bit about selling our lone remaining tricycle.  The tricycle business for us never really got started.  I think we just tried to do it too soon.  Now they are starting to restrict the areas that tricycles are allowed to travel downtown.  The tricycle is a way of life here in the Philippines so I think there is very little chance of it being disregard totally, especially with it being the lowest form of transportation, beside walking, and there are a lot of poor people in the Philippines that need them. 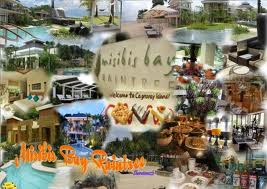 Well that’s all I have for tonight.  Another short one.  Tomorrow’s post looks like it will be a little bit longer.  I got rid of my Admin user/id because I found out that hackers know about that being the standard user/id for WordPress and that is one less thing for them to hack.  I changed that and changed my password while I was at it.  The only problem I ran into is I don’t have my picture on the site now and I have to redo my bio.  The bio I can do, but I don’t remember how I got the picture on there, and I can’t find the place.  The ones of y’all that have your picture, how did y’all do it?

Useless Knowledge:  In 1889, the first coin-operated telephone, patented by Connecticut inventor William Gray, was installed in Hartford. Soon, pay phones were installed in stores, hotels, saloons, and restaurants, and their use soared. Local calls using a coin-operated phone in the United States cost only 5 cents everywhere until 1951.

1898 – A day before the infamousMock Battle of Manila, Filipinos’ rightful and moral aspirations for sovereignty is doomed with the signing of the Peace Protocolbetween colonial Spain and emerging imperialist power, the United States, in Washington; the agreement halts further hostilities between the two powers that clashed in the Spanish-American War, largely setting the terms for the formal peace Treaty of Paris that was to be signed two months later which will stipulate, among others, Spain’s ‘ceding’ of the Philippines in exchange for $20 million–this, despite the fact that the Filipinos has already declared independence from Spain after gaining control of most of the archipelago, and with the shoddy Americans accepting and utilizing the services of the Filipinos in helping overcome the Spaniards during their war; the Mock Battle of Manila will falsely show to the world that the Americans, instead of the Filipino revolutionaries, defeated the colonial Spaniards in the Southeast Asian archipelago; the Spanish-American War roughly intersected with the second phase of the Phlippine Revolution against Spain, with Bald Eagle Admiral George Dewey forging an “alliance” with Gen. Emilio Aguinaldo y Famy, with Dewey and other military and diplomatic officials deceptively promising that the U.S. is an ally and/or will honor Filipino independence; the Bald Eagle soldiers have been able to position themselves for what would be the Mock Battle in Manila when the conned Aguinaldo stupidly allowed the free entry of the G.I.’s, apparently on request of Gen. Thomas M. Anderson some five weeks earlier.