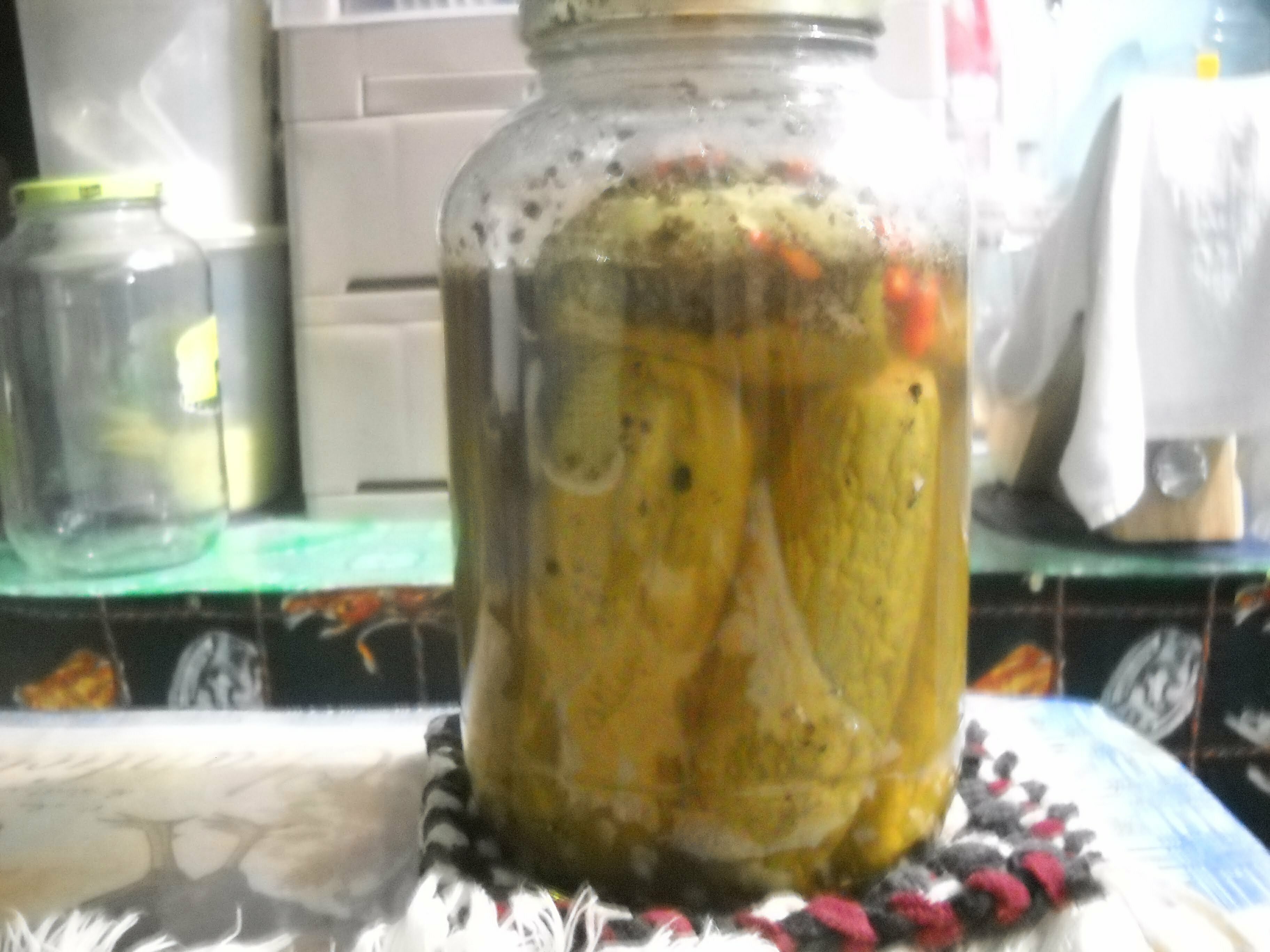 I don’t know about the rest of the Philippines, but here in Calbayog City Samar we have a shortage of dill pickles.  The supply is so short in fact that it doesn’t even exist.  They do have an extensive supply of sweet pickles by several different companies and in several different sizes, but no dill pickles.  I figure since they don’t have regular dill pickles, trying to find a kosher dill is going to be way out of the question.  I have personally searched the largest market we have here, JustMar, and they are just not there.  Last time Lita went shopping in Tacloban at the Robinson Mall supermarket she said she was unable to find them there either, but I haven’t personally checked for them there yet.  I hope to do that next month during our bi-monthly shopping trip.

I love dill pickles, especially the kosher dills.  I made some tuna salad, but it just didn’t taste the same without my dill pickles.  I was using a tuna that I am not use to though, so maybe that had something to do with it also, but I think it would have been alright if I had the dill pickles.  It was the very popular Century Tuna that they have here.  I like putting pickles on sandwiches and/or eating them on the side with a sandwich and maybe some soup or chili.  So what am I to do if they can not be found?

A possible solution arose.  Lita said that she knows how to make pickles.  At least she knows the gist of it, but she has never actually done it before.  Since she loves me so much, she decided that if she could find some of the smaller cucumbers, she would make an attempt at it.  Well as it would happen, the next day when she went to the wet market, there were some of the small cucumbers.  She bought about a dozen of them and brought them home to begin the preparation.

Although I found a couple of different methods for making pickles on the internet, Lita wanted to do it the way that she thought was correct.  Okay, who am I to complain.  I have no clue as to how to do it and I don’t have to do any of the work anyway, all I have to do is eat them.  Of course if they don’t turn out well, then I’m stuck eating nasty pickles because after she goes through all the trouble of making them, I am going to eat them.  Of course I will tell her if they need improving, but they will all be eaten.

For her ingredients, she said she was missing Rosemary, but decided to go ahead anyway.  She stuffed 4 or 5 cucumbers in a jar then cut a couple more of them in half to place on the top of the ones in the jar.  She then mixed in a separate bowl water, vinegar, salt, dried Cilantro, dried Sweet Basil, several chili peppers (because I wanted hot pickles) and some black pepper.  She wanted to put some garlic in there too, as per my suggestion, but she forgot.

Next she poured the mixture in the jar with the cucumbers.  I put the lid on the jar, making sure it was pretty tight.  She then had me place the jar in a pot on the burner that was about 1/3 the way full of water.  We put the burner on low and waited.  She said that when the water is boiling good, we should take them out and place them on the table to cool.  After they cool off they will be placed in the refrigerator to get cold and hopefully be ready for eating the next day.

Well we did all that, except we got busy and forgot all about that jar of soon to be pickles.  When she remembered the water on the inside of the jar was boiling.  As it turns out, that’s okay.  I’m just glad that the jar was thick enough that it did not break.  So we got the pickles out of the pot, and they did look more like pickles than cucumbers at that point, placed them on the table and let them cool.  After which we placed them in the refrigerator for about 5 hours before Lita decided she just had to taste them to see how she did.

So we get them out, open them up and taste.  They are not the best pickles I have ever eaten, but they certainly not the worse.  They taste almost like dill pickles and it will not be a problem for me to finish them all.  I think next time I will suggest that she cut the chili peppers before she places them in the jar because, at least to me, they were barely warm.  We tried to get some of the relatives here to try them, but they are hard to get to try something new, although they are always trying to get me to try their food.  Finally some of them did take a taste, but they didn’t seem to like them very well.  Of all things, they wanted to add sugar to them.  Go figure.  With all the sweet pickles on the shelves here, it’s no wonder.

As I said, I will finish these pickles and am looking forward to Lita’s next attempt at mastering the art of the hot dilly in the Philippines.