[smartads] I took a picture of Flor & Mary Grace that I wanted to use as my feature photo, but after I looked at it, it didn’t come out very well.  I hope to be able to get some more pictures of them.  The are both very pretty and very pleasant young ladies.  At least they were around me.

But how did all this come about?  Maybe I should start at the beginning.  I was born early one … oh wait, not that from back.  Let’s fast forward to this morning and start again.

Although I have had plenty of things happen already today, I’m just getting around to taking notes.  I didn’t go to sleep until 0238 this morning, at least that is what time it was when I turned off the TV.  I’m sure I was sleeping by 0300 though. 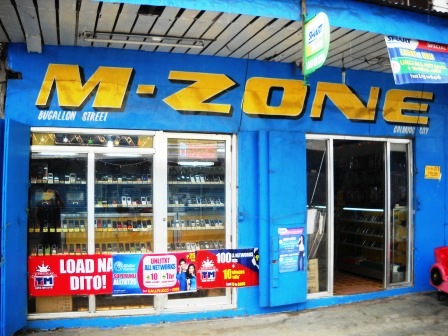 I woke up about 0715, but after a quick CR break, I went back to bed for about an hour more.  I didn’t think I was prepared to meet the day just yet.  When I got up again about 0825, I figured that was good enough.  I need to check the website and then get ready for my Kano Outing.  My met time at the Isla Cafe with Rick, Cliff, Jen and Mary Grace was 1000.  I started getting ready about 0915 and all I had to do was shave and brush my teeth.  I figured that since I was going to be in public, it’s the least I could do.  Around about 0945 I hailed a tricycle that had an empty spot up front for me to sit and headed to Nijaga St and the Isla Cafe.

I decided to bring the camera even though the last time I was there, just visiting, they told me that I could not take any pictures.  I figured, just in case. 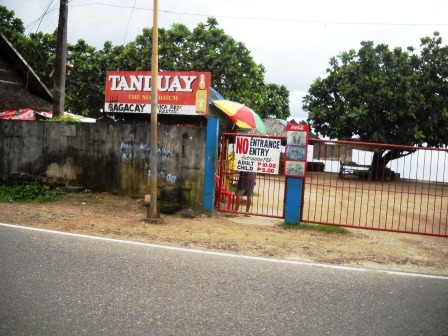 When I arrived, everyone else (Rick, Cliff, Flor and Mary Grace) were already there.  I’ll be going over what happen here briefly, but I will be doing a separate post, it’s probably done already, that goes into more details.  The introductions were made, the food was ordered (with some complications) and we all sat down in a corner table to wait.

Mostly it was the guys talking, which is mainly the reason why we were there, but the ladies chimed in on occasion.  To me, all in all, it was a very nice get together.  Cliff seems to be a really cool dude and Mary Grace is very pretty and seems to be happy.  What more can you ask for?  I wish Lita could have been there, but she was protecting our interest in LolyKat.  We’ll all get together someday, but it will probably have to be when Cliff comes back for another visit. 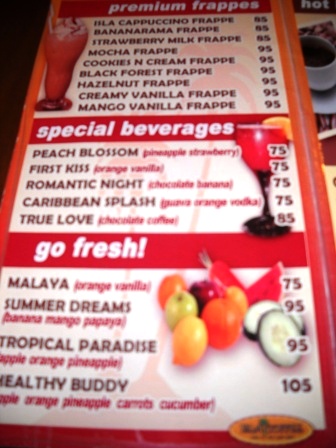 After eating, us guys went to a cell phone store called M-Zone (feature picture).  According to Cathy, this store use to be called Hello Kitty, but I personally can not verify that.  Cliff bought an inexpensive cell phone just to get by on around here.  He said the total cost was only P600 including phone, memory card and a sim card with a load.

They had some pretty nice speakers there at M-Zone.  If I could figure out a way to connect them to my computer, I’d buy some the first chance I got and use them on there.  That ‘first chance’ will probably not be until August though the way things are going.  That will be the month after we return from Texas.  I’m hoping the bakery will be in place by then and LolyKat will be shut down.  I might even buy myself a cell phone here too. 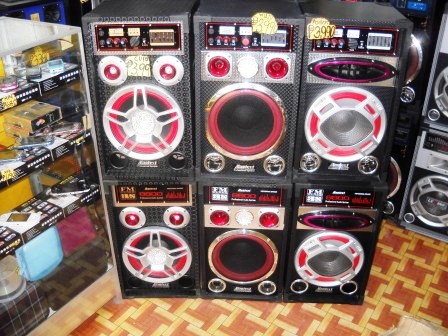 Anyway, after the girls showed up there, we hung around a little bit longer talking and looking, then we said our good-byes because I need to go by the bank.  I made a couple of stops on the way, one to the Korean store to buy a large notebook and I went to the office supply store to get a refill for my P48 pen, but they did not have any in stock yet.  I wonder if they ever do?

After that I walked over to the bank and there they all were again.  Seems that Cliff needed to get a little bit more money too.  Basically all we did there was the hello/good-bye thing again.  Cliff squeezed into a pajak-pajak  and off they went.  I went in to the ATM because there was no one else in line.  That was amazing to me, in the middle of the day.

After getting the money out, I headed for home, walking.  I took a slightly different route going home this time and got a few pictures that I would not normally get.  All the pictures on this post were taken today.  I also saw a few more people that are evidently my friends because they said, “Hi Friend”, but I’ve never met them before.  I’d just respond, “Yeah, how’s it going”?  I had a couple of young ladies flirting with me from inside a karaoke bar.  They never came out, but I stuck my face up against a bamboo lattice to talk with them.  They got all shy after that.  Another Filipino guy wanted me to take his picture.  He was at the site where they are putting up the new RFM. 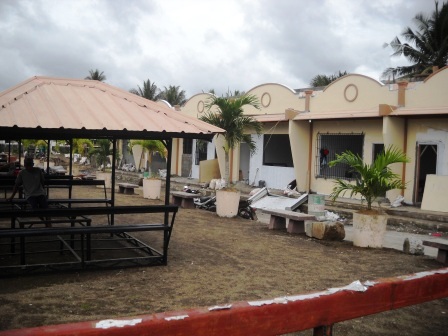 When I finally got back home it was about 1:15pm, I took a shower, changed clothes and made 3 cucumber & tomato sandwiches.  Yes I did eat at the Isla Cafe, but if you read my separate post, you may understand why I am eating again.  After making the sandwiches, I brought them out to LolyKat because …. it’s my turn.

Lita wanted to go downtown with the money I just brought her from the bank.  We discussed what she should buy.  We need more cigarettes, coffee, Max candy, powered milk, Sky Flakes and Magic Sarap (seasoning).  When she got back around 3:30 she was saying that she came up short of money.  When I opened the bags to see what she bought she had gum, lollipops, Mentos, Accent, soy sauce, 3 kinds of Max, plus all the rest of the stuff we discussed.  Plus she bought shampoo, conditioner and a light bulb.  Heck, no wonder she was short of money.  In my opinion, most of that stuff was unnecessary.  She got to bring it all home though because a lady at the store told her to just bring the money back next time.  Sometimes they let her do that for some reason.  I don’t like it, but they do not charge any interest and even if we wait until next month to pay it, they don’t mind.

At 4:00pm Vicky sold the last of the food.  I guess that’s a good thing, but people were still showing up afterwards looking for food.  If it would just be that busy everyday, we’d be doing alright.  But we just never know when the good days will be and when the bad days will be. 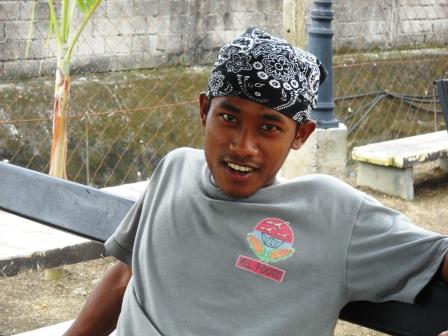 Also right about 4:00pm a guys showed up to get a cup of coffee.  He paid for the coffee, but when Vicky went out to give it to him, he was leaving.  Evidently he is a driver and the people he was driving were ready to go.  He did not get his money back, but he did say something to Vicky as he was leaving.  I assumed he be back later, but I never saw him come back and we stayed up until 9:10pm.

We didn’t stay open that late for just for him though.  The convention at the Ciriaco had a lot of people and they were constantly coming over to buy things, especially cigarettes.  Of the 6 packs of Marlboro’s Lita bought today, we only have 1 1/2 packs left.  The convention will last through Friday (the 10th) so I hope that we have as many customers everyday.

5 thoughts on “Kanos and Filipinos in the Zone”