[smartads] This is another long post, so get that cup of coffee or orange juice before you get started.

This day didn’t start out much better than the previous day when I was complaining (again) about all the noise and frustrating things that was putting up with.  Today has to be a good day though, it should be an international law or something, because ….

today is my birthday.  So far it has not been a very happy one.  Oh, I’m happy to be alive and still in decent (not great) health, but I need to get rid of a rash and I really need to take a break from my daily same old routine.  I hope that will all change next month, but most likely it will be the end of April before things really get shook up.  Of course losing another 60 lbs would be wonderful too.

I found out that the medicine Neneng got for me is for acne, so it’s not going to work, it just burns.  I’m having a hard time getting people to go get the cream I want.  I can’t go myself because I have to walk so bowlegged.  I do know that if I had my own transportation that I could use and they needed something, I’d go get it for them.

I have a payment due today and I’m thinking of foregoing it so I can have the extra money, but then I’m not sure I should.  I’ll have to think about it.

I went in to take a nap and while I was in there sleeping, that payment got made.  That’s one less thing for me to think about today.  It’s okay, I have bread, tomatoes, cucumber and peanut butter.  Soon I plan to be having chicken at least twice per week, more pasta and I’m going to get some pork sausage too.  I’m tired of doing without things I like.  February should change all that for me and each month after should be the same and only get better as time goes on.  At least that’s the plan. 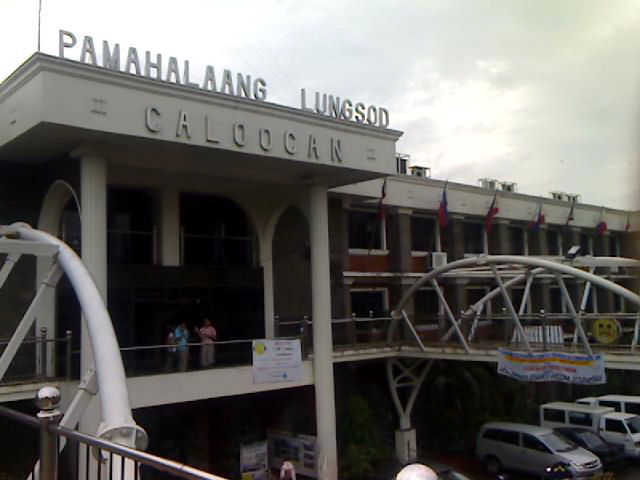 I didn’t sleep very well last night because of this darn rash, so I’m glad that I was able to take that nap today.  When I woke up, there still was no ointment, but the promise to get some later was still there.  I guess I’m going to have to bitch and moan until I get my way.  In the meantime, I’m going to make some cucumber and tomato sandwiches.  I think I’m addicted to them.

It’s 1:55pm and I’m sitting in LolyKat again.  I think Vicky just left to go get some of that ointment.  She left walking and I was getting upset because if that ointment was someplace close to here and no one would still get it, I was going to erupt.  As it turns out, she was walking because she had another meeting to go to first for the welfare.  After that her husband (Eddie) would be taking her downtown to get the ointment.  So the effort is being made, but I still have to wait.

I really don’t like not knowing everything and being able to make my own decision.  I wonder if that is part of the supposedly 5 years to adjust to living in the Philippines?  I guess I’m going to have to buckle down and learn how to speak or at least understand Tagalog.  I found a nice site for that at one time.  I had it bookmarked, but it got erased when I formatted  my C-Drive when it had the problem.  I’ll find it again probably.  Anyone know of a good site for that?

So far it’s been a pretty lousy birthday.  Maybe someone will buy me a Red Horse or a T-bone steak later.  I’d like the steak as long as it’s some good beef, over the Red Horse. 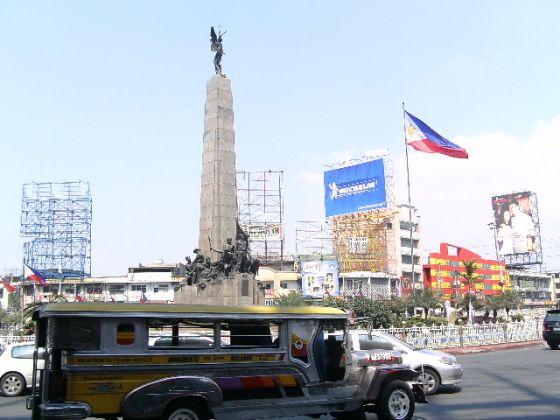 Today one of the kids that buys cigarettes here came by.  He didn’t buy cigarettes today, but he was smoking.  I did notice that he doesn’t inhale.  He just sucks the smoke in and blows it back out.  Still he gets tar and nicotine in his system, so even though it’s not as bad, he still should not be smoking.  Of course no one should be smoking as far as I’m concerned.

I read an article the other day that was discussing about whether women should breastfeed in public.  Personally it doesn’t bother me as long as the lady is not flaunting it around.  I bring this up because here in the Philippines, women just whip it out at anytime to feed those hungry babies.  In fact, there is a lady sitting in front of the Ciriaco, on the curb, that just whipped it out for her baby.  Now I like looking a boobs as much as the next guy, but for some reason, when they are feeding their baby, it’s just not exciting.  A screaming baby is hard to ignore not matter what country you are in.  I wonder why it bothers some people?  In the US sometimes people just carry their freedom too far.  If it offends you that a woman is feeding her baby, don’t look at her.  Would you rather have the baby screaming?  Should the mother drop whatever she is doing, go to the bathroom and feed the baby?  Just let her take care of her business and you take care of yours.  No one is getting hurt and if the little kids, don’t understand, explain it to them.  It’s a natural thing people, get over your problem with it.

Vicky showed up about 4:45, but she didn’t have any ointment.  Eddie has gone downtown to get it.  So more waiting for me.

Eddie arrived at 5:10pm with the ointment.  Of course at 5:05pm Ado cut himself on something and it was bleeding a lot.  Everyone was other there trying to help him.  More waiting for me.  (Ado is fine by the way). 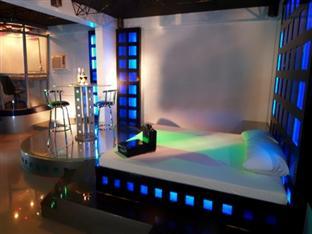 At 5:20pm, I finally got Lita to apply the ointment for me.  I was hoping for instant relief, but that wasn’t the case.  After all that waiting and complaining, I sure hope this stuff works.

Well it does help a little, but I can still feel the itch.  I’m not getting those sudden itch spasms anymore though.  That is what was keeping me awake last night.  It seems like it’s going to take about a week or so to get rid of this, but any and all progress is welcomed.

At this point of the day, it’s been a pretty bad birthday.  I can only hope that it gets better.  I closed the store about 7:15pm and went in to the computer.  I mostly played Text Twist 2 and procrastinated about doing the post.

Finally around 10:15pm, Jay came in and told me that Angelo (An-ge-lo) wanted to buy a case of Red Horse and asked if I wanted to come out to the picnic table to drink.  Up to this point I was not sure if I would actually go out to drink IF someone asked, but I decided to do it.  I had to have something to remember this 54th birthday.  Besides, he offered and it would be rude not to accept.  I did put a limit on how many I would drink though.  There are 6 1 liter bottles in a case and I limited myself to only 2 liters.  There were 4 of us actually drinking, Angelo, Jay, myself and Ramil (who always seems to be where there is free drinks).  The 3 of them drank 3 liters, I drank my 2 liters and there is still one in my refrigerator.  Ramil and I were the last to standing (so to speak) but we called it quits around 0100.  I turned off the computer when I came in, Lita applied some more ointment to my rash and that’s all I remember.  That 1 little jester helped save my birthday to my thinking though.  Thank You Angelo! 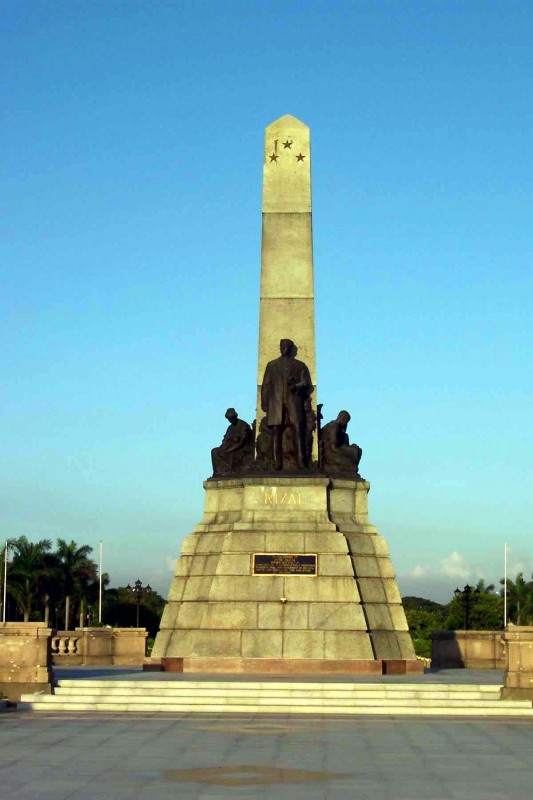 Answers to 17 Jan Quiz in Green.

Filipino:  The Macabebe Scouts were loyal to the Spaniards and immediately switch allegiance to the Americans. Macabebes are Kamampapangans who have a mutual hatred against the Tagalogs, mainstay of Aguinaldo’s Army.  The Macabebes were fierce freedom fighters when they first appeared in written history; they  fought the Spanish invaders in 1571.  Ironically, it was the Tagalogs (under Lakandula of Tondo and Rajah Soliman of Manila) who eventually welcomed the Spaniards while the Kapampangans (under Tarik Soliman of Macabebe) had to die fighting in the Battle of Bangkusay.

Texas:    The Chisholm Trail.  The creator’s name was Jesse Chisholm. The trail was created because farmers in East Texas didn’t want cattle trampling all of their crops during cattle drives toward Louisiana. So Chisholm made a trail going to a cowtown (a town where cattle are put on railroads to be shipped to the markets) called Abilene, Kansas.  Joseph G. McCoy, a cattle buye from Illinois, was instrumental in extending the Chisholm Trail from present day Wichita to Abilene, Kansas, to promote and establish cattle market for thousands of longhorn cattle from Texas. In 1867, McCoy built stockyards that he advertised throughout Texas. Approximately 35,000 cattle followed the Chisholm Trail during the first season to Abilene in 1867. Through Joseph McCoy’s promotional and entrepreneurial efforts Abilene became a prosperous and famous cattletown from 1867 to 1870.

Filipino:  Who was the “Great Dissenter”?

Texas:  Texans called a Consultation in November 1835.  Who did the Consultation elect as President of the Provisional Government?

Useless Knowledge:  During World War II, in May 1942, U.S. ice cream manufacturers were restricted by law to produce only 20 different flavors of ice cream. But to this date, no explanation for the law has ever been offered.

19 thoughts on “Beer, But no Birthday Steak for Me”