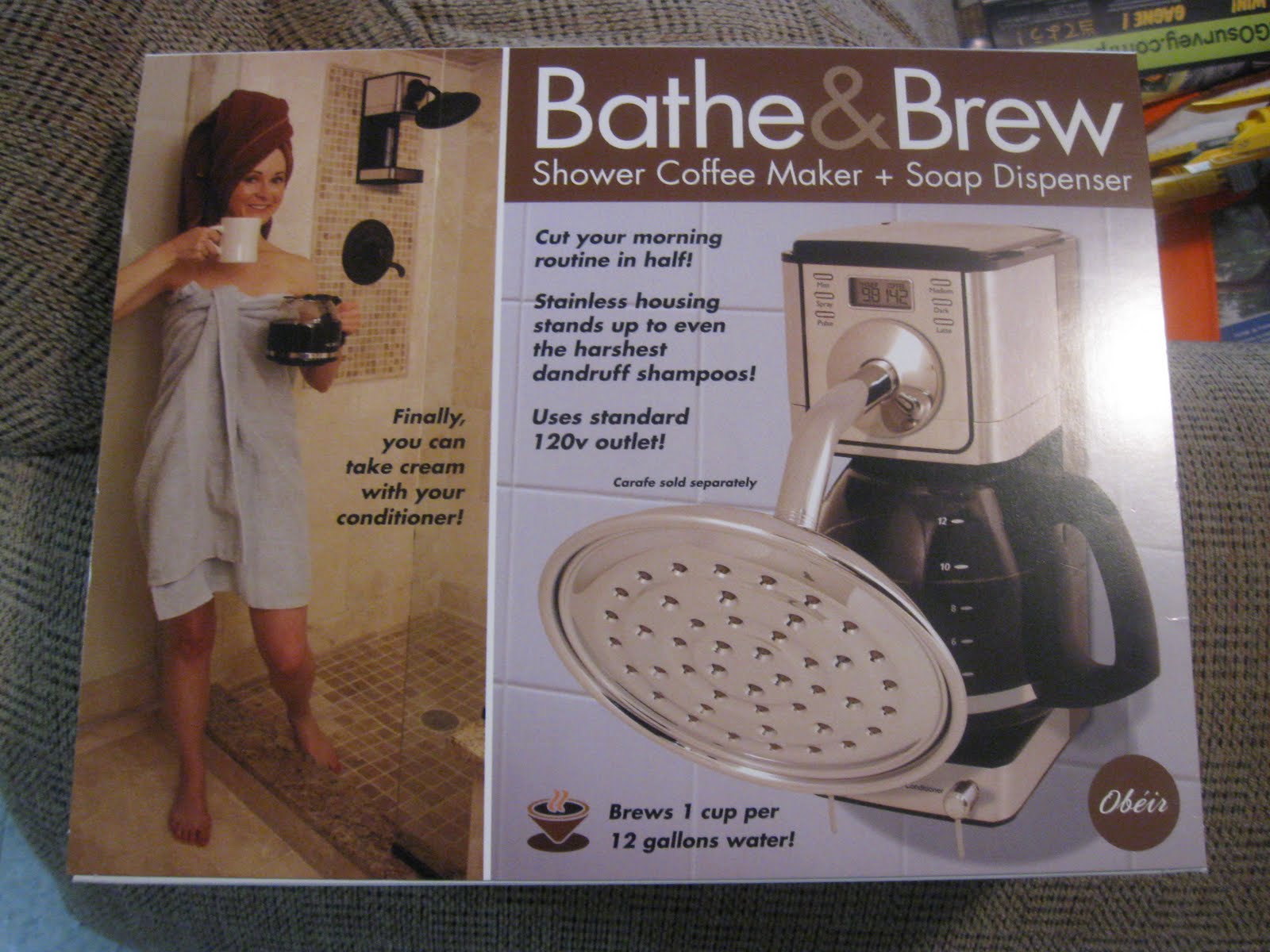 [smartads] Well aren’t I the lucky one today.  Due to the fact that I went to bed so early last night … again, I had a chance to experience the brown out, as it was happening.  At exactly 0603 according to my LED clock, Poof!

Lita got up right away to get the battery operated light/fan, but it wasn’t really bad, not yet anyway.  I laid in bed for awhile and decided that I might as well get up.  I’d be cooler at the picnic table than in here.  I should have known it wouldn’t be that simple.  When I got out there, Lita wanted me to move the picnic table and a couple of benches because she was going to wash the Nissan.  Jay usually does it, but since he is no longer here, she decided it would be cooler for her to wash it.  I suggested that she wait until the afternoon when it would be a little hotter, but she wanted to do it now. 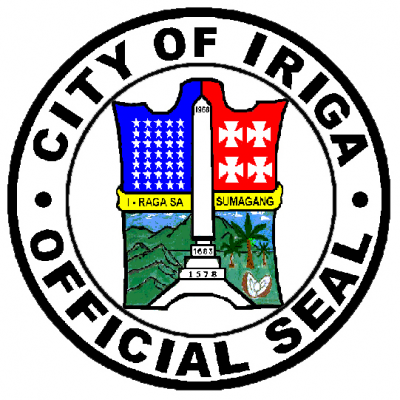 The City of Iriga (Bikol: Ciudad nin Iriga; Filipino: Lungsod ng Iriga) is a 3rd class city in the province of Camarines Sur, Philippines. It is located about 400 kilometers south of Manila, 37 kilometers south of Naga, and about 61 kilometers north of Legazpi City. It is bounded by the town of Buhi in the east, by the municipalities of Baao, Nabua and Bato in the west, by the province of Albay in the south, and by the municipalities of Ocampo and Sangay in the north.

Iriga, from a phrase in the language “I raga” which means “there is land”, grew from the settlement by the bank of the Bikol River called Bua (Nabua), whowere looking for higher grounds due to the perennial and disastrous flooding of the town during the rainy season.

Bua was a low marshy terrain easily flooded during the rainy season. Because of this some people including some farmers, upon the advice of Father Felix de Huertas, then parish priest of Nubua, moved to I-raga where they could plant their crops without fear of being flooded.  Taking the advice of the priest, people left Bua and settled on a higher land located at the foot of Sumagang Mountain, east of Bua. The foot of the mountain had large tracts of land available for cultivation and suitable for settlement. Unlike Bua, it does not suffer from severe flooding during the torrential rainy season. The settlement was then called Iraga,“there is land” in the local language.

Lita being Lita, she noticed that the screen door was very dirty.  So after the Nissan, she started cleaning that.  If I had a sprayer and good water pressure I could have cleaned that screen quickly, but since she was in a cleaning mood and the longer it takes her to do that, the less time she has to find something else for me to do.  Besides, obviously she is in a cleaning mood, so why should I interfere with that.  She told me to just watch the store and drink my coffee.  I ran out of the strong coffee, so I’m back to using a 3 in 1 Nescafe with a regular Nescafe.  That combination is actually better to me than the strong Nescafe coffee.  In fact, next to the San Mig extra strong coffee, this combination is my favorite way to drink coffee that I’ve tasted. 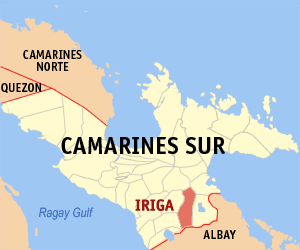 Well it was inevitable, I ended up helping Lita clean.  Not that I had to, but I was bored, I have no computer since there is no electricity and there are no many customers for the store.  I swept a lot of water down the driveway, helped clean the screen door and lifted a few things for her.  I lift the things for her anyway, because I get mad when she does it herself.  She’s not really strong enough to be doing any of that even semi-heavy lifting.   All she does is make herself sick and more tired.  That in turn makes her more cranky.  When she’s more cranky than she gripes and complains a lot more.  I guess you could say that by helping her now, I’m saving myself a lot of grief later.

She finally decided to quit cleaning about 12:45pm.  She had to go take a shower, mostly because she was sweaty, but also because she was standing in some ants while messing with the trash bag outside. 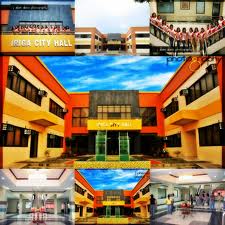 It is so boring today.  Sometimes when I’m bored I just start writing in my notes.  I’m going to try not to do that, because when I do I just ramble about a bunch of little things.  Probably no one is really interested in those things.  She hasn’t eaten today and I’ve only had a couple of tomato sandwiches.  If we were back in Texas, we would probably be getting ready to go out to eat.  I’m thinking club sandwich right now.

Iriga City in the cradle of Mt. Asog.

It is now 4:45pm now and still no electric, but we are not expecting it until around 6:00pm anyway.  Lita left to pick up her last pair of shoes that she brought in for repair.  She is also suppose to be doing a little shopping.  She said we had to eat chicken adobo again tonight.  I tried to protest, but she twisted my arm behind my back and said I had to.  I’m only a foot taller and 100 lbs heavier than her so, I didn’t have a chance.

Just in case someone didn’t catch that, I love chicken adobo and if we had it a couple dozen times every month, it’d be just fine with me.

I’m listening to music while typing this and the Honky Tonk Angels are singing “Silver Thread and Golden Needles”. 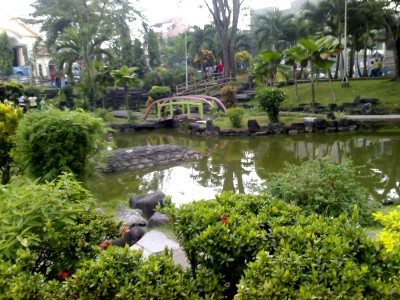 Lita did cook the chicken adobo and I did eat it.  She gave a lot of the juice away to Cathy and the kids, and I love the juice for my rice.  I’ve never been so hungry though that I would take food away from children.

Our AdSense went above the amount needed to collect on.  I’m not sure how long it takes to collect the money or even if I have to do anything.  From what I have read, it is automatically sent out after the end of a month, but it could take up to another month before it is processed.  I just hope it is available before we head to Korea next month.  I will triple check the requirements to make sure I understand how it works.  It’s my first time and we all know that the first time can be a little awkward.

Who’s the Filipina senator popular for her colorful jargon, delivered in a mile-a-minute speed and in a weird Harvard meets Ilonggo accent? Atty. Miriam Defensor-Santiago.

Filipino writer Jose Rizal could read and write at age 2, and grew up to speak more than 20 languages, including Latin, Greek, German, French and Chinese. What were his last words? “Consummatumsst!”(“It is done!”) (Anyone know this word or what language it is?)