[smartads] Well I can tell you right now, this post will be longer than the last one.  In real time at this moment it is 4:07pm and the post is already longer than yesterdays.  We will be working on twice as long soon, that is why I’m starting to type now.

The City of Pasig (Filipino: Lungsod ng Pasig) is one of the city municipalities of Metro Manila in the Philippines and was the former capital of the province of Rizal prior to the formation of this grouping of cities designated as the National Capital Region. Located along the eastern border of Metro Manila, Pasig is bordered on the west by Quezon City and Mandaluyong City; to the north by Marikina City; to the south by Makati City, Pateros, and Taguig City; and to the east by Antipolo City, the municipality of Cainta and Taytay in the province of Rizal. 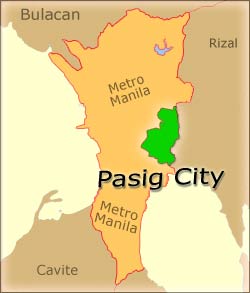 Pasig is primarily residential and industrial but has been becoming increasingly commercial in recent years. The old provincial capitol lies off of Shaw Boulevard, outside the city. Within is The Immaculate Conception Cathedral, one of the oldest churches in Metro Manila, and Pasig is one of the three municipalities appointed by the diocese of the Roman Catholic Church in the Philippines (as the Roman Catholic Diocese of Pasig). 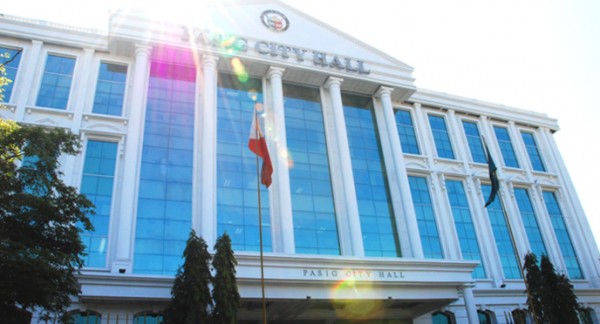 It’s another bright shiny day here in the growing city of Calbayog and it’s 0930.  I’ve been out here in LolyKat since about 0910 and I’m in the process of eating 2 1/2 cucumber & tomato sandwiches.  I had the 1/2 in there because that finished off the loaf of wheat bread that Lita bought the other day.  I like those sandwiches with the wheat bread better than the white.  I’m not sure if it’s because of the wheat bread or the quality of the wheat bread we bought this time.  Whatever the reason is, it would still taste better if it had mayonnaise.

I think I have found the coffee combination that I like too.  It is 1 packet of the Kopiko 3 in 1 coffee and 1 packet of the regular Nescafe.  No extra cream is necessary.  With the 3 in 1 in there, that puts a little bit of sugar in the coffee, but it still tasted good.  When I go to Bo’s Coffee downtown I will try to find a combination I like there also.  I’m not sure of the cost of things there and I don’t believe in paying large prices for coffee.  I never go to Starbucks.  Paying $5 for a cup of coffee is just ridiculous if you ask me.  Even $2 is highly questionable in my book.  For $2, I better be getting the unlimited version or, at least, a second free cup.

I’ve always wondered how Jay can sleep in the other room with no fan at night.  I felt a little bit guilty that I had 2 fans, but he never asked for one or complained.  Today I found out that at night he actually gets so cold, that he has to close the windows.  I don’t worry about him anymore.  If it were me in there sleeping, I’d be dripping in sweat.  He was sleeping in the store, but he said he was worried that someone would lose control of their car and run into the store while he was sleeping.  That seems a little like “over worrying” to me, but as long as he doesn’t mind the light coming on at all hours, me checking the front door and window in the middle of the night and Lita and I going back and forth to the CR, it’s okay with me. 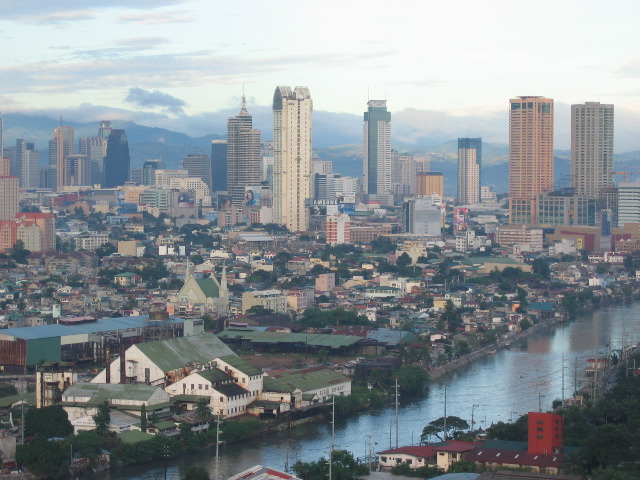 When we moved to the Philippines I was hoping we would be done with the big problem we had with ants in Texas.  Not!  If anything though, there are more ants than in Texas.  There are some little bitty black ones that move really fast.  I don’t know what they are called, but I really don’t like them because they get on you easy and are hard to see.  I’d like to get rid of them or at least control them, but I also don’t want to put poison out because there are too my children around here.  Any ideas?

I’ve been doing some thinking about that idea Mark commented on about pinning hotel and restaurant locations on Google Earth.  I need to look into that and see just exactly what it’d take to do that and if it will be accessible to everyone.  I’ll check on that after this post and maybe before or after I put a few more videos on the computer.  I want to see just how feasible that is.  Thanks Mark for that suggestion.

Oh, I need to do this before I do those other things.  Cathy has 3 dolls she has on display.  They are unopened.  I want to check to see if they are worth anything like on E-bay.  I know that 2 of the dolls are Hanna Montana, but I don’t know what the 3rd one is yet.  I think she would rather have any money than the dolls at this time.  Most likely they are not worth anything, but it doesn’t hurt to check. 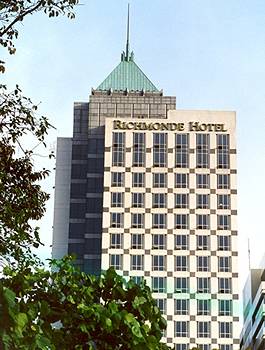 It’s noon o’clock now.  Lita just went to bed even though she told me about an hour ago she was going.  I could have done a few things on the computer in that time, but it’s too late now.  Today Lita ‘officially’ agreed with me that if this blog or any blog I have starts making some money, then I will be able to spend more time in here rather than in the store.  Of course I hope that all that will be a mute point because we will no longer have the sari-sari store and the bakery will be there instead and we won’t be the ones worrying about all the details.  I’ve even been thinking about showing Neneng and/or Titing how to use Excel so they can input their own data and I won’t even have to do that.  If it is already set up, it’s not difficult to do.  There is probably better financial software out there to handle the job too.  If they had that, with instructions, I could just be on vacation all the time.  That’s my goal.

It sprinkled earlier today for about 15 seconds.  I was wondering if I should count that as a rain day, but as it turned out, it rained later anyway.  So …. Rain Days = 7 in a row.

Vicky went to get some oil and Lita went to sleep so, of course, someone would show up to get some of the food out there.  I don’t do that, but I did.  It’s only the 2nd time I’ve had to to it and I didn’t screw it up either time.  Actually the person getting the vegetables was “The Washer”.  I talked with him a little bit and told him about the blog.  He said that he is actually the driver and he only washes windows sometimes.  Well that ‘sometimes’ seems to be a lot to me, but I guess I’ll have to change his name to “The Driver”, until I find out what his real name is. 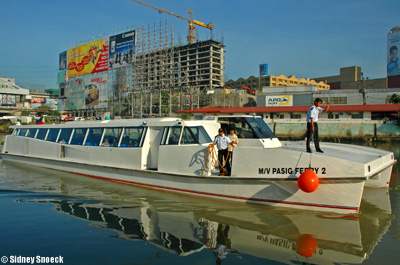 Wayne stopped by again today.  It was about 1:00pm and he and his wife stayed for about 15 minutes.  I think I did a little better in the greeting, but I still have to work on it.  He’s having a hard time getting an Internet connection.  He bought a 5 day Smart connection, but he never got connected the whole 5 days, so that was a waste.  He has not read the blog since he’s been here, about 3 weeks, so he is a bit behind on things.  I invited him to the Island Cafe on the 8th, but I told him I didn’t know what time yet.  He said he could do it, if it wasn’t too early, because he has a long drive to get here.  We figured 10:00 was a good time, but I’ll have to get with Rick on that to see if he has a problem with that.  I still have not been able to ask Blair, but I hope to soon.  Anybody else that is here and reading this that would like to go, just let me know and I’ll be looking for you there.  It’ll just be some foreigners sitting around drinking, eating and BS-ing.

About 4:20pm Lita talked me into going back out to LolyKat for awhile.  I thought I was going to end up being out there for 2 or even 3 hours, but the Fan Man showed up and I had to get her to talk to him.  After she got up, she decided to stay up and told me I could go back in to the computer.  It was only 5:00pm.  The fan he brought is a stand fan and it works good, so they decided on a price of P500.  I have it at the foot of the bed, so now I don’t have to carry the fan in the computer room back and forth anymore.  I’d like to have 3 more to run.  The one we had for the bathroom still runs, but it needs something more than just a light fixture outlet.  I guess I could put it up at the picnic table area.  I could connect it to what little wood is there (most everything is concrete).  I want one for the kitchen to circulate the air in there and then another one for the bathroom, even a small one.  Just something to make the air move.  Having a back up fan or 2 is not a bad idea either.  The fan we bought today I’m going to run the rest of the day and all night just to see if it will hold up.

We closed the store at 7:00pm.  I had to make some french fry sandwiches because that was the 2nd easiest thing to make.  I didn’t want to have peanut butter again.  Only thing is, I am out of ketchup, BBQ sauce, mustard … all the sauces.  I just had it without, but it was not near as good as it should have been.  I hope to be able to shop tomorrow afternoon and get some of the things I’m missing.  I don’t want to get too much though because I will also be getting some things in Cebu this weekend to bring back.  I’ll have a hard time limiting myself to one box, but unless someone else volunteers to carry it, I’ll have to.  Marlou told me that he and Chiqui are going also, so maybe he will volunteer to help carry a box.  That way I can get two boxes of things, which will be plenty enough if I shop smart.  I usually shop smart when I do shop for myself.  I know what I like and want, so there are not complaints.