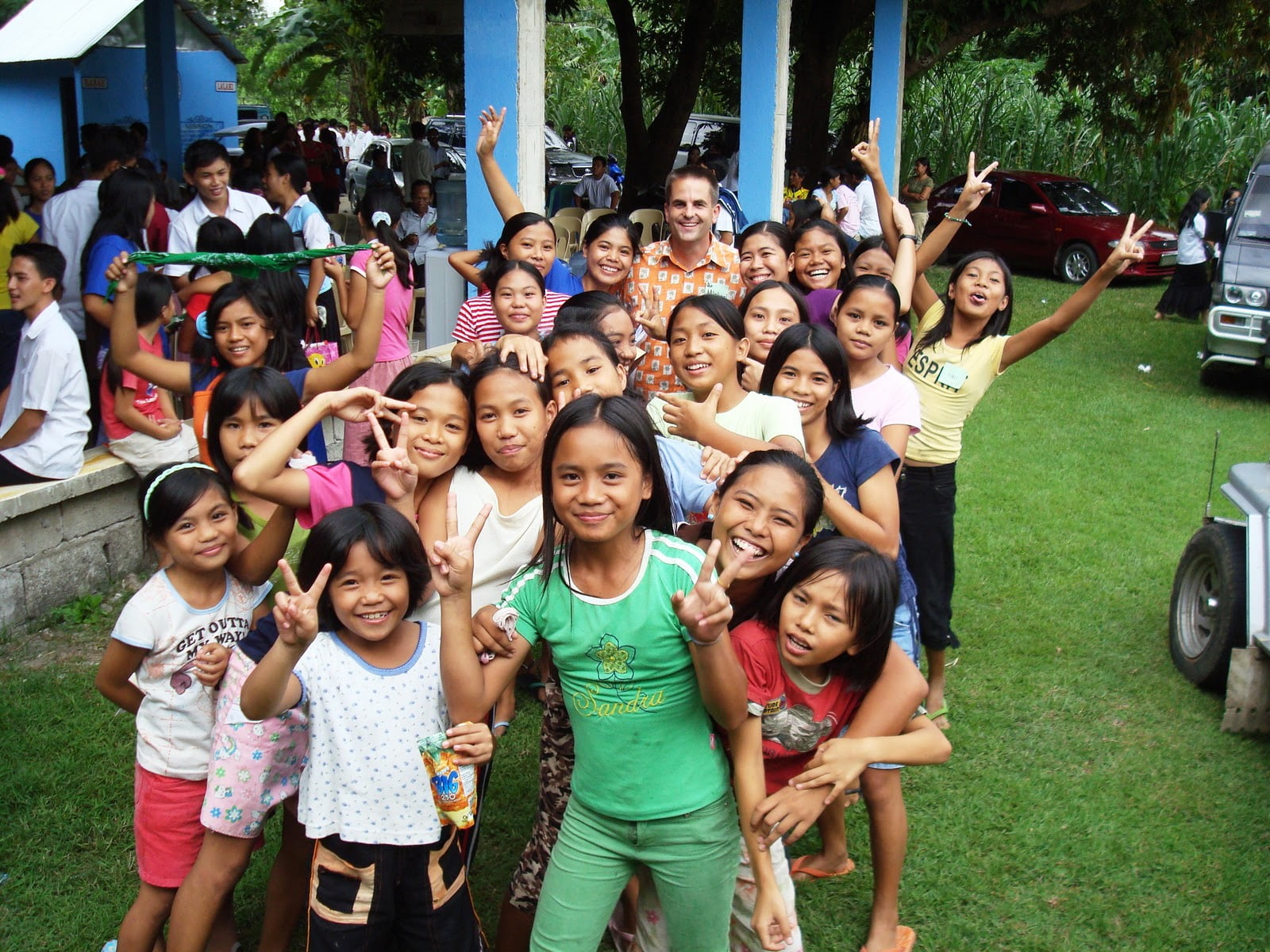 I recently read a story by Rusty Ferguson who is the owner of the website  Cebu Experience .   He has an article in there that interested me enough to prompt me to write my own version.  He was writing about how friendly the people are in the Philippines.  Click here to read what he had to say.  It’s a very good post and it is all so true.

I remember my first encounter in the Philippines with a person that called me “friend”.  It was on a ferry boat on the way to Cebu.  My first experience was kind of funny really, but if I did not already know about such things, I could have been suckered in.

Although I was on the ferry with my extended Filipino family, I was kind of off by myself, trying to get some space.  It is crowded in the area of the ferry boat that has all the bunk beds.  At least it was crowded for me, because that’s when I weighed well over 300 pounds.

This guy walks up to me and says, “Hello Friend”.  Not wanting to be rude, I acknowledged his greeting with a simple “Hello”.  He then got into how difficult it is to find your way around in the Philippines and that he was an excellent guide.  I, of course, do not need a guide because I am with about 30 people from my Filipino family.  I sense this guy is just stringing me along, but I humor him, just in case.

After a few minutes of talking, a couple of my cousins walk up and ask how things are going.  This guy asks if I am with them and I say yes.  I am here with him, him, him, her, her and about 1/2 the people in this area.  This guy left without saying another word.  My wife, cousins and some of the nephews and nieces were laughing because they knew that this guy was trying to pick me up and probably try to rob me once he got me away from here.  I figured as much, but I wasn’t falling for it anyway.  I actually was waiting to see his face when he found out just how many people I was there with.  It was pretty priceless.

I have lived here since May 2010 and that was the only negative encounter that I have had with a Filipino since I’ve been here (besides the cutting in line) and that was not so bad.

As Rusty says in his post, most Filipinos are friendly, just shy around the foreigners because they are unsure of their English speaking ability.  Some of them may of had a bad experience with a foreigner and think bad about them.  Wouldn’t it be great if you could be the person that changes their life and gets them to trusting foreigners again.

Remember that when you are in a foreign country, you represent your country, you are your country’s Ambassador.  People have a tendency to judge all foreigners by the act of one foreigner.  It’s not right, but it does happen.

Although we live about a mile from downtown Calbayog City, I sometimes like to walk there or walk back.  I have not yet done both.  I’m always on the look out for a new restaurant, store or hotel that may have popped up.  On the way to or from I must pass through Barangay Rawis.  Most of the people, especially the children, are not so use to seeing me as they are here in Barangay Bagacay.  I get plenty of stares, which is pretty normal and I also get a lot of greetings.  Some of them only come in forms of a smile, but I still get one of the most standard greetings from a Filipino that does not know you.  That greeting is, “Hello Joe”.  Now I will tell you that I am guilty of usually not responding to the ones that say that.  After reading Rusty’s post though, I may start responding.

It always seems that it’s the children that are saying “Hello Joe”.  To me, that always seemed disrespectful.  I guess I’m a bit spoiled though because my Filipino nieces and nephews here call me “Uncle John” or some of the older ones call me “UJ” (a nickname started by my US niece Jaclyn Mock that just kind of stuck).  I’ll bet that most of the children here do not even know that the term “Joe” is derived from the term “GI Joe”, which became popular during WWII.  That war was over before most of their parents were born.  It is probably just something they learned from their parents, who learned it from their parents.  Anyway, it just bothered me that this children were calling me that.

Usually I will either not answer at all, which I really don’t want to do, or I will just tell them, “No, not Joe, Uncle John”.  Now sometimes when I’m walking through Rawis, I will hear a youngster or two say, “Hello Uncle John” and I will answer them every time.

Now, as Rusty states in his post, sometimes people that are being friendly, usually by saying, “Hello Friend”, they are most likely trying to sell you something.  That’s not unusual though.  That happens in every country.  You just have to be alert and use your common sense.

All in all I think that Filipinos are some of the nicest people in the world, although there are some bad seeds, but what country doesn’t have those.  I feel safer walking around here at night then I would walking around downtown Houston, New York City, Los Angeles, the east side of St. Louis, the south side of Chicago and many other places in the United States.  I just mind my own business, I don’t act like a jerk and if I have large amounts of money (which is rare), I don’t flash it around.  You see, just common sense.

To anyone that is thinking about retiring here in the Philippines, please don’t go by hear say.  For the best information check out the blogs of the expats that are already in the Philippines.  If you can find one that already lives in the area you think you want to live, that’s great.  I think just about any of us will be able to assist you though.  We know the facts about what is and what isn’t.  Come take a look for yourself, but don’t forget to bring your common sense.

(this website makes some good points and starts off in French, but switches to English – feature picture from here)