[smartads] I was talking about the good stew that I made and ate at the end of the last post.  Explaining although it was good, it’s wasn’t as good as the meal we had at Marcial’s Grille.  I was already, in my mind, making plans for another trip there, when I got another invite too.  Those stories in later posts, but for now …

according to my untrustworthy clock out here in LolyKat, it is 0843.  I’ve been out here for about 15 minutes.  I’m hoping that Lita will feel up to taking a turn or two out here today because I don’t think I’m up to an all day session again.  Since she does seem to be feeling better, I think it will happen.  When I’m on some of those breaks, I’m working on the blogs, but I’ve had less time recently and I’m  still 3 days behind on them.  I need to find new information for my new blogs and they are hard enough to find information on, especially the Calbayog Corner, but that’s why I started them.  I wanted for browsers and readers to be able to find information on Samar and/or Calbayog in one central location so they would not have to be prancing all over the Internet looking.  I should have stopped by the tourism office downtown while I was there, they might have been able to make things easier for me, but they do have their own website.  I’m sure they wouldn’t mine me helping to spread the good name of Calbayog around though. 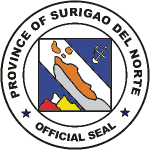 Surigao del Norte is a province of the Philippines located in the Caraga region in Mindanao. Its capital is Surigao City.[1] The province consists of two major islands—Siargao Island and Bucas Grande Island—in the Philippine Sea, and a small region at the northernmost tip of the island of Mindanao. This mainland portion borders Agusan del Norte, and Surigao del Sur to the south.

Surigao del Norte is the second northernmost of the Mindanao provinces and is an important transportation hub between Visayas and Mindanao. Numerous ferries cross the Surigao Strait between Surigao and the island of Leyte carrying vehicles and passengers between Liloan in Southern Leyte and Surigao City. 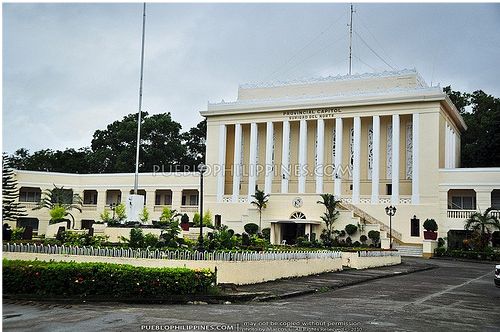 It’s only 0900 and the pancit is gone already.  It’s for sure our #1 seller and the people that taste it swear it’s the best they’ve had around here.  Actually with the right ingredients, Lita can make it better, at least according to my taste.  I wanted them to start making more pancit, since it usually goes so fast, but that ‘usually’ means that sometimes it doesn’t go.  According to Lita, the reheated pancit is not near as good as the original.  I wouldn’t really know, because when I ate it in Texas, there was nothing left to put in the refrigerator to get cold.  So when she makes more and it doesn’t sell, she has to eat it or give it away to someone here.  That loses money.  I wonder if it’d be okay to mix the old with some new?

Sad thing is that the amount she made for just us two to eat is about how much she makes to sell here.  I ate most of the pancit myself, which helped in my getting up to 330 lbs.  Now at about 265lbs, I eat less and usually better.  I still need to lose another 66 lbs though, at least, before I will be truly happy about my weight.  At least that’s my avenue of thinking right now.  It could change as I lose a little more weight.  Lita likes me at 250 lbs, but I’m thinking 220lbs is more likely.  I’m want the 199 lbs though, just to have that “2” change to a “1” again.  It’s been a very long time since I’ve seen that.

Last night I put on a 1X shirt and it pretty much fit.  It was a little tight and showed off my big belly a little too much for me, but if I can lose another 15-20 pounds, it should be fine.

Here comes the rain again.  It’s just a slow steady rain, so it’s not enough to keep people away. 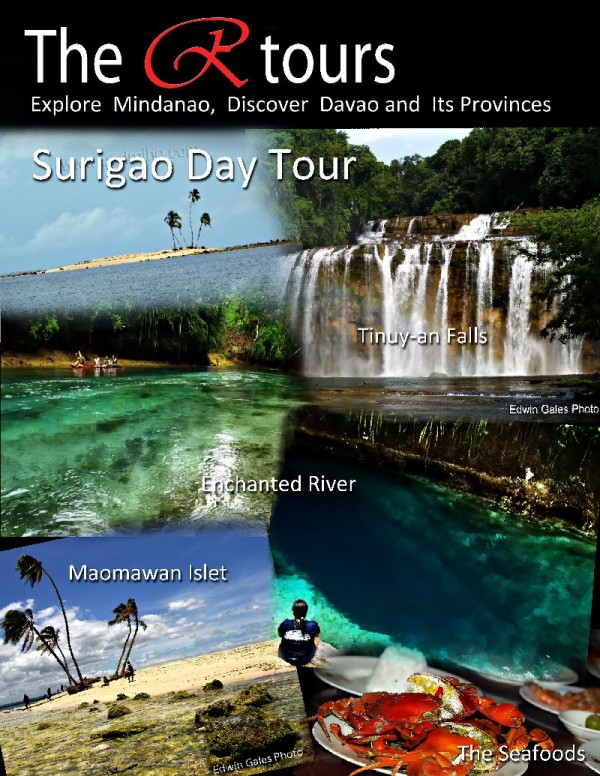 This old lady came by acting a little strange.  I got Vicky to find out what she wanted.  Whatever they were talking about, it slightly aggravated Vicky, but she didn’t show it to the lady.  Vicky went back into the house still talking to this lady or herself, I don’t know.  As the lady was leaving, she all of a sudden acted like she wanted to buy something, but Vicky must not have came back out of the house fast enough for her, because she gave a flip of the hand (not finger) and just left.

It’s almost 10:00, where’s Lita?  I’m hankering for some of my tomato sandwiches.  I could go make them, but I’d have to leave the store unattended and listen for someone to yell out.  That’s not my style, although I have very little style anyway.

Lita ended up coming out about 10:30 and by 10:35 I was in the house making those tomato sandwiches.

Lita decided that she still wasn’t up to staying out in the store and she ended up going back to bed after only about an hour.  So it’s 11:30 and I’m back in the store.  Some of the children are running around making a lot of noise.  Just another day in the life of A Texan in the Philippines.

I suppose that Lita being sick affects Vicky more than it does me, work wise.  Vicky now has to prepare the meals, cook the meals, serve the meals and clean up after the meals all by herself when Lita is down and out.  I’m glad when she finally gets an opportunity to sit down and rest a little bit.  Not too long though.

All the morning food was gone by noon and the Nature Spring guys showed up around 12:15.  They just drove to the eating place next door.  The one that I had the picture of the dog eating the food.  They have since gotten a display case and someone sits out in the store most of the time now.  Those Nature Spring guys will find out that the food there is not as good as the food here though.  Maybe that’s a good thing.  Now they will know for sure that our food is better.

Lita just brought me about 1/4 a cup of calamansi juice (the little Filipino lemons).  I like drinking that stuff straight.  It has a powerful kick to it.  I’d like to try it in a glass with some mineral water and some crushed ice.  It’d be some awesome Filipino lemonade. 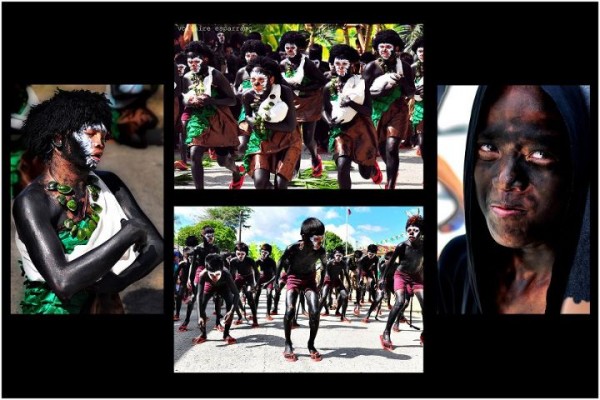 I gave Lita enough money to buy a large bag of charcoal.  She says she will get it in the morning at the Farmer’s Market.  We are suppose to be getting a new tank of propane today, the one we have now is almost empty.  I want to have the large bag of charcoal so Vicky can use that to cook outside in the dirty kitchen instead of using up all the propane in the house.  When we both use it, it drains too fast.  She has to cook and I have to cook my special stuff.  When I’m the only one using it, it lasts about 3 months.  When we both use it, it lasts only about 1 month.

There is another wedding at the Ciriaco Hotel today.  I wonder if they are having the wedding and the reception there?  It seems that people often leave in vans, but maybe they are rented vans.  Maybe they just have the reception there and not the wedding.  I don’t know, I’m not invited.  I do know that if I was going to have or plan a wedding, I’d probably go to the Marcial’s Grille to have it.  They have a nice reception center on the 2nd floor and the 3rd floor is a patio with a view of the ocean.  Besides, to me, the food is much better at Marcial’s Grille.

I think that later I’m going to fry up one of the smaller sweet potatoes and the rest rest of the stew from the other day.  It’s 2:40pm now and those tomato sandwiches are about 4 hours old, but I’m still not that hungry.  I’ll cook those sweet potatoes around 5 or 6pm.

If she doesn’t come to watch the store tonight, I’m going to close up early again.  I’ve been the only one out here ALL YEAR and I’m tired of just sitting here when I could be in the house on the computer, watching TV or sleeping.  I might even just close for a couple of hours in the middle of the day if I get too tired of being here.  It’s not like the boss is going to get mad cause I’m the boss.

I wanted Lita to fry some okra, but we can’t seem to find cornmeal here.  Lita said she could use flour, but we ran out of flour.  Maybe tomorrow.  I want to fry some okra with tomatoes and onions.  Now if I could just get a good steak and some mashed potatoes to go with it, I’d be living the high life. 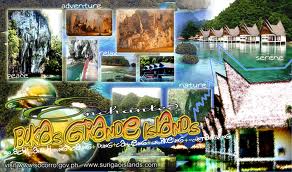 I finally got a maxed out score on this Cribbage Solitaire.  I got exactly 121 points, which is just ‘out’.  It’s the first time since I’ve been here I’ve been able to do that.  I did have 119 points once, but rarely do you even get that high.

Lita did come out here for about an hour.  It was long enough for me to cook and eat my dinner.  I had just want I said I would, stew and fried sweet potatoes.  When I made the 2 sandwiches of the potatoes I also added some grilled onions and lots of grilled peppers.  At the last minute I also decided to cut up a couple of tomatoes and mix that into the onion/pepper mixture.  It was good.  Something else to remember.  I now have no more onions, potatoes (regular) or carrots, but Lita should be buying some at the market in the morning.

There’s something going on at the Ciriaco tonight.  There are lots of vans and tricycles parked out front, plus POV’s (personally owned vehicles (in this case)).  There is music coming from inside, but the party lights upstairs are not flashing.  I don’t know what it is, they didn’t consult me on this one.

A couple of ladies from the Ciriaco stopped by to by cigarettes and said that it was a wedding reception going on there.  The music is coming from Cafe Elsa, not upstairs.  Both of those ladies stood out in front of the store and smoked those cigarettes and one of them coughed half the time she was there.  She might need to see a doctor about that.

Filipino Quiz:  How many provinces are there?

Texas Quiz:  In what town is the Inner Space Cavern located?

Useless Knowledge:   If Earth were the size and weight of a table tennis ball, the Sun would measure 12 feet and weigh 3 tons. On this scale, Earth would orbit the sun at a distance of 1,325 feet.

2 thoughts on “Calmansi for the Pancit Marriage”