[smartads] Upon the completion of the last post I was praising the food at Marcial’s Grille here in Calbayog.  That has not changed.  I may be getting an opportunity to visit again before I expected though.  More on that in a post later.  As of right now, it’s 4 Jan and this day did not start out so wonderful because….

Can you believe this crap?  Another scheduled 12 hour brown out (0600-6:00pm).  Titing told me that they will be scheduling a brown out every Wednesday for 12 hours until they fix a problem they have or upgrade something, whatever it is.  I hoping it’s an upgrade, but I’d bet money it’s a problem.  I have no idea what the deal is but it doesn’t matter.  There is no excuse to have the power out for so long so often.

According to my ‘non-electric’ clock in here, it’s 0647.  Yes I am in LolyKat already.  I figured, “What the heck, I ain’t doing anything else”.  After all that food I ate last night, I don’t feel much like eating, although I am thirsty, but that’s normal for me, I’m thirsty a lot.

The banana ‘stealer’ is here already this morning.  We didn’t have the banana’s out yet, but we offered her some anyway.  She almost didn’t take them because she wanted to take them out of the bunch herself.  Lita finally convinced her to take them anyway. 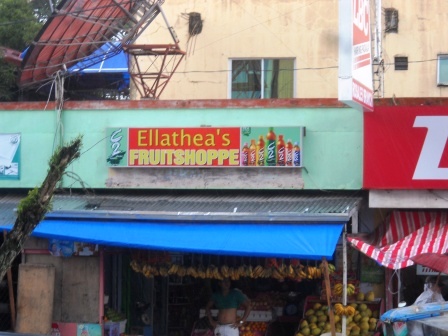 It’s pretty hot out here in this concrete building without a fan.  At least it’s raining outside and I don’t have to put up with the hotness of the sun.  It’s only misting right now, but I hope for a harder rain later.  I think I’m going to get the portable fan anyway.  Wait ….  Wait ….  Okay, I’m back and this fan feels good.  Not as good as the big fan, but definitely better than nothing.

Lita went back to lay down.  I feel like it myself, but I guess I’ll stick it out here a little bit longer.  I tried to sleep with my head on the table, but it just wasn’t working out.

Filipino Quiz Question:  Which Filipino boxer is known for his nickname “Pac-Man”? 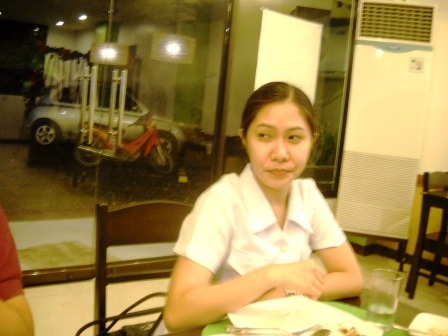 Lita informs me that they now have a dog catcher here in town.  I haven’t really noticed because after awhile the stray dogs just become part of the environment unless they are fighting about something.  I’ll look today and see what I notice.  That velvet looking dog usually comes around looking everyday.  If Lita leaves food for that stupid cat out there and that dog comes along, he will pick the whole container up in his mouth and walk off with it.  If you don’t stop him, he’ll just take it and you’ll never see it again.

Sometime before now, now being 2:46pm, I let Lita watch the store and I took a nap.  I have no idea what time it was, I was just tired.  Lita is now ready to go downtown.  I wonder if she will stick to the list this time?  I’m just finished reminding her to do just that, stick to the list.  When she goes downtown she prefers to take the slower pajak-pajak versus the faster tricycle.  She’s been waiting about 5 minutes and a tricycle just dropped someone off right in front of her.  The convenience was just too much to pass up … there she goes. 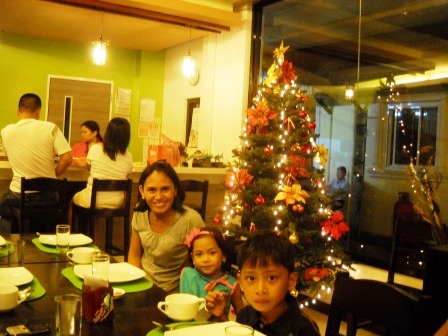 Cathy is up here with all 4 of her children.  I need to close and lock the door when they are up front or they will come in the store and take over.

Jay is home from school already.  That’s about 3 1/2 hours earlier than normal.  Julianne is with him.

I’ve only seen 3 stray dogs today, one of them being the velvet looking dog, in fact he is walking by now.  That’s about 1/2 of what I normally notice, when I’m noticing. 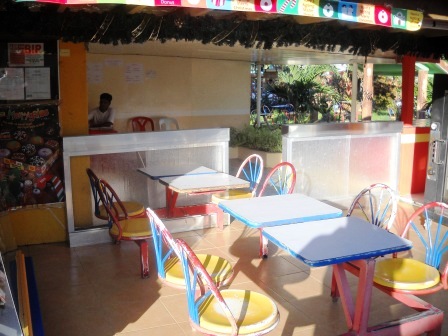 We made it all the way to 5:30 and still no electric.  Lita is back from downtown, but she didn’t get any groceries because the store she goes to is in the process of moving everything to a new location on Nijaga St.  They said they do not want to go to the new wet market because the prices for the stalls were too high.  I guess they figured renting a whole new store was better for them.  Supposedly they will be set up and ready for business tomorrow.

I had the cooler plugged in waiting for the electric to come back on, in case it came on early, but it doesn’t look like that will be happening today.  I just unplugged it.  By the time the drinks got cold, it’d be time to close the store anyway.  Might as well save what I can on the electric.

At 5:45 Vicky is heading home because all the food sold and she was finished cleaning up the dishes.  Only a 12 hour, 15 minute day for her today.

By the clock here in LolyKat it is 6:00pm and the lights just this second came back on.  Lita was just telling me to close the store because there are no lights anyway, when the lights popped back on.  I ended up closing early anyway, but not until 6:45pm.  Just as I was closing, 3 customers showed up so I made sure they got what they wanted before I actually closed down.

I finally got to eat some of that stew that I had made before the sudden invite to the Marcial’s Grille.  The stew was good, but not as good as the food we had at the restaurant. 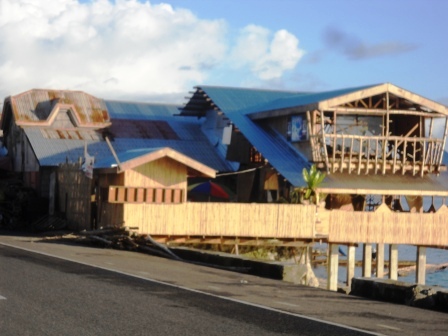