[smartads] During the early morning hours, 0030-0130, I was helping Rich, my new host.   I was transferring data to him and setting up Skype to communicate with him.  He doesn’t use or even like Messenger.  Heck, the doesn’t even really like Yahoo.  I had Skype on my computer before but ended up taking it off because I wasn’t using it at all.  That was only about 2 weeks ago that I deleted it.  Now that I see Skype in action, I like it.  I can have both Skype and Messenger at the same time, so I’m even happier about that.  This morning I logged in and did the, hopefully, last bit of help to get everything transferred.  We’re in a waiting period at this time.

Ligao City is a 4th class city in the province of Albay, Philippines. According to the 2007 census, it has a population of 101,179 people in 17,031 households. Ligao City is strategically located in the heart of the Third District of Albay. Ligao City is a newly created city being born only last March 24, 2001 during a plebiscite with an overwhelming Yes vote of 17,754 as against 1,387 No votes. It was created by virtue of R.A. No. 9008, signed by President Gloria Macapagal Arroyo last February 21, 2001, known as an Act Converting the Municipality of Ligao into a Component City of the Province of Albay, the third city of the province and the sixth city in the Bicol Region. 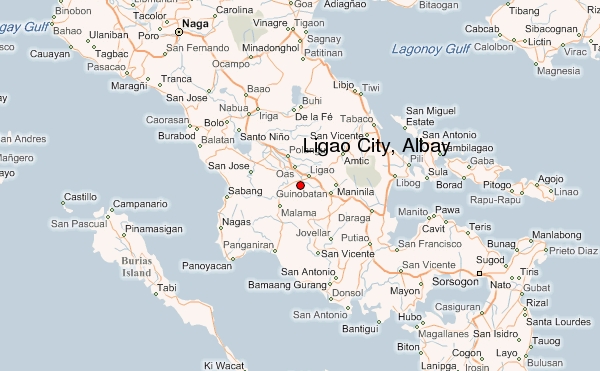 The name Ligao is derived from the local word “ticao”, once an abundant tree whose poisonous leaves were used to catch fish in rivers or creeks. Most Ligaoeños, however, believe that the name Ligao was originally “licau” which means to take the long way around or to turn away from the ordinary or usual route.

Ligao started as a small settlement known as Cavasi in the 16th century. 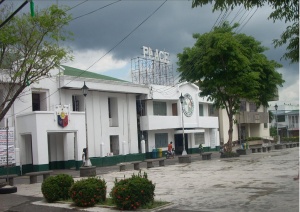 I had a friend, Dave at Philippines Plus, explain a little bit about e-books to me in a short e-mail and at least I understand it better than I did before.  He told me of an easy place to change a word file to a PDF.  I have not tried it yet, but I will.  If that works, I will have the 1st of 3 steps figured out on how to get an e-book published.

Right now it’s 11:00 and I’m in LolyKat.  Lita has been out since 0400 and she had to take a nap.  I had 3 cucumber and tomato sandwiches for breakfast along with the rest of Lita’s Mountain Dew.  I’m drinking a cup of joe (I’m more incline to believe the second version of the explanation) at the moment.  There is no more of the extra strong stuff so I’m just drinking it regular with cream.  It seems too weak now.  I’ve got a feeling that I will be doubling up on my packages of instant coffee to get the same taste that I like with the extra strong stuff.  It seems that if you get it fresh brewed around here, you don’t have to worry about it being weak.  I’ll have more experience with that when I make my trip to Bo’s Coffee early next month. 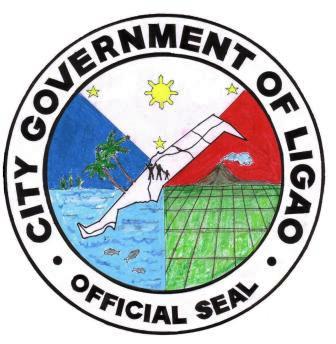 Lita wants me to ask my brother if we can stay with him while we are in Texas.  He only has a 1 bedroom apartment, but he always sleeps in the living room on the sleeper sofa.  I don’t even think he has a regular bed.  We would use our queen sized air mattress to sleep on.  We figured it’d be less expensive if we can do that and we would pay his rent and electric while we are there.  He stayed with us for many years, so he probably wouldn’t mind letting us hang out there for about 9 weeks.  We probably wouldn’t be around in the apartment very much anyway.  I think there is a limit to how long he is allowed to have guests in the apartment though, so I have to check into that first.  We have had 3 different friends say we could stay with them too.  We could stay with them for little or no money also, but my brother just had that operation and he could probably use some help with his finances for a little while.  We don’t really like to stay with other people, we’d rather have our own place, but that would be hard to do unless we both went to work while we were there.  That would be fine, but one of the reasons I came to the Philippines a year earlier than I wanted to was because I could not find a job and I got tired of having to live off the government.  So who’s to say that I could even find a job while I’m there?  My retirement check is pretty good here in the Philippines, but in Texas it wouldn’t last very long if we had our own place.  Without any other money coming in it would be next to impossible to survive. 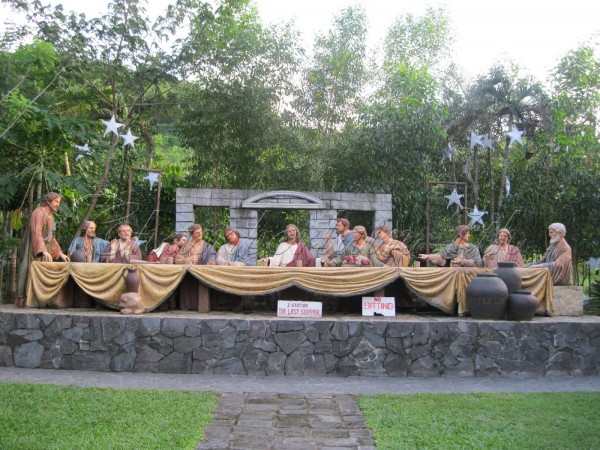 bicoltourism.blogspot.com (I couldn’t get this site to load, but maybe you can)

I’m trying to get to Texas before the NFL Draft starts on April 26th, but I don’t have the flight schedule from Osan to Seattle.  I have e-mailed them again, but I still have not received anything.  The first couple of times I e-mailed them, they answered quickly so I don’t know why the delay this time.  I want to stay in Texas until after our son’s birthday (2 Jul) and Independence Day.  Independence Day is on a Wednesday this year, so I figure, depending on the Southwest Airline schedule and the Seattle to Osan schedule, we could be out as soon as 5 July and no later than 9 July.  It looks like we will be buying all one way tickets for the ones we do have to buy, but I have checked and at least 3 of the 4 sets we have to buy will be at sale price.  Maybe all 4 of them will be.  I’m just not sure of the last one coming back from Osan to Cebu (or Manila), but Cebu Pacific has constant sales, so we could probably get one.  We hope to spend a couple of days in Korea on the way back anyway.   At any rate, by that time, I should have a good idea of the flight schedules and will purchase all the return tickets online during any sale I happen to see.

At the time of this note taking, I was feeling bloated again.  The last time I weigh, on 14 Feb, I was at exactly 122 kilos (269.5 lbs).  That’s a little up from previous weights, but still far from the 330 lbs I started out at.  I’m still hoping the new RFM will transfer their fitness center over from the old site.  They are still not open yet, but I think I will walk by and take a closer look at the different businesses there to see if one of them could be a fitness center.  I hope I remember my camera.

Lita has let me stay on the computer more and more recently.  If the money ever starts coming in with this thing, I’m sure she will let me stay in here even more.  Even if I don’t have to do much of anything, she doesn’t know that.  Of course I will take advantage of anytime I can get to improve the site though. 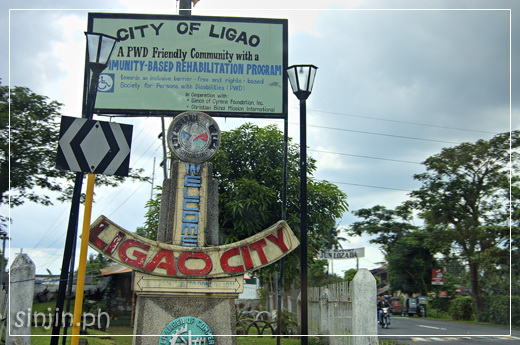 When we were transferring to the new host, he found a couple of plug-ins I had that was slowing the website down.  I have deleted those so I hope that it makes an improvement in your performance.  The Poll and the Comments were the 2 that were slowing us down.  Actually there was a 3rd, but it was one that y’all never saw.  It has been deactivated and will probably be deleted soon also.  I went back to the old comment plug-in.  It doesn’t look as good, but it doesn’t slow the system down either.  I have noticed an improvement in blog performance on this end.

Remember I was talking about my coffee not being strong enough?  Well I got a 2nd cup and I put 2 packages of Nescafe in one cup along with 1 creamer.  That was more like what I like.  That will be my new standard for instant coffee.  I might be working myself up to espresso’s.

I’m in LolyKat right now and some drunk, crazy old lady showed up and is trying to hit on me.  I did say she was crazy.  She bought a cigarette and when she tried to light it the first time, the cigarette and the match never even got close to each other.  She got it the 2nd time, but it had to struggle with it.  I had to go hide to make her leave.  She was out there dancing and making an attempt at singing “Sex Bomb” (http://youtu.be/6KUJE2xs-RE).  I had to leave the store and hide to make her go away.  I went to tell Lita and she thought it was funny, after she figured out it was the crazy lady. 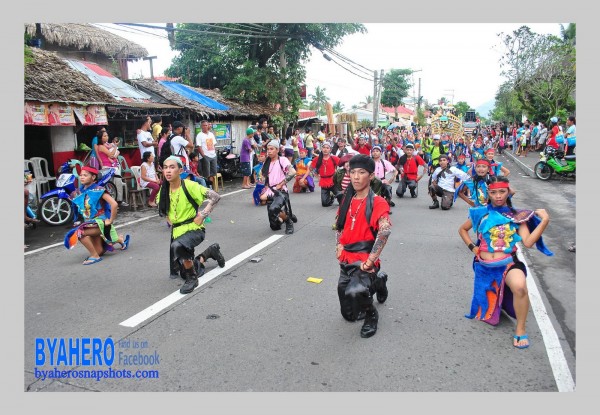 I closed the store about 6:30pm.  I got tired of sitting out there.  I have not eaten too much today and I don’t feel that hungry.  Maybe it’s the coffee that’s making me not feel so hungry.  If that’s the case, then I should have began drinking coffee a long time ago.

Useless Knowledge:  Greek conqueror Alexander the Great ordered his entire army to shave their faces and heads. He believed beards and long hair were too easy for an enemy to grab in order to decapitate his victim.

1 thought on “Coffee for the Sex Bomb Lady Please”