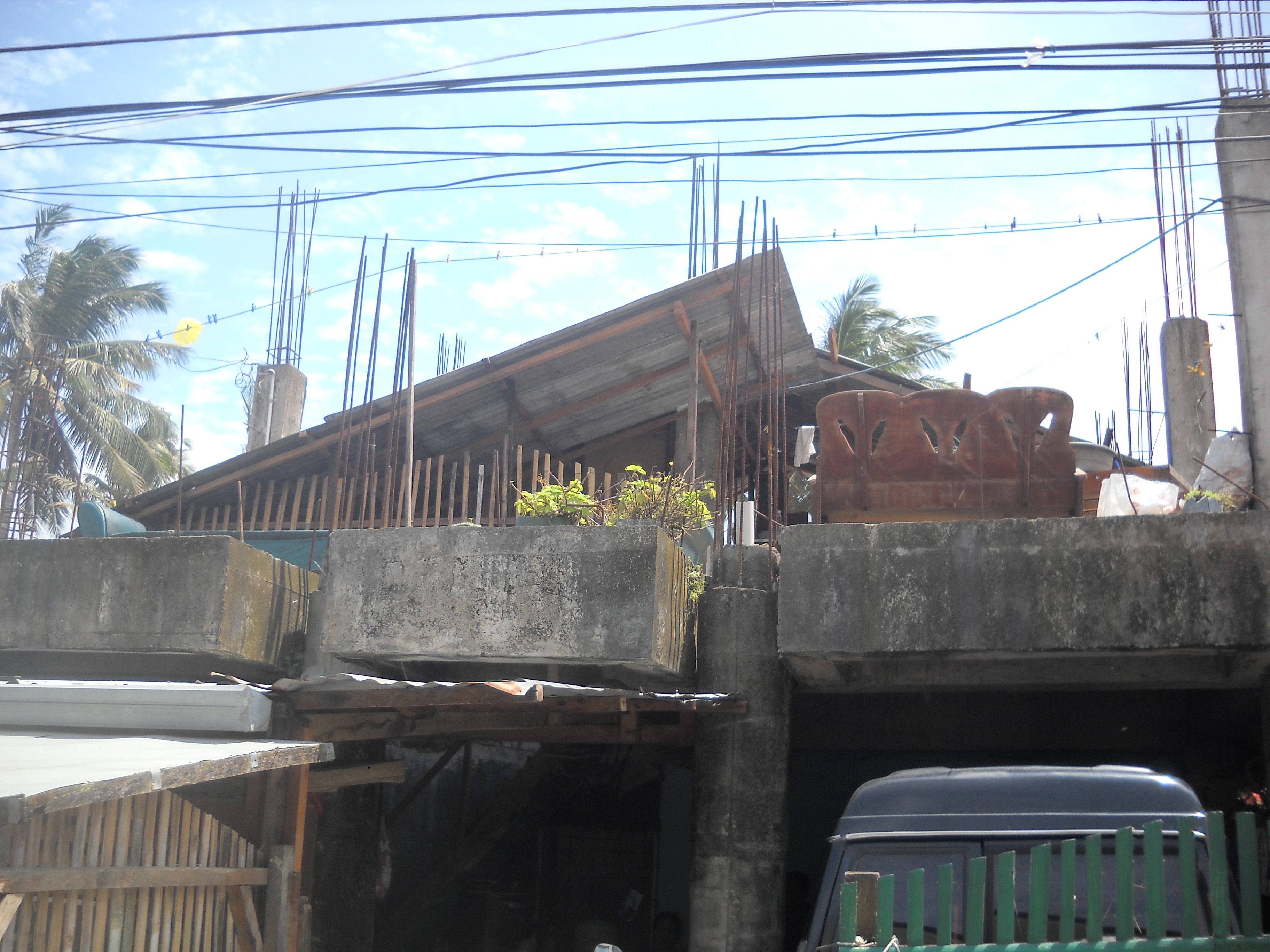 [smartads]  So after we returned from our ‘vacation’ on 29 Jul, we had to once again ride on a Grand Tour van to head back to Tacloban City to shop at Robinson Mall.  Our refrigerator and freezer were bare.  In fact they were unplugged and cleaned out.  No one was using them while we were gone.  Personally I doubt I could last long without a refrigerator, but I guess you never know what you are capable of until you are put in a situation where you have to do without something you have grown accustom to.

Just as soon as we walk into the mall, and Lita makes her usual trip to the CR, we are confronted by some salesmen that are trying to sell something that we do not need.  I actually don’t even remember what it was, because it was so useless to us.  However, they really got Lita’s attention with the promise of ‘free’ cookware.  I told them and her that we don’t want anything, but Lita decided to listen to what they had to say.  I didn’t want to listen so I just walked off because I knew she had enough common sense not to give out any information or sign anything.  I stayed in the vicinity just in case she called for me to help her get away.  It was 3 salesmen versus Lita, but I had my money on her.

After about 20 minutes of waiting and watching, I decided that was enough.  I went in to get her.  They had her surrounded by boxes that were suppose to be the ‘free’ things she would be getting.  I went over, moved the boxes, told her it is time to go, took her hand and left.  They were still trying to get us to return.  Whatever that thing was they were trying to sell us, I could find out by asking Lita, but she’s touchy about the subject, so I’ll avoid it.  Whatever it was, the cost was P60,000.   Oh, and all those boxes of ‘free’ things?  They were empty.  I thought maybe they were just showing her a picture of whatever is ‘free’, but I don’t remember seeing any pictures on the boxes either.  The only thing they got out of us was her name and the fact that we live in Calbayog City in Samar.  That information shouldn’t do us any harm.  Junk mail can be tossed easily.

After our escape, we headed to Shakey’s Pizza to eat.  We always like to eat before we go shopping.  When you feel full, you buy less.  It’s a proven fact and it definitely works for us.  They had lasagna on sale, so I got that along with another pasta dish, but I don’t remember the name of it, some macaroni dish.  The lasagna was good, but it was mostly cheese.  The macaroni dish actually tasted better to me.  And yes the both had ‘beef’ in them and it tasted okay.  Lita got a variety plate with pizza, spaghetti, potatoes and a couple of other things I don’t remember right now.  She ended up giving me her potatoes and a slice of pizza.  To drink I tried their ice tea there, for the first time, I usually have lemonade, but they stopped serving it there.  I got the bottomless drink for unlimited refills, but I didn’t like the ice tea.  I told the waitress and she let me exchange it for Coca-Cola.   With the lemonade I usually end up drinking 7 or 8 glasses, but with Coke, I can only manage 5 or 6.  I guess its the bubbles that make me feel more bloated.  Lita just got a single Sprite and I had to help her finish that.

Now it’s time to go grocery shopping.  We normally spend only between P4000 and P5000, but we went a little overboard today.  Of course 2 of the items alone cost us almost P2000.  Lita wanted to buy a container of Ensure, which was over P700.  Also we bought a 25 kilo bag of Jasmine rice.  We put this rice in a large Tupperware container in the bedroom for our use, well mostly my use, because Lita will eat the same rice as the others, even though she prefers the Jasmine.  I can eat the other rice too, if they don’t get one that is too cheap, but why do that when I can get the one I like?

End of notes.  I’ll continue from memory.  I’ll be sure to start note taking as of today.  I’m going to start doing bullet statements and just expand on them, instead of taking a lot of notes.  I don’t always go exactly by my notes anyway.  If I use the bullet statements, then I can use my babbling powers to try to give y’all a much wider perspective on what’s going on.  Maybe too much in some cases.  I did remember put additional notes on each of these pictures on this post, so be sure to check those out.

So we get up to the counter and the total comes up to over P6000.  Lita only gave me P5000 in my hand, so she has to dig through her purse looking for another P1000 plus.  We are holding up the line, and I hate doing that.  She has already got the money set aside for our trip back, so that is not a problem and we can’t dig into that.  Finally we come up with enough and we did not have to send anything back.  I hate having to do that also.  The guy packs our stuff neatly and got most of it in 1 box, obviously not counting the rice and a few other items that were put in a bag and then another bag.  The bagger goes to get us a cart that we can use to push everything to the front of the mall to get a taxi.  Cool, tip for the bagger.

Before we went outside, I let Lita watch the groceries while I went to get some Dunkin’ Donuts (again) for everyone back here and also get a pizza to bring back for them.  I ended up getting 2 small pizzas.  One was pepperoni and the other bacon cheeseburger.  While the pizzas were cooking I went to get the doughnuts.  I was done with it all in about 20-25 minutes, but when I went back out to where I left Lita, she wasn’t there.  That happens often, so I didn’t panic or anything like that.  Everything was gone.  I looked around and found her out front talking to some young Filipino guys.  It turns out that one of them is the cousin of Jay and is from Catman.  He is now a security guard there at the mall.  After a few more minutes of talking, I told her that we needed to get a taxi to the Grand Tour terminal so we could get back before dark.  The total trip is about 4 hours and it starts getting dark around 5:30pm here in Calbayog City.  It was already around 1:00pm now.

We get home without any further incident that I can remember and everyone is happy to see us.  I guess they are really happy to see the doughnuts and pizzas.  I ended up getting 3 of those doughnuts, which is about how many I normally eat in a 2 year period.  I also ended up with the pepperoni pizza.  Turns out all they wanted was 1 ‘small’ pizza.  I’ll have to remember that next time, so I won’t have to eat a whole pizza by myself.  I did eat it over a 3 day period though.  I like cold pizza, although hot pizza is better.

Are you confused about issues with the Philippine Visas.  Check out this article.  It has many of the answers that are easy to understand.  In fact he is the person that I turn to when I have questions about Visas.  He hasn’t steered me, or anyone that of know of, wrong yet.

The 17th Street Canal in New Orleans is breached by Hurricane Katrina, leading to massive flooding and destruction.

The Tandy Center Subway in Fort Worth, Texas, ceases to operate.

East Timorese vote for independence in a referendum.

The Late Show with David Letterman debuts on CBS.

Michael Schumacher wins his first Formula One race at the Belgian Grand Prix.

Azerbaijan declares independence from the USSR.

Tatarstan declares independence from the RSFSR.

STS-41-D: The Space Shuttle Discovery takes off on its maiden voyage.

Thurgood Marshall is confirmed as the first African American Justice of the United States Supreme Court.

1963 – Hotline between U.S. and Soviet leaders goes into operation.

Japan conducts a test of the NAMC YS-11, its first aircraft since the war and its only successful commercial aircraft from before or after the war.

K’inich K’an Joy Chitam, king of the Maya city of Palenque, disappears from history. He was probably taken prisoner by a rivalling city state.