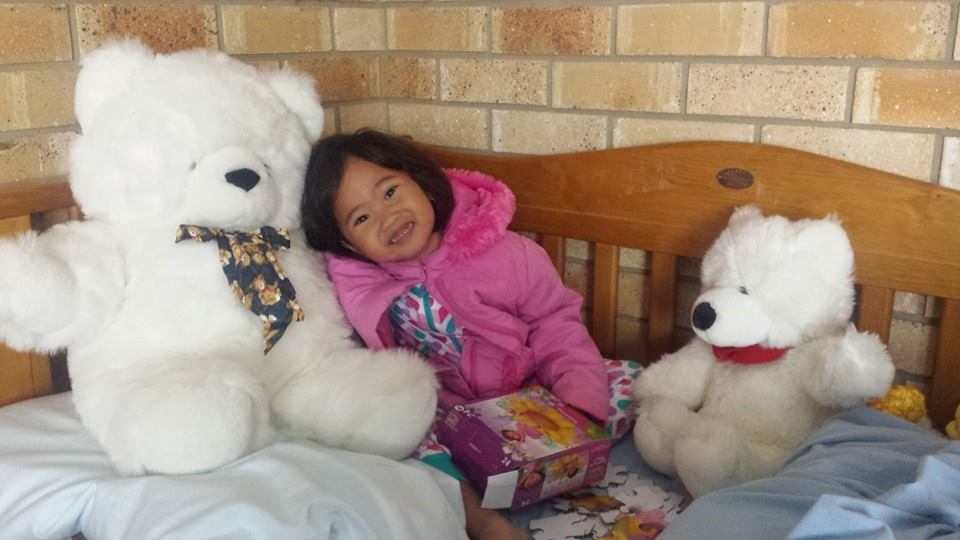 It’s been pretty dead around here recently, but I’m not saying that’s a bad thing.  Sometimes it good to have nothing to do.  Unfortunately I have nothing to do, too often.  I should get out more often, but for some reason I hardly ever do.  All I’m doing here these days is staying at home on the computer and gaining weight.  I still think that if the Ciriaco Hotel would ever get their fitness center built, I would be there everyday, but they have not even started yet as far as I know.  I need to get back behind the hotel to take newer pictures, so I’ll ask when I go there. From what I can see viewing through the front doors, through to the back, they have a few more buildings up.  Maybe some of the cottages are complete and they have the prices for them. I’ll need that to post here too.

Scott Van Torres was by here on 11 March to install a VPN on my computer.  I’ve never had one before and it seems to be doing what it is suppose to.  Some of the videos that I usually can not view because I get the message that the video is not available in my country, I can view now using that VPN.  I’m wondering how it will work when football season rolls around.  I guess I could check it with other sporting events.  What sport season is this?  I only watch the NFL and I don’t keep up with the over sports at all, except sometimes for the Finals/World Series.

Juvic and Samantha were suppose to leave for Australia on the 15th of March, but it got delayed due to the visa paperwork for Samantha.  It was not complete yet.  Not a big surprise in the Philippines unfortunately.  At this point we did not know exactly how much longer it would be before they would actually be leaving, but we are grateful for any extra time we can have with them, especially with Samantha.  Of course we love Juvic too, but she made such a wonderful child that you can’t help but to love her so much.

We now have an official real estate agent in our little circle of relatives.  Robbie finished her classes in real estate and is available to show properties for anyone that is interested.  I’m trying to get her to start her own Facebook page with plenty of pictures of properties.  She says she’s in the process of collecting pictures and will have it started soon.  I hope so.  Once she gets it up and running, then I will let y’all know the location of that page so you can view the properties if you so desire.

The morning of 29 March was the day that Juvic and Samantha ended up finally leaving.  We had them here for an extra 2 weeks.  We know they needed to go, but we wanted them to stay. For me it’s the closest I have come to a daughter moving out.  We only have 1 son, and a son leaving is somehow not the same as a daughter leaving, at least not for a Dad I guess.  I still wish her the best and made sure I told her that if she needs anything that I can help with, just let me know.  Judith (Juvic’s mom) and Lita have been crying often since they left.  Even I get a tear or two when I think about it too much.  It’s something for Juvic to decide though, so we will support whatever she decides is best for her and Samantha.  The pain will ease in time, but we still hope to be able to talk with them via Skype or some other way once in awhile.  Sure it will just make people cry again, but it’s okay.  It’s something we are willing to put up with so we can talk with them.

The morning they left was of course a sad day and Samantha was in a bad mood.  I think because she wasn’t ready to get out of bed yet.  She was grumpy most of the time before the flight left and only wanted to cling to her mama.  Thankfully she came around about 20 minutes before the flight arrived.  It’s the first time I can remember that I was glad the flight was late coming in.  We all got to hug her before she left.  All being Judith, Victor (her lola and lolo), Grace (her aunt), Lita (who Samantha calls Nanay) and me.  Samantha sometimes calls me dada and sometimes Uncle John, depending on whether or not she really wants something.  Dada if she wants something and Uncle John for everything else, especially when other kids are around calling me Uncle John, she just follows what they say.  I answer to both for her.  I also remembered to hug Juvic too before they left.  I don’t want her to think that we won’t miss her also, because we will. We will all miss Samantha more though.  I guess most of us old(er) folks miss the babies the most all the time.

I acquired a couple of videos.  I hope that y’all are able to view them.  They are from Scotty Smith.  I borrowed them from his Facebook page (with his permission).

The pictures for today are of Scotty Smith and his wife (Jenifer) plus some other expats that use to be here for awhile.  They are Rick Smith (now deceased) and his wife (Flor).  Also Cliff Griffin and his wife Mary Grace (I think a cousin of Flor).  Plus some pictures of Juvic and Samantha on the way to and in Australia.

2 thoughts on “Smith and Tears”