[smartads] Right now I’m still up and it’s 0246.  We have a scheduled 12 hour brown out from 0600-6:00pm and I’m trying to squeeze in any and everything I can before then.  I’m looking at new themes and I found 12 of them that I liked out of about 100.  I sent them to Rich to see if they will work for what I want and need to do for this site to get it more organized and start producing some revenue too,  hopefully.

I just noticed that my hit counter has vanished.  I have no idea what happen to it.  It was getting up close to 2.4 million too.  I couldn’t find it anywhere in my site, so I asked my new host about it.  I wanted to know if it’s important to have that hit counter to keep track of the number of hits and visitors.  He said that it is not important to have that and I will not have one on my new theme anyway.  Hey I liked the fact that I could see so many people have visited, but as long as I know one way or the other, it doesn’t matter to me if it’s there or not.  After I get the new theme going, if anyone needs or wants to know how many visitors I have/had, then just ask, I should be able to tell you.  I can figure out why those counters are not so important though because you can go in and put in any number you want to start that counter at.  So people that are just trying to make money and/or deceive you, could put any number in there to make it look like there site is just so popular.  I didn’t/wouldn’t do that though. 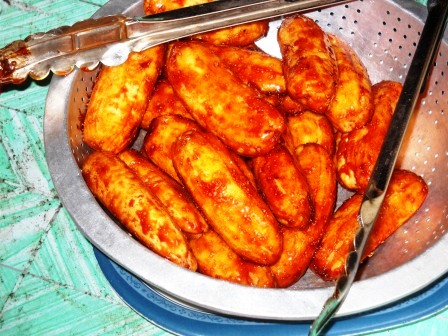 So at 0738 I got up for a CR break and Lita must have thought I was up for good.  She started coming up with things for me to do.  I did a couple of quick ones and tried to go back to bed, twice, but by 0802 I was up to stay because the store was open and things to do kept popping up.  I am now in LolyKat with the portable fan because, as they said, we have our brown out.

Precious came by with a big plastic bag and starting filling it with plastic bottles.  She wants to sell them (and probably buy bubblegum).  How many 2 year old children do you know would do something like that?  She told her brother Khan that if he helped he could get cinco (meaning P5).  I guess she didn’t realize that the number of bottle she had will not get that much money.  She’ll be lucky to get P5 total.  Two kids come by to buy this plastic and I know they are paying less than they will be making.  Heck the kids buying it from everyone around here are only about 8 or 9 years old themselves.  It reminds me of when I was that age and I was selling seeds and greeting cards door to door back in Texas. 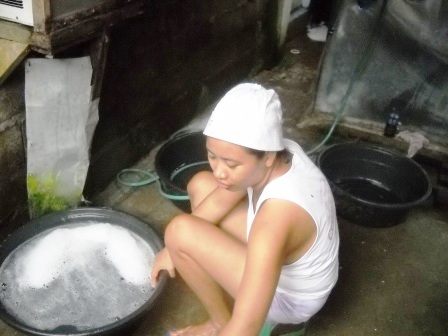 Titing got out his guitar (actually Chatty brought it to him) and he played a little.  Just him playing and singing a little (very little).  There was no sing-a-long or anything like that.  They were talking about getting me to drink so I’ll start singing.  I usually only sing while I’m at the computer and listening to music.  Speaking of which, I’ll ask again, if anyone knows of a place, like Limewire was, that I can download music for free?  I’m not really looking for new music.  I want things from the mid 50’s to the early 80’s.  I’d want the Country, Rock, Pop, Jazz, Blues and even a few of some of the other categories during that time frame.  Just asking, in case one of y’all know of a good place and want to share.

I guess Chatty had a good time at her Jr. Prom, but today she is back to the normal looking Chatty.  Still sweet and cute, just not dolled up and sizzling like in her picture that I featured in yesterday’s post.  I do have a couple more pictures of her before she left.  Here’s one of them. 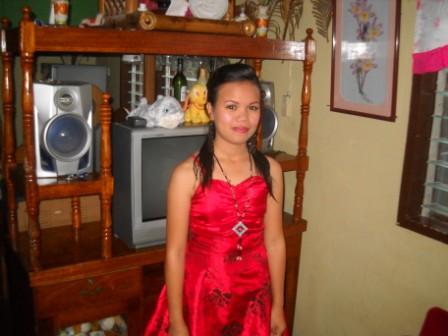 Chatty ready for her Jr. Prom

The day after she got back I ask her if she had to get a man smell off her after she got home, but she said no.  I said, “Too bad, maybe next time”.  She just gave me the funny look that she gives me a lot.  Chatty is a very nice young lady.  I can tell you that if I was close to her age, I’d be asking her out on dates.

The electricity came back on at 5:00pm, an hour early.  Just a couple of minutes before that I was talking to Lita and told her that I wished the electric would come back on early today.  I didn’t even feel like waiting even just one more hour.

I went ahead and heated up that leftover stew and had 2 bowls of it.  There was still enough left over for 1/2 bowl.  That makes a total of 5 bowls worth of stew.  It seems that I told y’all this already, but I don’t see it in my notes anywhere else, so there it is, again (?).

This evening I think I’ve got my new theme for the website picked out.  Now I’m just waiting to see if I can get it.  I’d like to get it for free and if I can’t then I have an alternate theme to try.  The 2nd theme looks basically like the one I have now, but not exactly.  I figured that if I was going to make a change, I’m going to go all out and try to do the best I can for you and for me.  There will be several changes soon, so y’all be on the lookout for those. 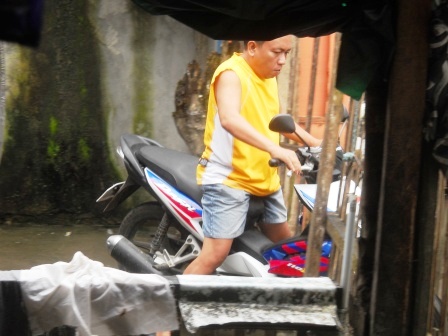 Titing heading out on the Pepsi-cycle

Dang, now it’s 0228, time to shut down and get some much needed beauty sleep.

Usless Knowledge:  The greyhound, the fastest dog, can reach speeds of up to 45 miles per hour. The breed was known to exist in ancient Egypt more than 5,000 years ago.

8 thoughts on “No Lights, No Singing and Cheap Plastic”