[smartads] I guess the beauty sleep I got last night didn’t do any good.  I still look the same as I did the night before.  Oh well, maybe tomorrow.  Getting out of bed this morning was not much of a problem.  I don’t even remember the time, but it doesn’t really matter much, does it.  I know that around 0900 I opened LolyKat and I’m in here now.  I did manage to have a couple of eggs cooked with some onions before I came out, and I have my double shot of coffee with me.

Tabaco City is a 4th class city in the province of Albay in the Philippines. It is one of the three component cities of the province. The mainland part of the city is bordered by the town of Malinao to the north, the towns of Polangui and Oas to the west, Ligao City to the southwest, Malilipot town to the southeast, and Lagonoy Gulf to the east.[1] Beautifully symmetric Mayon Volcano, the most active volcano in the Philippines, lies south of the city. Tabaco is one of the eight towns and municipalities that share the volcano, dividing the peak like slices of a pie when viewed from above. 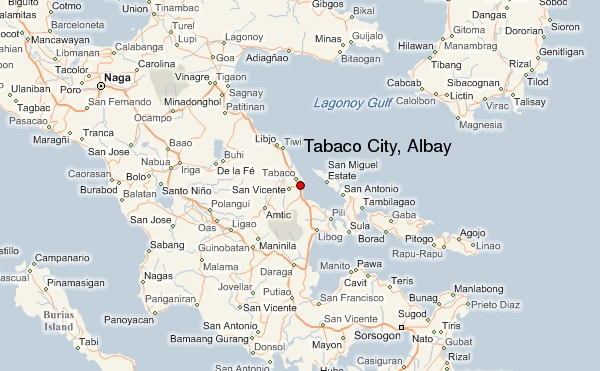 The island of San Miguel, the westernmost of the four main islands in the Lagonoy Gulf, falls under the jurisdiction of Tabaco. Five of the barangays of Tabaco are located on the island and a total of 47 barangays composed the city.

It is not true that Tabaco got its name from “Tabak Ko” which mean “My Bolo”, but from Tobacco or in Spanish “Tabaco”, a primary product of the City in the pre-Hispanic period, unbeknownst to this fact, the Official Seal of the city was still conceived from the “Tabak Ko” legend, and was officially adopted through Municipal Council Resolution No. 29 on February 23, 1966. 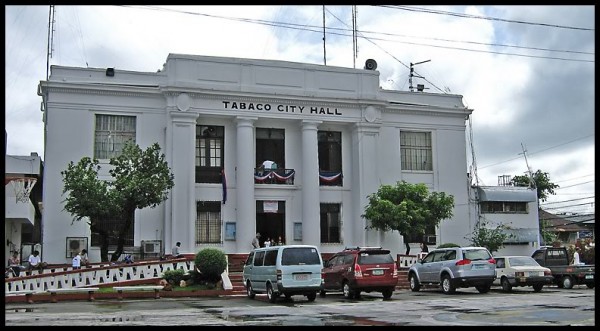 Lita got ready for church, then left at 1008 and the mass starts at 1000.  I don’t know why, something about they just do a lot of talking at the beginning of the mass and she doesn’t like that part of it.  She plans to stop by Judith’s on the way home and also get a few things at the store.  Some of it for the store and some of it for us.  Most of it will be for the store though, like cigarettes because that is our #1 seller.  For the house, I need bread and some vegetables,  then whatever else she likes to eat or wants.

A couple of people stopped by the store today looking to buy cases of Pepsi.  We don’t normally get them showing up asking, so 2 in 1 day is unusual.  I just went to get Titing and told him.  He took care of the rest.  I told him that maybe he needs to get a bell or something at the gate.

Jay is doing his weekly chore of washing the Nissan, enjoying it as usual.  Archie is working on the Pepsi truck out front.  Archie is Sally’s son.  Do you remember Sally, the lady that use to work for us?  She actually stopped by the other day to talk with everyone, but mostly Vicky.  Titing is paying Archie to spruce up the truck and he is doing a very good job.  He washed it and now he is sanding it down and repainting it.  He is a painter by trade, so that works. 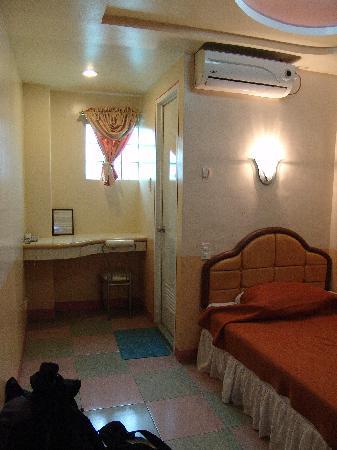 Lita made it back from church/shopping at 1:01pm, exactly 25 minutes later than I estimated to Jay that she would return.

Around 2:45pm I finished cutting up some more vegetables.  I think Lita plans to cook on the grill in the foil today.  That’s good for me.  I’ve still got that 1/2 of bowl of stew left from a couple of days ago too.  She is taking a nap right now though.  I think I will close the store no later than 6:00pm, unless she is up and wants to sit in here.  I need to shave and shower.  I was suppose to do it last night before going to bed, but I got busy, then got lazy, then got too tired to do it.

I hoping for some news on my new theme tonight and then find out the next step I need to take in making this website awesome for everyone.

Lita decided to cook the vegetables with a little chicken in the pressure cooker again.  That means I will have food today, tomorrow and some on Tuesday also.  I added 2 extra ingredients to this batch.  The first being a little canola oil and the other being some seasoning that Lita mixed together.  She found one that she made in Texas.  It was still taped up from the trip, so I hope it’s still good. 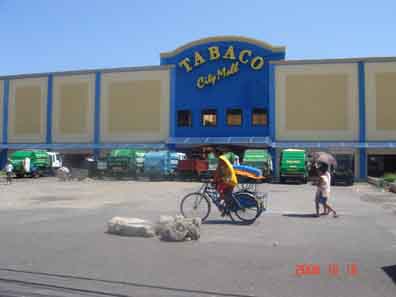 The stew was really good.  I had 2 bowls of it.  Someone put a lot of hot peppers in there though.  Woo! Good and hot.  When it was time to put it away, there was too much for the container, so I had another 2 small bowls, but the second one was mostly broth.

I helped Lita mash some bananas to use for the desserts tomorrow.  We will just put the container in the refrigerator until Vicky gets it out to use.

I closed LolyKat at 5:45pm.  There wasn’t too much activity and I wanted to get in to the computer.

I’m feeling fat again so I’ll weigh myself again in the morning if I remember before I eat anything.  I don’t think I’ve been eating too much recently, but I have been drinking a lot of liquids, including broth from soups.  Maybe that bloated feeling is from all that liquid in me.  I hope that’s all it is.  I guess I’ll find out when I weigh.

Someone offered Lita P10,000 for that pajak-pajak and I think she’s going to sell it.  That’s the same price we bought it for, so we wouldn’t be losing anything.  It has been improved since we bought it, but Victor did all the work for that.  I don’t get to use it anyway.  It’s at Judith’s house for Poppa to use as his ‘Cadillac’, but I don’t think he has used it very much recently.  Lita’s not much for waiting when she thinks she needs money for things.  I’m still working on making it so that she doesn’t have to think she needs money for things because she will have it.  If we have it and I hold it, it doesn’t get spent as fast, but at least she doesn’t waste it.  She buys stuff that we need and/or want. 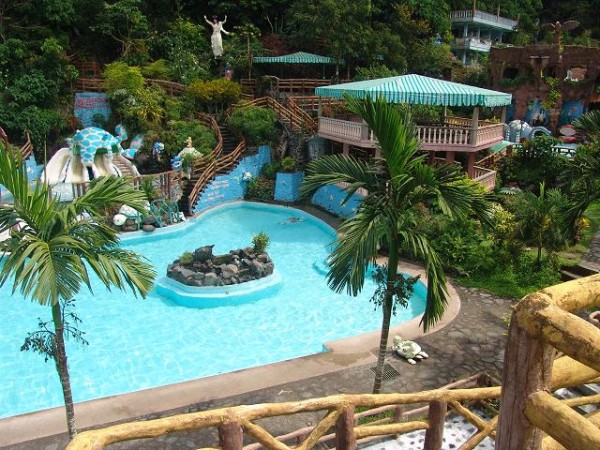 ianandmaybsz.weddingannouncer.com (I couldn’t get this link to show, but maybe you can.  It was such a nice picture, I had to include it here)

I’m hoping to have enough soon so that we can just do things when we want to, instead of just hanging around here.  After returning from Texas, we’ll be at or close to that position, if all goes as planned.  In the meantime, we’ll keep dreaming and hoping for the best.

Useless Knowledge:  Ants keep slaves. Certain species the so-called sanguinary ants, for example raid the nests of other ant tribes, kill the queen, and kidnap many of the workers. The workers are brought back to the captors’ hive, where they are forced to perform menial tasks.

4 thoughts on “Pressure Sleeping in Tabaco and Hot Peppers”